McCRACKEN COUNTY, KY — The Purchase District Health Department is reporting 123 new cases of COVID-19 were confirmed in McCracken County over the weekend.

This brings the new county total to 1,912 total confirmed cases, 691 of them being considered active cases, 28 people hospitalized with the virus and 19 people having died.

The oldest cases confirmed in McCracken County this weekend was a 95-year-old man, and the youngest confirmed case is a 7-month-old girl.

To date, the health department says out of the 199 total cases Ballard County has seen, 54 are still considered active, three people are in the hospital with the virus and one person has died.

Out of the 167 total people to have had COVID-19 in Carlisle County, the health department says 46 cases are still considered active, and one person has died from the virus.

Fulton County has seen a total of 246 COVID-19 cases with 16 of those still considered active and eight people having died from the virus.

The health department also says Hickman County has a new total of 152 confirmed cases, with 33 of those being considered active, one person hospitalized and three people having died. 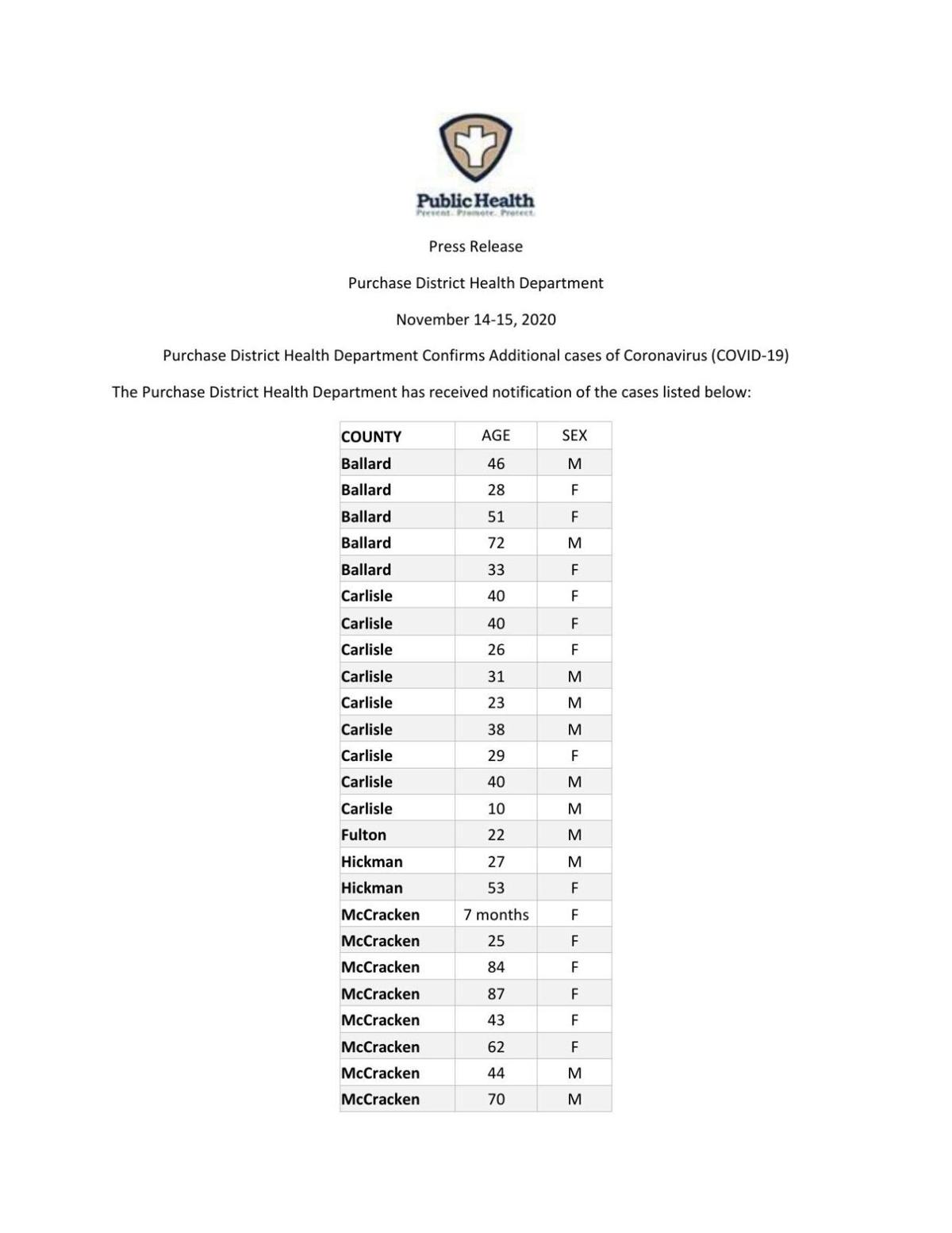