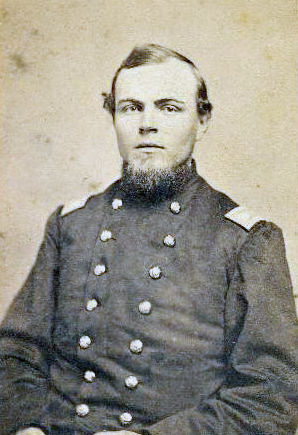 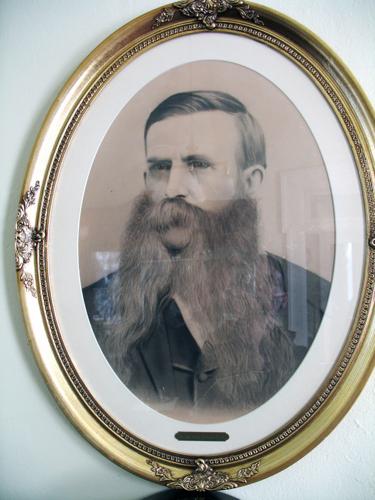 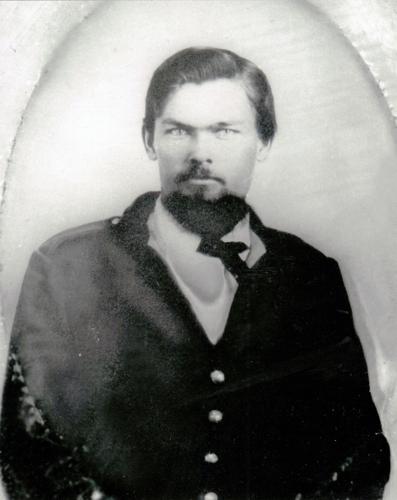 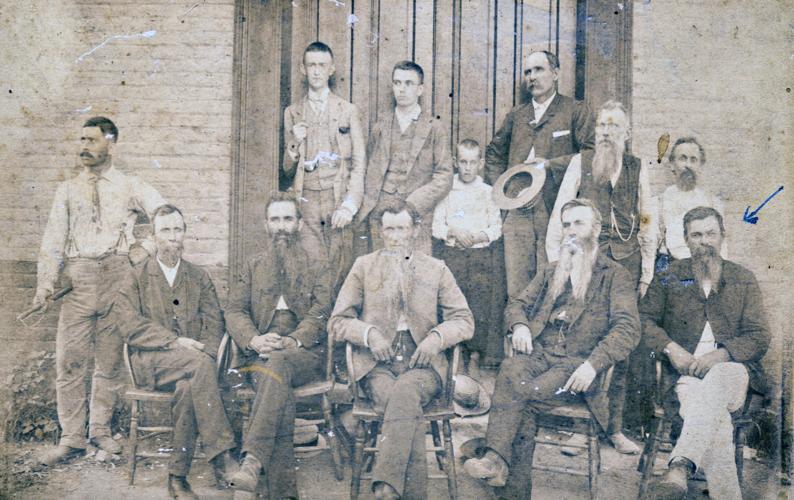 After obtaining the rank of captain while serving with the 29th Illinois Infantry Volunteers during the Civil War, William Harrison Tindall returned home to Massac County and farmed near Brookport. He was elected to two terms as Massac County sheriff in 1874 and in 1886. Tindall, the last person seated on the right, poses with courthouse officials at Metropolis during his time as sheriff.

After obtaining the rank of captain while serving with the 29th Illinois Infantry Volunteers during the Civil War, William Harrison Tindall returned home to Massac County and farmed near Brookport. He was elected to two terms as Massac County sheriff in 1874 and in 1886. Tindall, the last person seated on the right, poses with courthouse officials at Metropolis during his time as sheriff.

The first shots of the American Civil War were fired at Fort Sumter in Charleston Bay, South Carolina, on April 12, 1861. The final volleys were fired four years later on May 13, 1865, at Palmito Ranch, Texas.

This fratricidal conflict not only ran along geographical lines, but philosophical ones as well. While strong feelings prevailed on both sides of the conflict, Egypt’s citizens as a whole were awakened with a fervent love for the Union and its preservation.

No more than in Massac County was this found to be true as she contributed 800 men, or five-sixths of her voting population, to the war effort. These overwhelming statistics held true all across Egypt as the counties offered more men than expected of the region. In fact, when the State of Illinois was forced to draft men to fill regiments later in the war, not a one of the 3,500 drafted came from Egypt!

Following are the subsequent stories of eight of the men mentioned in the preceding series of articles that followed the 29th Illinois Infantry Volunteers.

Col. Loren Kent was a 22-year-old dry goods clerk at the onset of the war.

Entering the Army as a private in the Tenth Illinois, he rose rapidly in position. At age 23, he was provost marshal for the Army of the Tennessee on Gen. Ulysses S. Grant’s staff. In that role, he processed the paroles for the 32,000 Confederate prisoners at Vicksburg, Mississippi, in July 1863. Later that year, he became colonel of the 29th Illinois, valiantly leading them through the end of the war. Because of his meritorious service, Grant promoted him to brigadier general in the spring of 1865.

Following the war in 1866, he was appointed as collector of the Port of Galveston, Texas, for the U.S. Treasury Department. His rising star was abruptly extinguished the following year when he died in a yellow fever outbreak at age 27.

Kent’s remains were brought back to Illinois and laid to rest in Alton.

Elijah Patterson Curtis was born in Breckenridge County, Kentucky, in January 1835, and received a law degree from the University of Louisville in 1860. He joined Capt. John A. Carmichael’s original company in Metropolis as a lieutenant in August 1861.

The following year, he became captain of “K” Company after Carmichael’s resignation, eventually rising to the rank of major over the entire 29th Illinois Regiment.

Following the war in 1866, Curtis became clerk of the Circuit Court of Massac County, serving in that role for 26 years. In 1870, he married Isabelle Hellen Gebhart giving her a beautiful classical revival home at 405 Market St. in Metropolis.

The Elijah P. Curtis House was added to the National Register of Historic Places in 1978 and now houses the Massac County Historical Museum.

Curtis passed away on Nov. 18, 1901, and is buried in the Masonic Cemetery in Metropolis.

Originally in the 131st Illinois Regiment, William H. Tindall first enlisted as a private and, despite many odds against him, became captain of “K” Company of the 29th Illinois.

Tindall was born in Indiana in 1840, coming to Massac County at age 7. He married Elizabeth Berry in 1860 and farmed a few miles outside of Brookport in Washington Precinct.

Following the war, he was elected sheriff of Massac County in 1874 and then again for a second term in 1886.

Tragically, he later lost his lower right leg in a farm machinery accident in 1899. Despite this disability, Tindall lived for another 28 years, departing this life at age 87 in 1927. He is buried in Pell Cemetery.

William Shelby Bolerjack was born in 1821 at Indian Creek in White County. He and Elizabeth Walters were married in 1845 and farmed near Norris City.

As an older enlistee, he served as a sergeant throughout his three-year enlistment. His personal diary with over 1,000 daily war-time entries was invaluable to this author.

Bolerjack, a deeply spiritual man, along with his cousin Joel “Franklin” Deboard, a licensed minister of the gospel, both enlisted in “G” Company at Shadsville and returned to the area after their discharge in 1864.

Bolerjack passed away in November 1886 and is buried in Cherry Grove Cemetery in Hamilton County. Joel Franklin Deboard lived to the ripe old age of 83 in 1919 and is buried in Howard County, Missouri.

Brothers William and Henry Shappard were born in the early 1840s in Brake, Germany. They were sent to America ahead of their family in 1850 to escape forced military training in their homeland.

Their parents, Fritz and Hanne Schabbehard, along with their two daughters, followed in 1852. Fritz died on the voyage to America, and Hanne died in childbirth in 1859 after remarrying.

Ironically, with their parents deceased, William and Henry did indeed learn war as privates in Capt. Carmichael’s Metropolis company of enlistees, which was mustered in as “K” Company of the 29th Illinois.

Fulfilling their three-year enlistments, they returned to farming in the Rosebud community where they married — Henry to Martha Ann Davis in 1865 and William to Matilda Overton in 1866.

He served alongside his boyhood neighbors, the Shappard boys, in the 29th Illinois.

Following the war, he married Mary Elizabeth Gebhard and worked as a wheelwright at Capt. Alf Cutting’s Metropolis shipyard. He then worked as a clerk in the Massac County Circuit Court Office under E.P. Curtis.

In 1882, Nordeman received an appointment to the War Department in Washington, D.C. where he served for the next 38 years, retiring at the age of 76. He later moved to California and died there in 1934 at the age of 90. Nordeman is buried in Arlington National Cemetery in Arlington, Virginia.

How fitting to close this story of the 29th Illinois Infantry Volunteers with the words Nordeman wrote in a 1926 Republic-Herald newspaper article: “The people of Massac County have every reason to be proud of the boys she gave to preserve the Union, many of whom never returned to their loved ones at home in good old Metropolis and Massac County.”