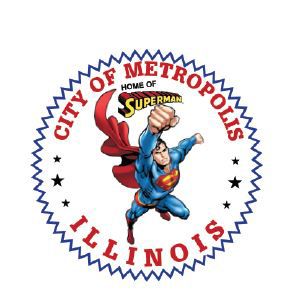 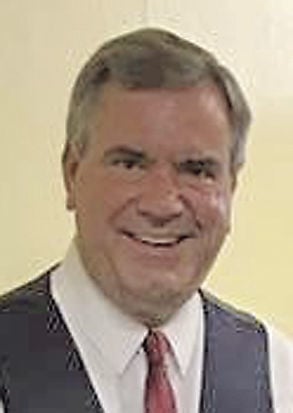 As of June 1, the City of Metropolis has resumed utility shutoffs to past due electric and water accounts. Shutoffs had been voluntarily discontinued during March, April and May at the recommendation of Gov. JB Pritzker to help Illinois residents who were impacted with work layoffs because of the COVID-19 pandemic.

“More and more people that have been called on to pay their bill have said ‘well the governor said we don’t have to pay them.’ Not true. The bill is still there. You have to pay. This is not utility free,” said Rick Abell, corporate counsel for the city.

Abell projects the past due amount will be about $540,000 at the end of June. “Going forward through this summer, although usage should pick up, rates are going to be considerably higher and when rates higher, well, then more and more people have a harder time paying. And more people fall into that delinquency boat,” he said.

Abell foresees the amount growing considerably by July and August because a lot of the customers will have less money after having spent their stimulus checks and unemployment bonus will be expiring. “It’s going to be tough. It’s going to be tougher on us (the city) so we have to start focusing on this now,” he said.

Through the pandemic the city has lost gaming revenues of at least $350,000 state revenues will be 9 to 17% less in the next fiscal year because of decreased tax revenue.

“We have to sort of stem this bleeding. We can’t let these balances grow bigger. Now, with that said, we aren’t heartless. We do understand. We have a lot friends and neighbors that have been impacted by COVID, and will be. And for that, we have created an application process where we could potentially defer some of their payments or spread out some of their payments, and make a payment arrangement with them. This also helps us separate the person that is truly affected from the person that just schemes and games the system, and we have plenty of them that scheme and game the system monthly,” said Abell.

“If you can show us that you have been impacted, then we have an agreement you can sign on the back that forms a payment agreement. Now, we’ve had payment agreements for years and not necessarily with all these terms in it, because we want to be able to collect these if possible, and we also want to let people know that you can’t do this over and over again,” he said.

The current payment plan requires half of the utility payment paid up front, and the rest of the amount is divided by five and applied to the next five bills. Currently residents receive one bill from the clerk’s office. If that bill is not paid in 30 days a finance charge is applied and a second bill sent. If that bill is not paid in seven days the service is shut off. To have the service reconnected the entire past due amount has to be paid, as well as a $50 fee charged to disconnect it.

“In the past we’ve had people who finish one payment agreement and then are ready for the next one. And that just doesn’t work, and we see our accounts receivable start to decline. We just can’t let that unpaid debt continue to grow exponentially,” said Abell.

Keeping this documentation will also help recoup FEMA reimbursements from costs incurred during the pandemic.

After a lengthy discussion among the council members, it was decided routine payment plans will be eliminated immediately. To be eligible for a payment plan residents must show they have been impacted by the COVID pandemic. This type of payment plan will be available through Sept. 30 or when Phase 5 of the Retstore Illinois plan is implemented, whichever comes first.

Council members also discussed different avenues of collections of past due money. Leaders at city hall will work on a formal collection policy for the city and present it to the council at an upcoming committee meeting.

In other business, the council:

• Approved a payment of $123,050 to ACIX for work at the city pool, splash park and new water line at the Massac Memorial Clinic.

• Approved a disbursement of $100,000 motel hotel tax funds to the Greater Metropolis Conventions and Visitor’s Bureau.

• And, adopted a resolution electing to receive cash consideration for 16,280 shares of Caesar’s Entertainment Corporation valued between $194,000 and $204,000 with Chad Lewis, Ward 4, abstaining. The city acquired the shares when Caesar’s filed bankruptcy as payment for past due utilities.