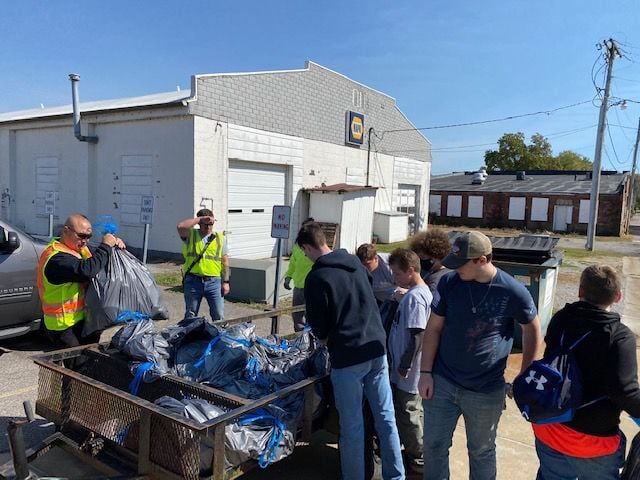 Volunteers load up a trailer with some of the 113 bags of trash they collected Saturday while cleaning Metropolis’ entry/exit ramps of Interstate 24. 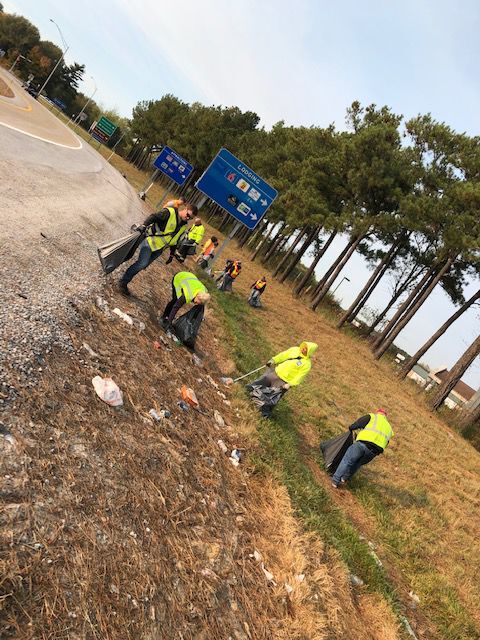 Volunteers load up a trailer with some of the 113 bags of trash they collected Saturday while cleaning Metropolis’ entry/exit ramps of Interstate 24.

It began over a cup of coffee and ended with a clean slate.

Members of the Metropolis City Fire Department were joined Saturday morning by numerous volunteers to clean the Metropolis’ entry and exit ramps of Interstate 24.

The group worked over 5 ½ hours and collected 113 bags of trash.

“I was really surprised we were able to clean up all four (ramps) in that amount of time,” said Bobby Williams, training officer for the Metropolis City Fire Department and Metropolis president of International Association of Fire Fighters (IAFF) L-3367. “Everybody went to work nonstop, and we accomplished quite a bit.”

The project began several months ago when a group of firefighters were talking over morning coffee at the firehouse.

“Something on the news prompted the discussion of the trash that morning, and we started talking about how much it has bothered us seeing it on our way to Paducah and coming and going from/to up north for the last couple of years,” Williams said. “So I said to (Chad) Beaumont, ‘Man, let’s just get the brothers and sister together and we’ll clean it up.’ Beaumont said, ‘It’s the first thing you see when coming into town and the first thing when leaving.’ I said, ‘Nobody else is doing anything about it.’ ”

It became an agenda item at their next union meeting and grew from there.

“Firefighter Butch Jones shot me a message link where it came up in a discussion Oct. 13 on a Metropolis/Massac County Watch Community Group Facebook page about the trash at the on ramp/off ramps,” Williams said.

That chatter got others interested. So, striking while the iron was hot, a cleanup date was set for four days later. And on Saturday, the firefighters, along with Boy Scout Troop 101 and volunteers started at 6:30 a.m. and finished around 12:10 p.m. cleaning the four ramps.

“We came across some pretty disgusting things,” Williams said. “There is no reason that garbage should be on the side of those ramps.

“We would like to thank retired city fire Chief Mike Childers (current chief of the Massac County Fire Protection District) for the use of roadside ‘Fire Activity Ahead’ warning signs, Boy Scout Troop 101, Metropolis alderman Jeremy Holley, (Metropolis Public Safety) director Harry Masse and the members of the Metropolis City Fire Department and IAFF L-3367 for all of their assistance.”