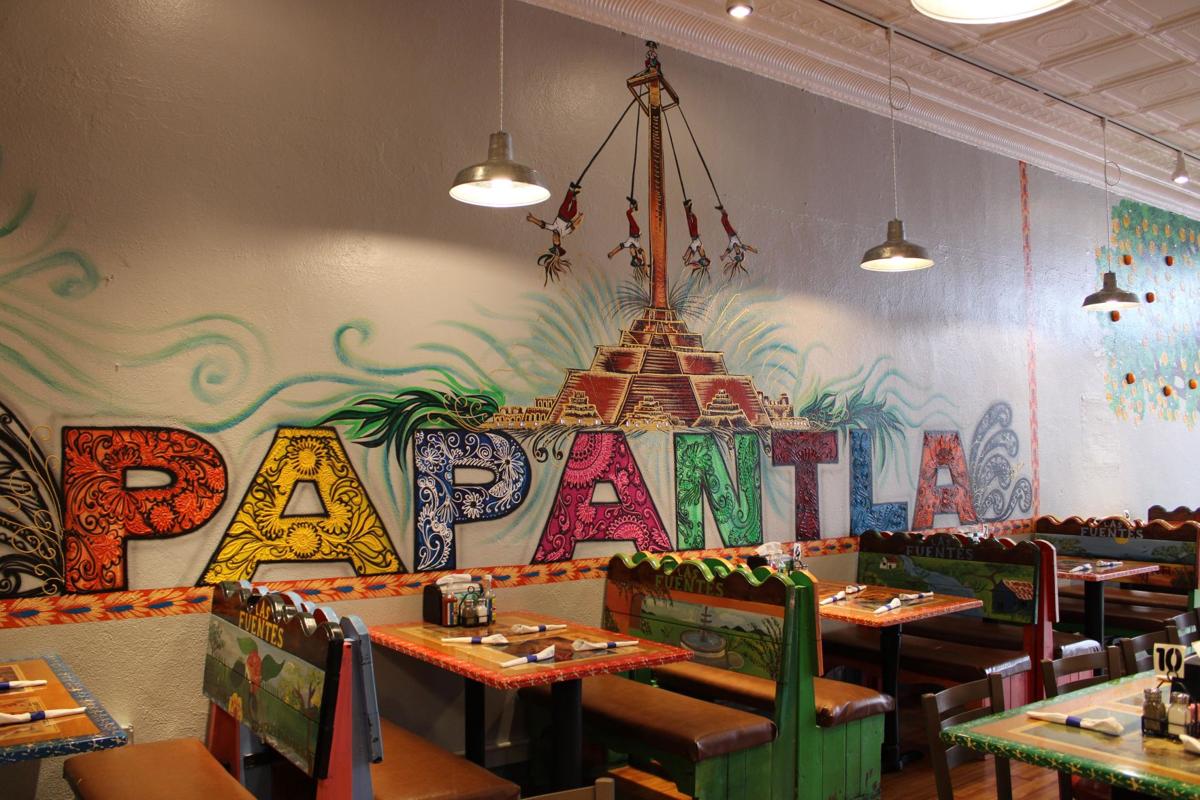 El Toro Loco is one of the newest businesses on Market Street. 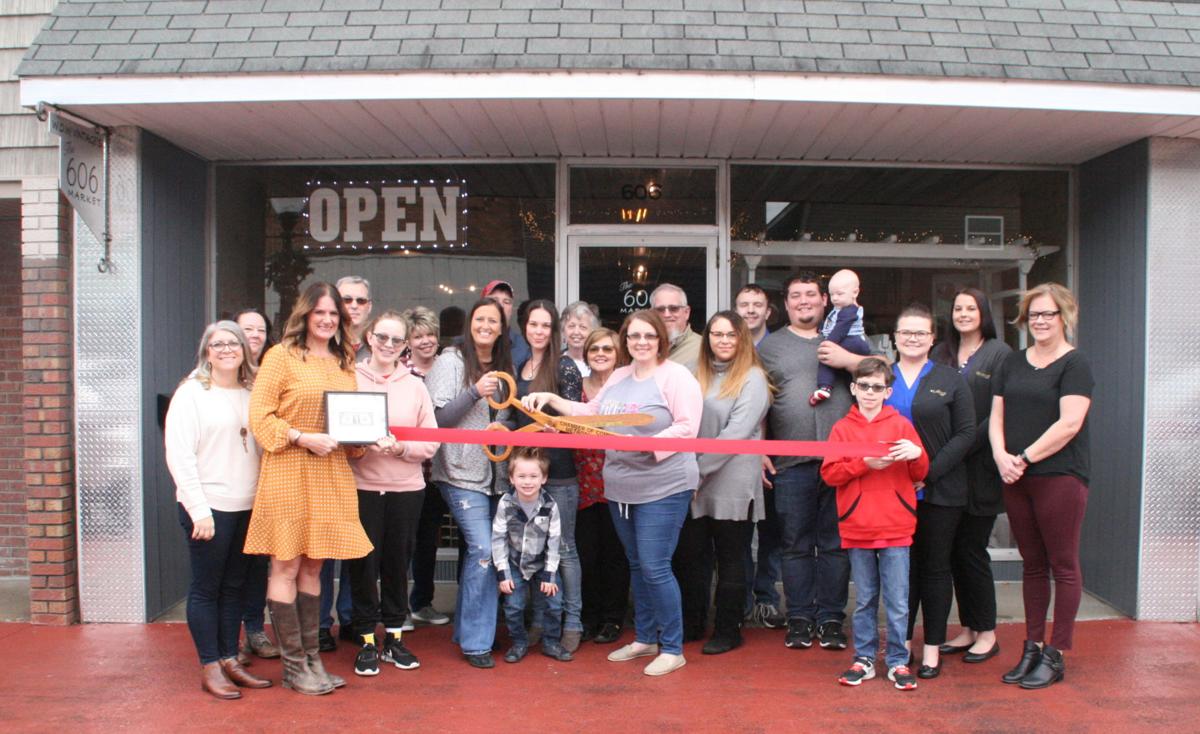 Ribbon cutting at The 606 Market.

El Toro Loco is one of the newest businesses on Market Street.

Ribbon cutting at The 606 Market.

The beginning of the new decade has brought with it two new businesses to Metropolis' Market Street. One of those, The 606 Market offers another retail store for people to shop and the other -- a restaurant, El Toro Loco, gives residents and visitors to town another option for dining.

Martinez-Garcia has lived in Metropolis for 11 years, and his wife is a Massac County native. He worked several years at El Tequila before he launched his first business Chuy's Landscaping, which he still operates.

"My wife and I opened the restaurant because it was a long-time dream of mine. We saw an opportunity and took it. I think that the size and location are perfect for what we wanted," said Martinez-Garcia. "We have about 10 employees right now. We are off to a great start and working to smooth things out during our busiest times -- on the weekends."

According to Martinez-Garcia, his father's nickname is El Toro, so his wife decided to name the restaurant after him.

Customers who dine in will notice the mural on the wall, as well as paintings of vases, near the restrooms. The paintings and mural were done by Jose Vera, a friend of Martinez-Garcia's from Nashville.

His wife also chose what was painted. "She wanted something colorful, and I kept asking what she wanted and she didn't know. Then she decided to have him paint stuff symbolic to my hometown," he said.

The word on the wall is the name of Martinez-Garcia's hometown and the pyramids and the Los Voladores -- guys on the pole -- are from where he is from.

"My family grows oranges and limes, so that is where the orange tree came from," he said.

The 606 Market also opened in December, and the official ribbon cutting was held on Dec. 26. The 606 Market owners -- Amy Williams, Monica Obermark and Chasida Williams -- have had friends and family ask them either individually, or as a trio, to help plan and or decorate for events such as wedding and baby showers.

"All three of us have always wanted to own our own business and what better way to make a business thrive than to merge three great ideas into one," said Amy Williams, adding "We all bring our own unique talents and capabilities to the table, and it certainly helps to be able to bounce ideas off each other and to us, it's not 'all about repurposing items.' Yes, we are all capable of doing such things and helping other through the process, but it's more than just that."

Because they all have an eye for design, they are good at event planning "We were able to acquire wedding rental items and look forward to what we can offer people in that area as well," said Williams.

Once they formed their LLC came the task of finding a location. Obermark was on top of that project and the women had their eyes on a vacant lot, but as luck would have it, the deal fell through, and they were on the hunt again for a spot to locate their business.

That was when a "A deal we couldn't refuse fell in our laps," said Amy Williams adding, "We switched modes from thinking we were going to design our space to taking a space to make it ours."

When the ladies had made their offer on the vacant lot and were waiting on a response, Chasida Williams, in passing, came across 606 Market Street, which was possibly for sale.

"I made contact with the previous owner on a Sunday, we set up a time on that following Monday evening. We all three met up there, looked at it. We walked out the front door, stood there for about 15 minutes discussing it and the rest is history," said Obermark.

They bought the building, each putting in one-third. "We do it all ourselves, so far. We've had the fantastic help of friends and family to help us get to where it is now. It has helped tremendously that we are all married to 'handymen,'" said Amy Williams. Amy is married to Obermark's youngest brother, Daniel, who is an engineer. She has been doing custom art since she was 16.

"I did much more custom work when I was back in Michigan," said Amy Williams. She's been in Metropolis for going on nine years. When she lived in Michigan she taught at a ceramics studio and made items to be sold at a local store in downtown Port Huron.

Amy Williams, who has a bachelors of fine arts, a masters in the art education and a teachers certification, has worked for public education running a program for at risk high school students, among other jobs, which leads up to the next challenge. "We intend to create a classroom in the back of our building, where we can hold a variety of classes and do hope to get some input from the community on what type of classes they would be interested in," she said.

The LLC, W.O.W. Vintage is derived from the last names -- Williams, Obermark and Williams. As mentioned, Amy is married to Obermark's youngest brother and Chasida Williams is married to John Williams, Monica's older brother, who is a mechanical engineer. Monica is married to Kevin Obermark, who is a millwright.

According to Obermark, one of the hardest things about the building was coming up with a name.

So, after many choices of names -- the last count was about 150, according to Obermark. They finally came up with The 606 Market "You see we didn't want to call it just 606 market because in our opinion if and when we expanded, we felt that just plain old 606 Market was just a street number. By adding "The" to the name we could expand or business into anything," said Obermark, emphasizing The 606 Market name could support the concept.

As for repurposing the building, they gutted the interior of the building, but everything they took out, they put back in, only in a different concept. For instance, for the booths for their vendors, instead of buying new 1x4s, they just used the ones from the building that were holding paneling to the brick walls.

The ceiling was a drop down ceiling, and the women felt as though they were closed in. So they all got together and took out the ceiling, only to find out there were two sets of rafters.

Once the walls and ceiling were torn out to open up the space, they began to put it back together.

"We all wanted a vintage styled look for our building. I had some old 5-rib galvanized tin I had been sitting on for about 15 years, always intending to do something with it someday. Then a light bulb went off. We used the 5-rib for the ceiling," explained Obermark.

"But we all wanted antique ceiling tiles," said Obermark. They thought about their new next door neighbor, Joey Sommer, whose business Home Again, deals with architectural salvage and he had just what they needed.

Chasida Williams has set up at events with her business, Custom Southern Co. and continues to do that. "The three of us all work outside of the store, but are also the only ones who work the store, so no other employees have to be hired. That is a definite plus to having three of us," said Williams.

"The more vintage/antique type stores in the area, the more people will travel at farther distances to shop. So I think we are an asset to Market Street," said Chasida Williams, who says they are different in that all three of them have different styles, adding different items than other stores, along with their new paint line they carry -- The Wise Owl.

"We are also adding something new and exciting to our community by adding the classes. My husband is a union electrician and took off work to rewire the entire store. He hand bent all the conduit, which is exposed in the store, giving it a more industrial look. We decided to go with a more industrial design style of lighting also to balance nicely with the brick walls and exposed conduit. All our families have put a lot of time to see our dream come to life," said Chasida Williams.

"We have been welcomed by our community and everyone seems excited to see Market Street coming back to life. We have had a great start to our business at The 606 Market and look forward to the years ahead," said Chasida Williams.