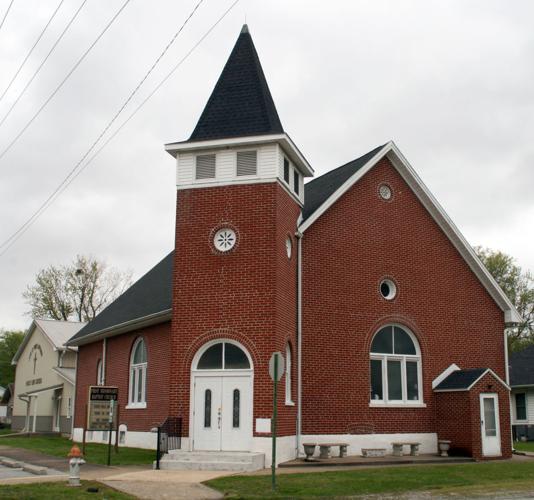 While the First Missionary Baptist Church building at the corner of Seventh and Vienna streets has been a part of the Metropolis landscape since 1903, the congregation itself dates back to 1866. Members will celebrate the church’s 156th anniversary on Sunday, April 24. 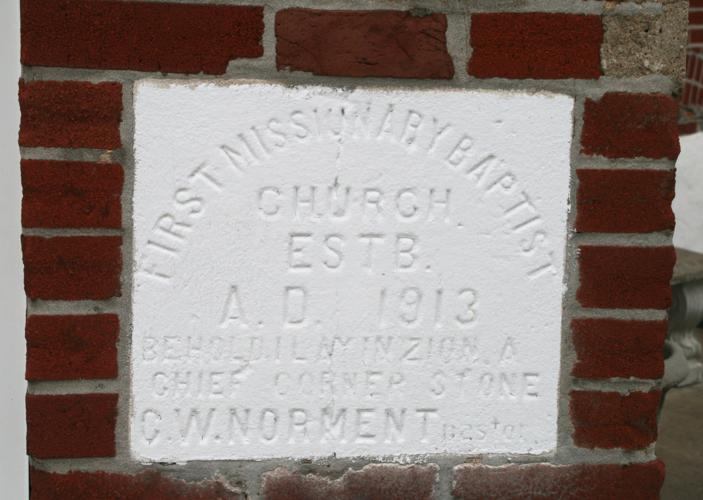 The cornerstone at the front door of First Missionary Baptist Church commemorates the building’s 1913 construction on the corner of Seventh and Vienna streets. 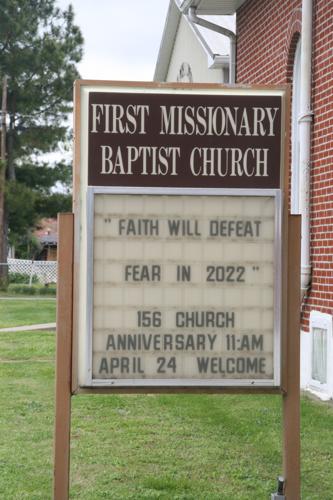 While the First Missionary Baptist Church building at the corner of Seventh and Vienna streets has been a part of the Metropolis landscape since 1903, the congregation itself dates back to 1866. Members will celebrate the church’s 156th anniversary on Sunday, April 24.

The cornerstone at the front door of First Missionary Baptist Church commemorates the building’s 1913 construction on the corner of Seventh and Vienna streets.

What does it take for a congregation of people to reach a three-digit anniversary?

The Rev. Dr. Orlando McReynolds has his own theory.

“I think family has a lot to do with the sustaining of a congregation,” he said. “One thing I’ve found since moving here is that in the African American community, it’s basically almost made up of several families and it becomes a family tradition — this is what we do, this is what we believe, this is where we go.”

“This” revolves around First Missionary Baptist Church, which will celebrate its 156th anniversary on Sunday, April 24. McReynolds, the church’s pastor, will speak at the 11 a.m. service to commemorate the occasion. Dinner will be served afterward. All are welcome to attend.

First Missionary is possibly the oldest African American church in Metropolis, if not Massac County. According to the Metropolis Sesquicentennial Historical Booklet, it was at least the sixth church organized in the city, which itself was founded in 1839.

Its roots reach back to 1866 when it was founded by a group of dedicated Christians and named the African Baptist Church. The Rev. R. Broyles was the first pastor. The congregation held its first worship services in a brush arbor on Third Street, near the Ohio River, before moving to the home of Jane Robinson.

The first church building was constructed on the corner of Seventh and Vienna streets in 1903. At the same time, the name was changed to First Missionary Baptist Church. That building was destroyed by a 1913 cyclone, but soon after, the current structure was built in its place.

According to church history, the late Lenus Turley became the church’s 13th pastor in 1953. He came to First Missionary from the Clover Leaf Baptist Church of Joppa and the Unity Baptist Church of Brookport. During his four-year tenure, construction of the church basement was begun, washrooms were installed and the baptismal pool was added. Before this, baptisms were held in the Ohio River.

First Missionary marked its centennial in 1966 and at that time had the distinction of being the oldest church in the Mount Olive District.

The church’s steeple was struck by lightning during an Aug. 24, 2004, storm, causing fire and water damage to the front entrance and vestibule. For several months during the reconstruction, the congregation met in the basement.

Rev. Garnell A. Edwards became the church’s 22nd pastor in December 2005. The church continued to grow and ground was broken in July 2006 for the First Missionary Family Life Center, with construction beginning in August and the dedication on Feb. 17, 2008. The center was designated as 501c by 2012.

McReynolds said the premise of the center is to be an outreach to the community.

The center served as a location for the summer lunch program from 2017 to 2019. Those first two summers, it served 2,500 meals to Metropolis youth.

The center also has classroom space and has been the site for different programs. The church received a grant from Harrah’s to purchase five laptops to hold “It’s My Turn” to teach computer literacy to seniors and baby boomers. Dale McReynolds held an art program for seniors and youth.

The Family Life Center can also be rented out for wedding receptions, funeral gatherings, etc.

McReynolds was voted as the 23rd pastor of First Missionary on Oct. 8, 2013. He and his wife, Dale, moved from Harlem, New York, to Metropolis and he preached his first sermon as pastor on Nov. 3, 2013.

“It was the ideal situation,” he said. “And, I saw potential here as far as the congregation. It was a perfect match, a win-win situation. I didn’t have to think about it twice.”

For McReynolds, coming to First Missionary was a homecoming of sorts.

Born in New York, he spent many summers in Paducah with his father, who was originally from there. McReynolds decided to stay in Paducah, which is also where Dale is from, for his senior year of high school and graduated from Tilghman.

He went into broadcasting, mostly in radio news after getting his first break as a disc jockey at WKYQ and then at WPAD, where he started its first soul music program. He went to a station in Louisville before returning to New York. He was there for a total of 38 years. He married Dale in 1989, accepted the call to become a preacher/pastor in 1991 and was ordained in 1994, following the footsteps of his grandfather, father and son. When he retired after 19 years from a church in Brooklyn, they decided to move back to the Paducah area so Dale could be closer to her family.

But McReynolds wasn’t quite ready to fully retire. He put in some resumes and learned First Missionary had an opening.

He recalls church member Lorenzo Mann making the comment, “’You sure look comfortable up there.’ I said, ‘It looks just like where I was last Sunday.’ ”

McReynolds noted that while older members, like pianist Jo Martha Clark and fourth-generation deacon Calvin Owens, are the glue of a congregation, “it’s the youngest ones serving” who help keep it going.

“When you look at the family names of this congregation through the years, there aren’t many descendants left. It begs the question: Where did they go? Did they die out? Did they leave because there’s nothing left in this community? If that’s the case, let’s hope it’s not the future.

“The thing you don’t want to see is a church age out,” he continued. “One of the reasons I continue the annual Martin Luther King Day program is to bring the community, the congregation and the civic leaders together. We tell our young people to stay in school, go to college, get a good job; when they come back with the diploma, they ask where the good job is, and because the jobs aren’t here, they’re gone. What you have here is not only a congregation that’s aging, but a community that’s aging. It’s about attracting and harvesting the young people and bringing them in; that’s not a problem that’s unique to this congregation.”

A more recent situation is an after-affect of COVID-19 restrictions. McReynolds recalls when the 2020 restrictions began, it was in the middle of Holy Week. “I made the announcement that I, my wife, Deacon Owens were going to be here and in the Bible, where two or three are gathered together in his name, he’ll be here also,” and he left the decision to come or stay home to the members.

“I didn’t realize the government had limited it to 12 people, but, don’t you know, every week, we had 12 people, like 12 disciples,” he said. “On Pentecost Sunday (2020), I sent a letter asking everyone to come back, and basically, most of them did. And we’ve been rocking ever since then. What hurt us, though, is a matter of recovering the parents and young people we had.”

Like many churches because of COVID-19, “we learned how to make lemonade out of lemons” by going to YouTube and Facebook Live with its services picking up 200 people a week, including many who live out of the area.

“COVID in itself didn’t hurt us. It was an obstacle that gave us another opportunity,” McReynolds said.

With a vision of “serving Christ and the community,” First Missionary continues to look for those opportunities to serve. Those areas, so far, include a community outreach program asking for donations to help women affected by domestic violence; a Secret Pal Program allowing church members to encourage others; and providing the COVID-19 vaccine through Operation Sure Shot. A Juneteenth block party is in the works for Monday, June 20.

“I often call this the best congregation south of heaven,” McReynolds said. “Unlike some congregations I’ve had experience with, there’s not turmoil here. It’s a congregation that loves each other — and you can’t love the Lord unless you love each other. We’re blessed here.”