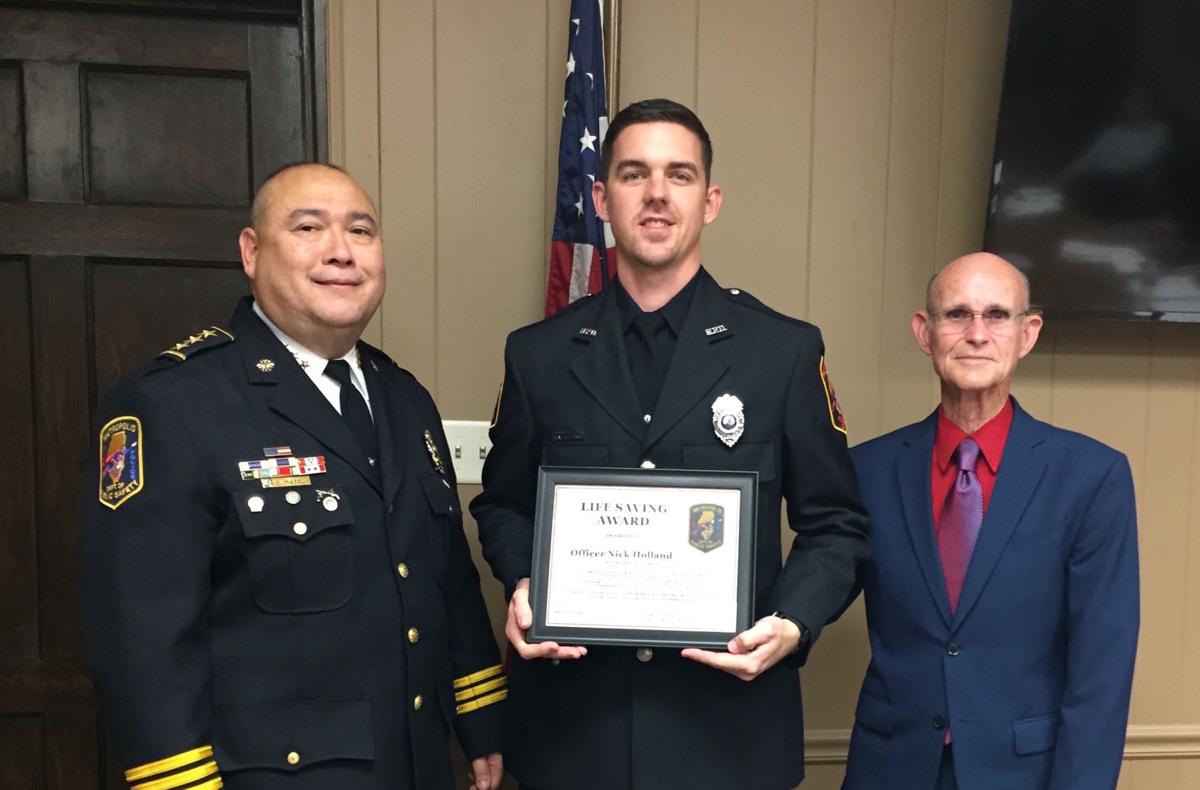 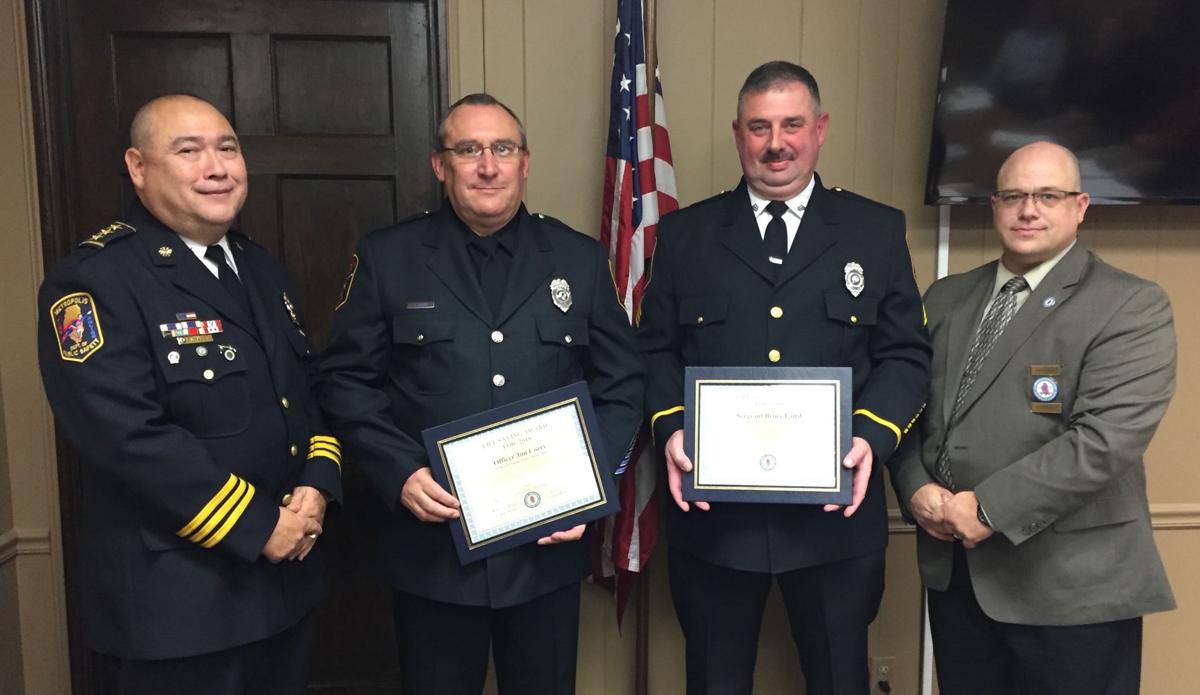 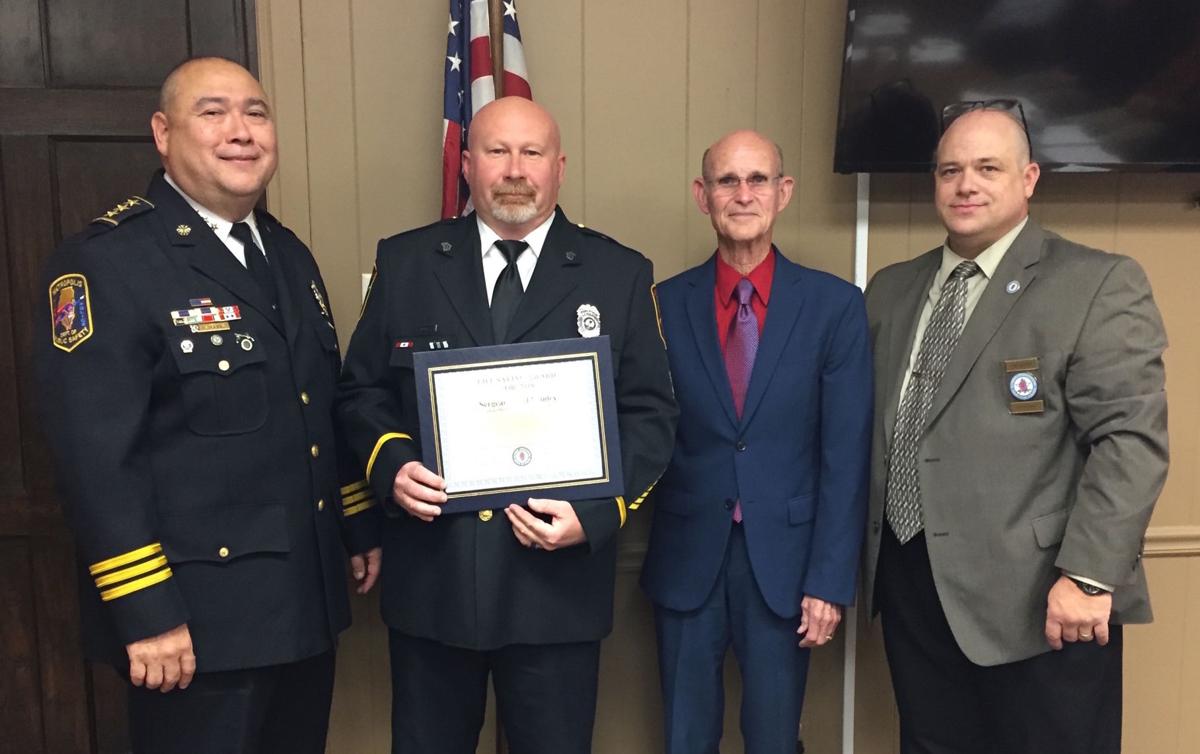 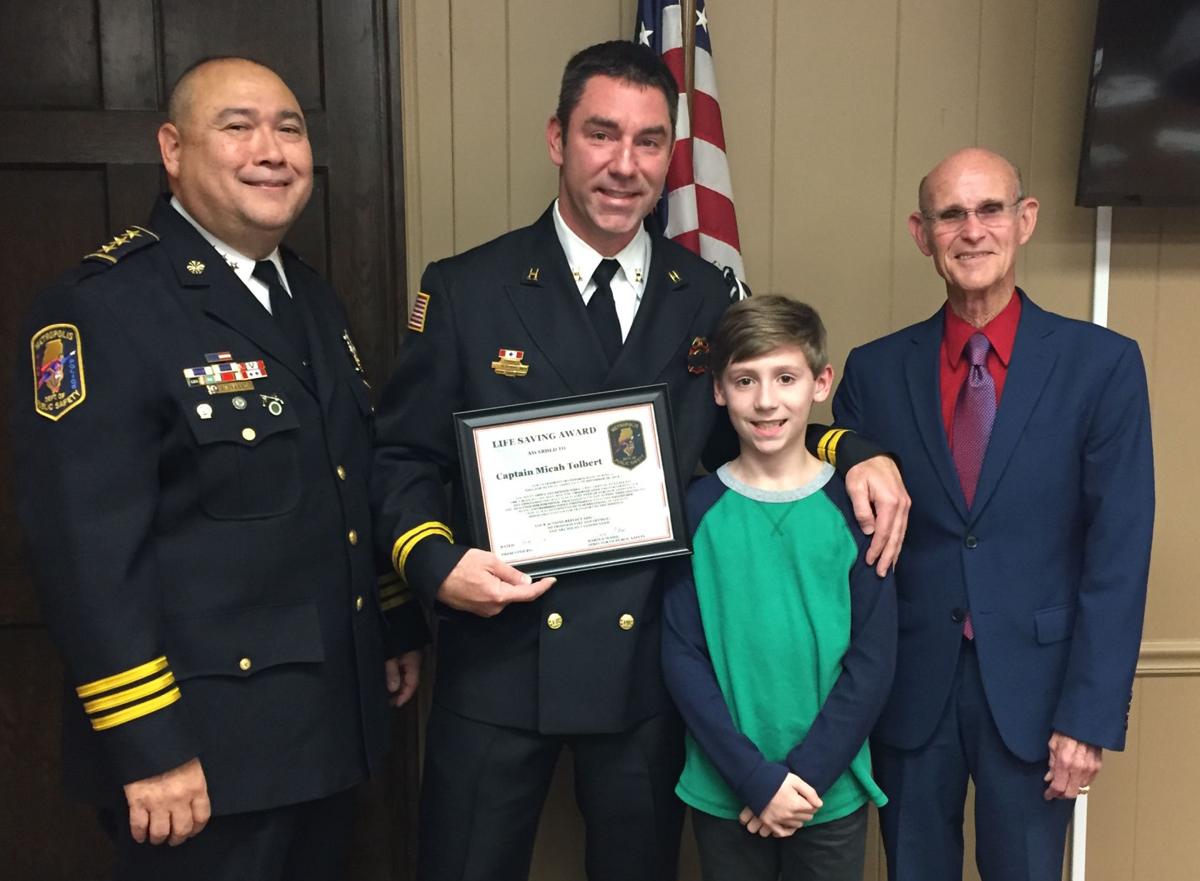 Being a police officer or a firefighter is never an ordinary job, and many times they have to do extraordinary things. Six police officers and one firefighter were honored Monday night at the Metropolis City Council meeting for going above and beyond their normal job descriptions in the line of duty.

Chief Dan Ryan with the Illinois Association of Chiefs of Police was in attendance to present several Lifesaving Awards.

Officer Jim Corry, Sergeant Bruce Laird and Officer Michael Hamilton were presented Lifesaving Awards for saving the life of a man who had slit his wrists. They were dispatched to his home because he was armed with a knife and threatening to stab his wife.

Sergeant Carl Manley and Officer Daniel Austin were presented a Lifesaving Award for running into a burning house and saving the life of a woman trapped inside.

Officer Nick Holland was presented a Lifesaving Award for medical care he administered when he was dispatched on a medical assistance call.

Firefighter Captain Micah Tolbert and Firefighter Robert Williams were also presented Lifesaving Awards for their actions on a medical assistance call. Tolbert arrived on the scene, immediately assessed the situation of a male having seizures, determined he was having a heart attack and provided life saving measures.

During the business portion of the council meeting, the council adopted Ordinance 2019-26 - the tax levy for fiscal year 2019-20. The total amount to be levied is $1,646,842 and is a 1.5 percent increase from last year, which is within the limitations of the Property Tax Extension Limitation Law. Of that amount the city asks for an abatement in the amount of $1,010,925 for an alternate revenue bond fund.

In other business, the council:

n Approved a resolution to seek proposals for engineering procurement and construction contract for the Metropolis Swimming Pool Improvement Project through a Request for Qualifications.

n And discussed a proposed ordinance regulating the adult use of cannabis. The ordinance will be discussed further during an Ordinance Committee meeting Thursday at 1:30 p.m. at City Hall.