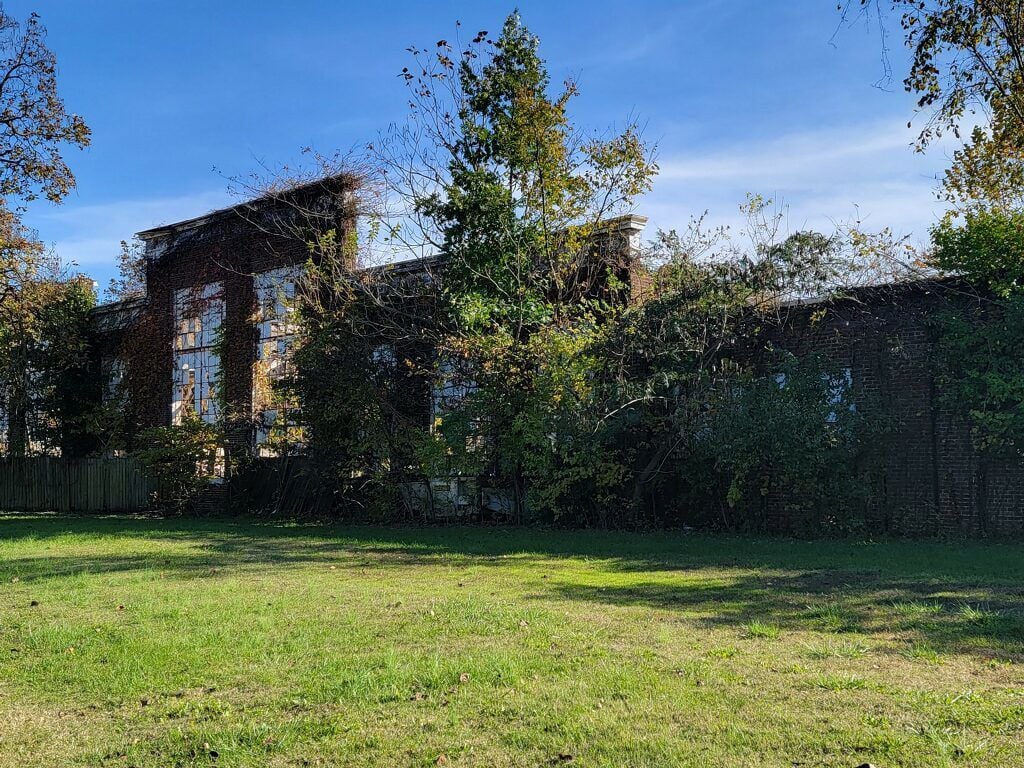 Demolition of the former Laidlaw buildings began on Tuesday, Nov. 2. 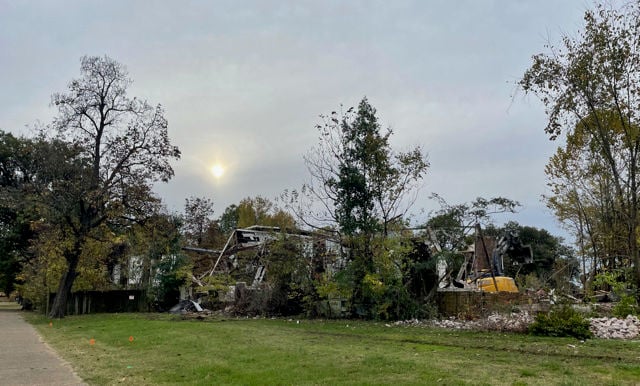 Equipment plows its way through the former brick Laidlaw building that ran parallel with the Fort Massac State Park entrance. 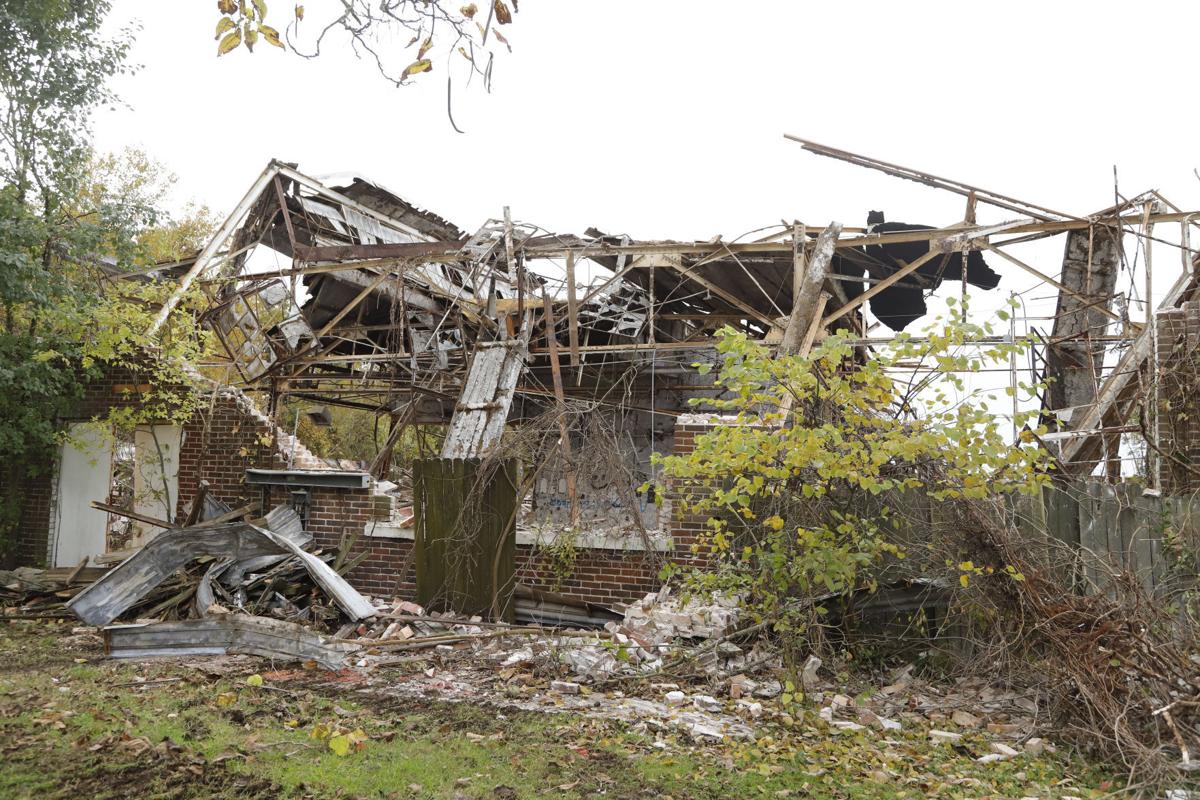 It took just a day for progress to be seen on the former Laidlaw property. 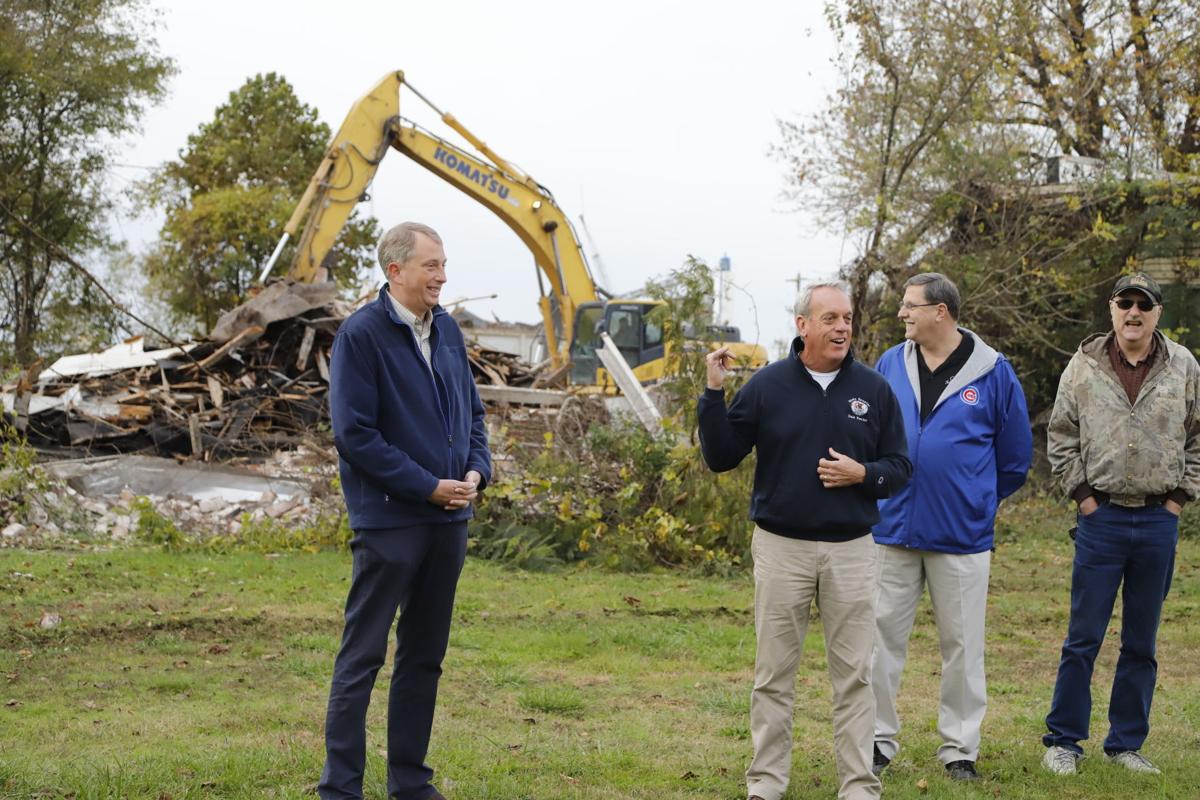 Demolition of the former Laidlaw buildings began on Tuesday, Nov. 2.

Equipment plows its way through the former brick Laidlaw building that ran parallel with the Fort Massac State Park entrance.

It took just a day for progress to be seen on the former Laidlaw property.

Crews from S. Shafer Excavating & Demolition are making quick work in the demolition of the buildings on the former Laidlaw property.

The work began last week on Tuesday, Nov. 2, and by the time State Sen. Dale Fowler, R-Harrisburg, and State Rep. Patrick Windhorst, R-Metropolis, arrived on Wednesday morning, Nov. 3, to see the site, many of buildings had been knocked down.

Fowler was last on the property in June when he announced Friends of Fort Massac (FoFM) had officially received $200,000 for the demolition of the Laidlaw building next-door to Fort Massac State Park. It was news the volunteer organization had waited nearly a decade to hear. FoFM began working toward the purchase the Laidlaw property from the city of Metropolis in March 2009 and was able to do so in December of 2013. From 2014-20, “we’ve been working on grants from different sources,” said FoFM President Mike Korte, and held several fundraisers to fund the demolition and complete various environmental studies required to tear down the buildings.

The not-for-profit organization’s goal for the site is to erect Massac Village, a colonial village that depicts the city originally developed prior to Metropolis and was in tandem with the development of the military fort known as Fort Massac. The Laidlaw property was built upon what is known to be the original settlement of Massac Village.

“The Friends of Fort Massac is a great organization, and I am pleased to see steps being taken to make their Massac Village vision a reality,” Fowler said Wednesday.

Laidlaw consists of 10,000-square-feet of buildings. According to the demolition agreement, S. Shafer, which is located in Granite City, is to be substantially complete with the project by Dec. 26 and totally complete by Jan. 26.

“They will have no problems meeting those deadlines,” Korte said. “The demolition is coming along much faster than we expected.”

In addition to the grant, the city of Metropolis has earmarked funding help with clean up of the property.

With the razing of the site now a reality, FoFM’s next big push is raising the funds to make construction of Massac Village happen.

“Funding will be an ongoing issue for us we will be taking things one step at a time,” Korte said. “The next step will be landscaping the area in preparation for the village.”