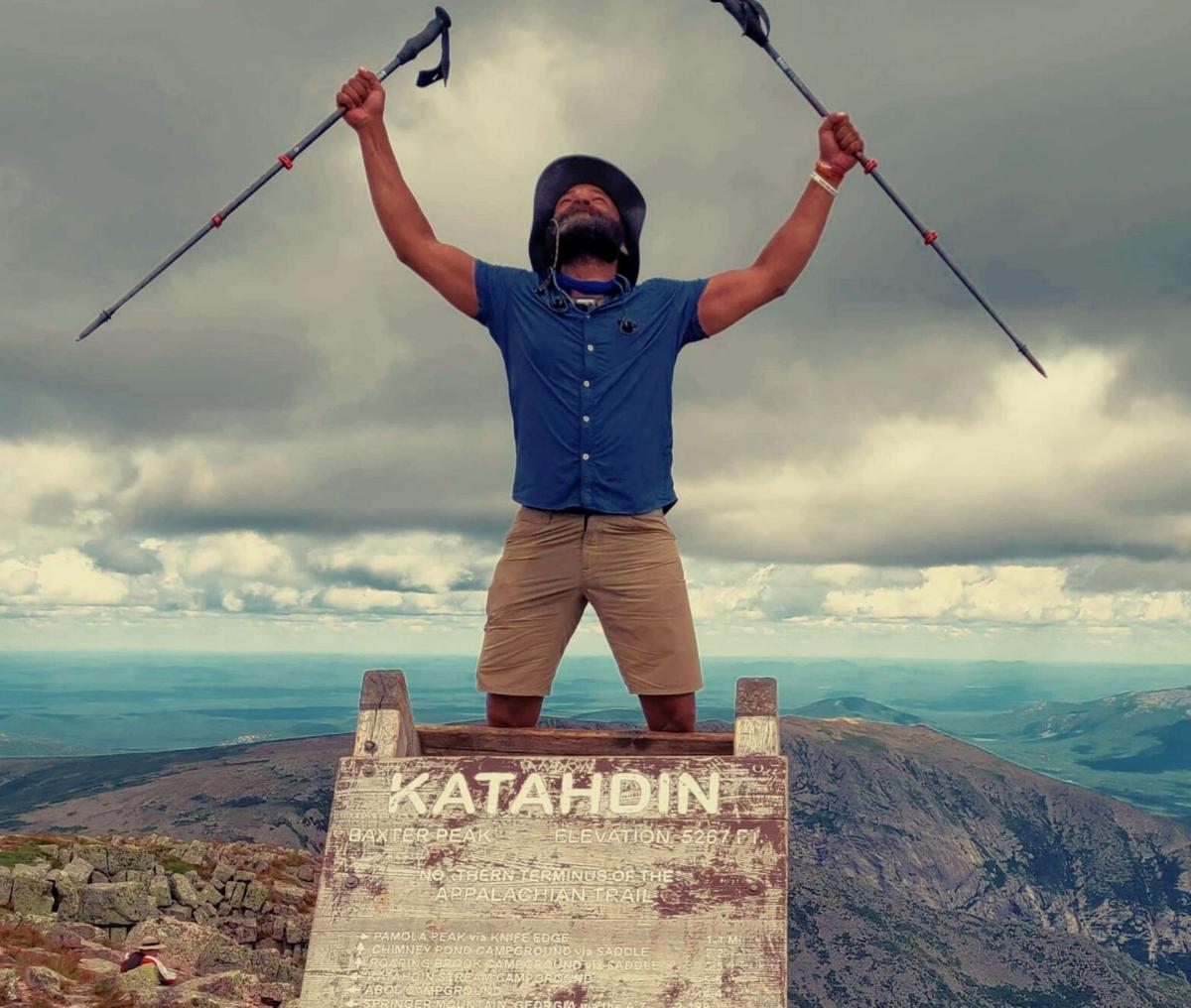 Marion resident William Allen celebrates Aug. 16 atop the summit of Maine’s Mt. Katahdin, the final peak on his 2,190-mile trek of the Appalachian Trail. The 38-year-old was never much of a hiker before, but he hopes this is the first of many long-haul expeditions. 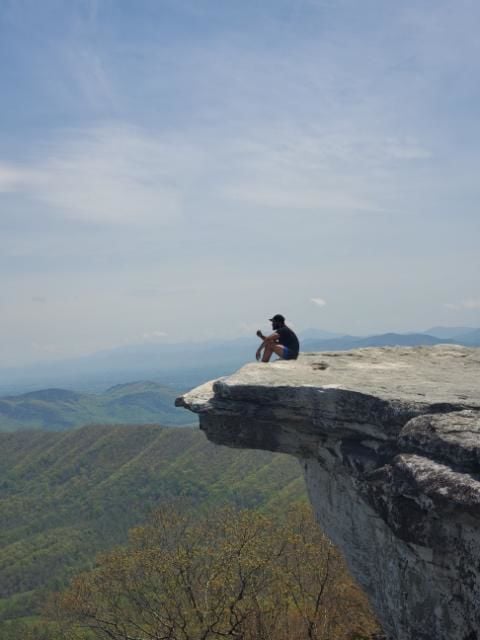 Marion resident William Allen looks out off a ledge during his Appalachian Trail expedition. 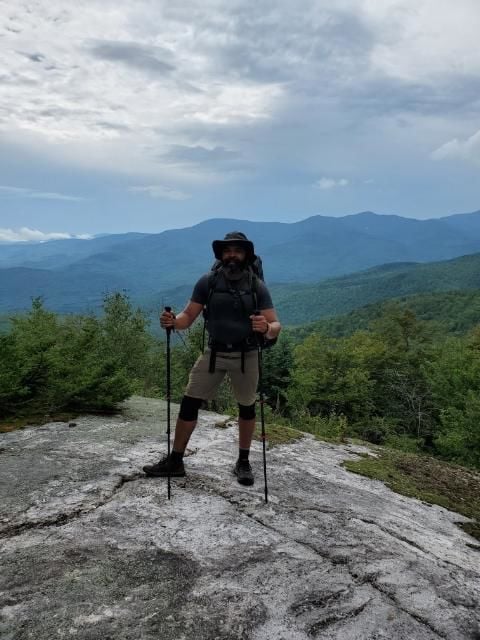 Paducah native William Allen poses in front of one of the many gorgeous views he experienced along his 2,190-mile trek of the Appalachian Trail that he completed on Aug. 16.

Marion resident William Allen celebrates Aug. 16 atop the summit of Maine’s Mt. Katahdin, the final peak on his 2,190-mile trek of the Appalachian Trail. The 38-year-old was never much of a hiker before, but he hopes this is the first of many long-haul expeditions.

Marion resident William Allen looks out off a ledge during his Appalachian Trail expedition.

Paducah native William Allen poses in front of one of the many gorgeous views he experienced along his 2,190-mile trek of the Appalachian Trail that he completed on Aug. 16.

While most of America was social distancing, one Paducah native took it to new heights by completing a trek of the Appalachian Trail just days ago.

William Allen, a 38-year-old resident of Marion, Illinois, was never much of a hiker before March but, just days before the COVID-19 pandemic swept the country, he felt like something in his life needed to change.

“I was just sitting there at my desk one day and I felt like a part of me was missing, so I had to go out and find it,” he said. “I decided that I needed to figure something out and the next day I took off on the trail.

“I’ve never really gone on a hike nothing like this.”

The Paducah Tilghman High School graduate started hiking in Georgia on March 7 and, 162 days and 2,190 miles later, summited the final peak of Mt. Katahdin in Maine on Aug. 16.

Allen thinks his lack of experience both helped and hindered him.

“I didn’t really know what to expect going in but I remember I told myself I was going to find someone who’d done some serious hiking when I got there and try to figure it out along the way,” he said. “I met someone at the shelter after the approach trail and went with them the next morning and learned the ways of the hiking world.”

One of his bigger errors starting out was just the equipment he chose to carry.

“I didn’t really do much research. When I first started I had the worst gear you could possibly have,” Allen said. “I basically went to Walmart and got everything that I thought I needed in terms of a long camping trip instead of a hiking trip. It was heavy and ridiculous.”

The hardest part, Allen said, was “to keep going and believing in yourself. It’s a very long and strenuous hike. It’s 2,190 miles up and down through the mountains. It may sound like the easiest thing, but it’s the hardest. You just have to keep walking.”

Highlights for Allen along the trip were, in particular, Franconia Ridge, The White Mountains and the Presidential Range in New Hampshire.

COVID-19’s effect on the trip added difficulty to Allen’s reentry into society more than the trek itself.

“It came to the point where you didn’t know whether it’d be safer to get off the trail or stay on because we didn’t know very much about it just yet,” he recalled. “A lot of us made the decision that it’d probably be safer to just be in the mountains.”

Staying far apart from loved ones and friends when he’s been so close with his trail family for months made for a weird transition back into the working world.

“Distancing yourself from people is strange because you’ve become so close with the people you meet on the trail,” Allen said. “Just getting back out here in the world is weird. It’s kind of weird going back to work after five and a half months of being gone on the trail, but it just kind of worked out that way.”

Though Allen has returned to his work at an automotive shop in Marion, he can’t help but think about his next trek. He wants to complete the Triple Crown of Hiking, which means doing the Pacific Crest Trail (2,654 miles through the Sierra Nevada and Cascade mountain ranges) and Continental Divide Trail (3,100 miles through the Rocky Mountains).

“It’s just kind of opened the door for future expeditions,” he said. “I do plan to do all three. Hiking has just brought me a sense of peace that I’ve never gotten before.”

This personal growth that Allen’s experienced fuels his hunger for further hikes.

“It’s just serene. You have so much time to talk with your higher power, whatever that may be, and to commune with yourself. I was always filling this void with stuff that was never good in life.

“I just found a happiness, a completeness, a wholeness in myself, that I’ve been searching for for so long.”