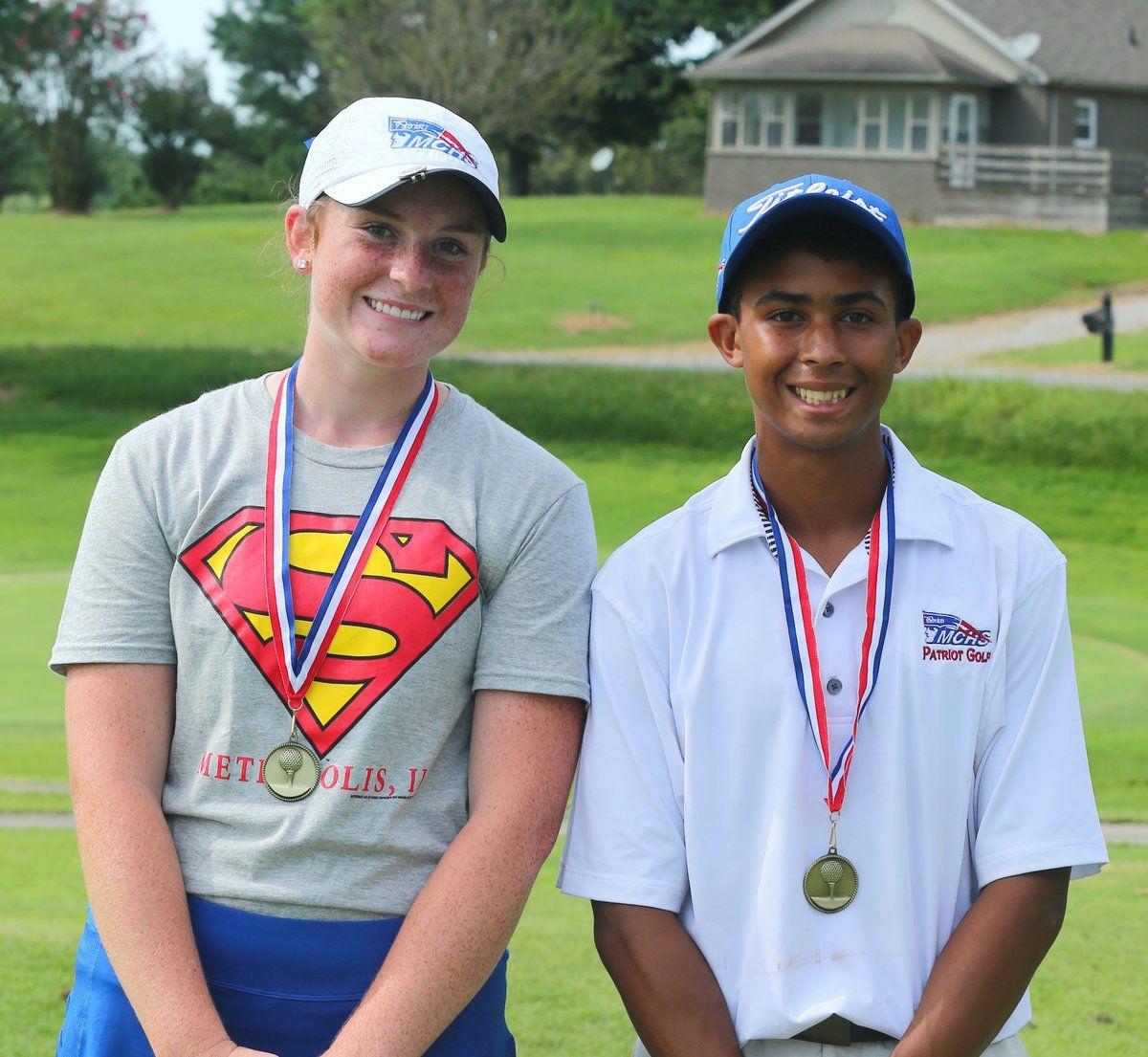 Madie Coakley and Micah Troutt were medalists for Lady Patriots and Patriots. 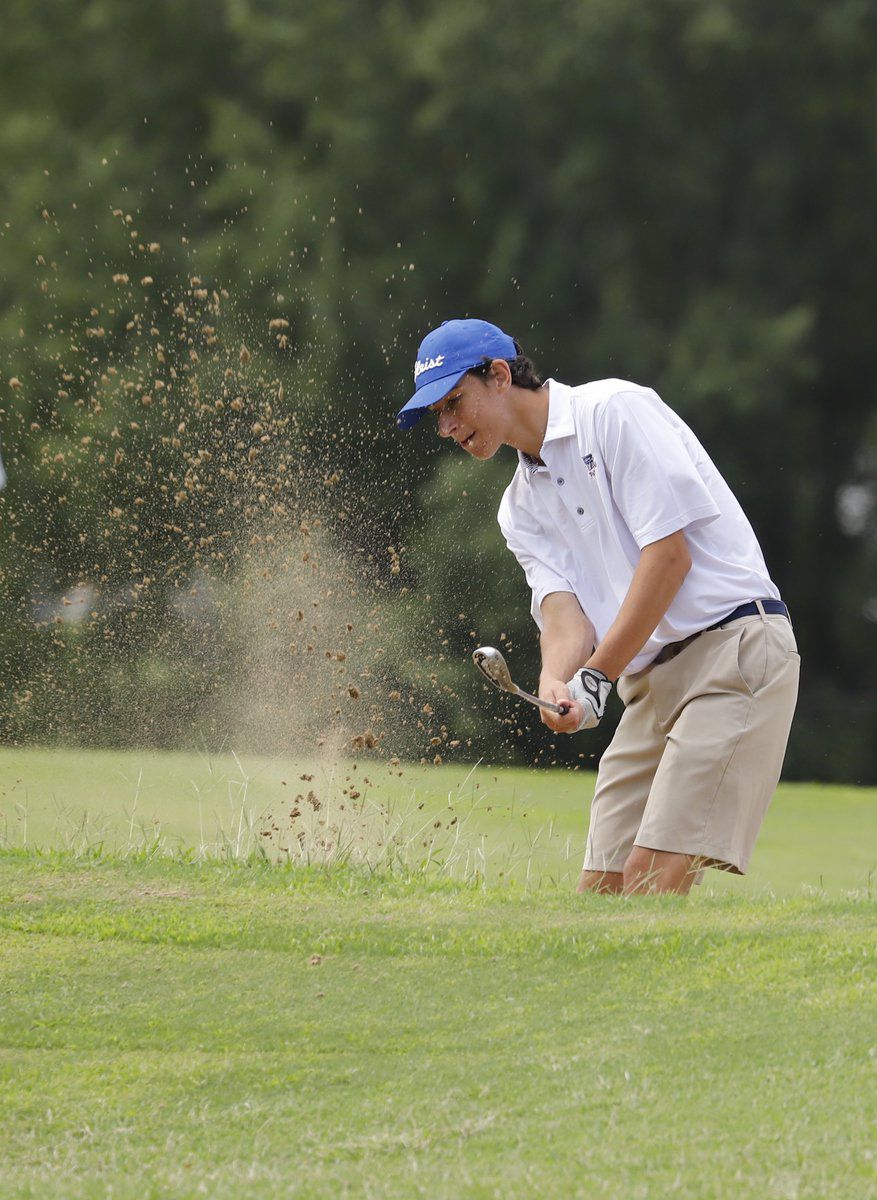 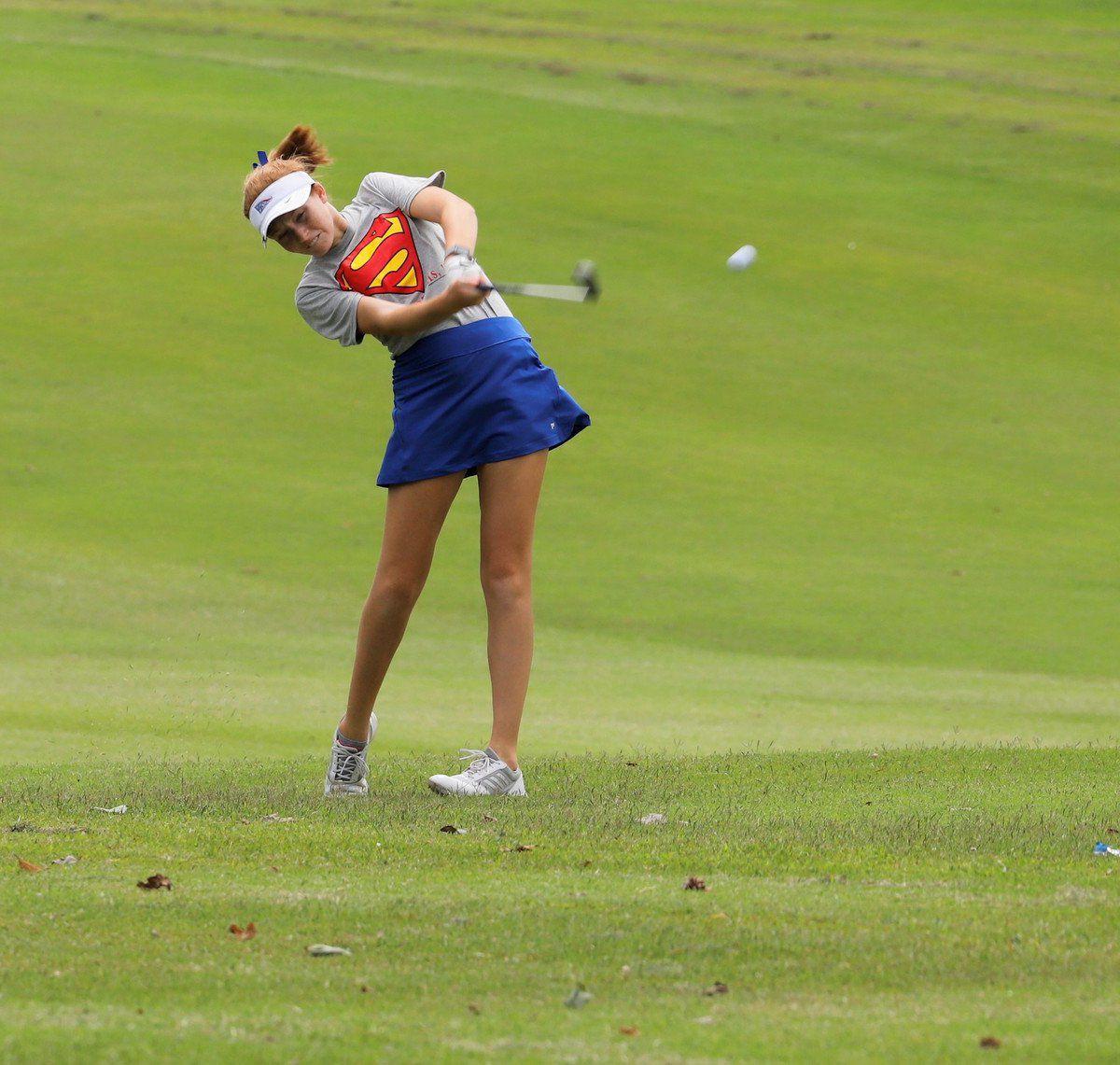 Alexis Frazine on the course at the Patriot Invitational.

Madie Coakley and Micah Troutt were medalists for Lady Patriots and Patriots.

Alexis Frazine on the course at the Patriot Invitational.

I hope you didn't miss it. This past Saturday was terrific with warm temps, lower humidity and a nice breeze.

Twenty-one schools sent teams or individuals to play and when the smoke cleared, powerful Benton had won the boys title and Mt. Carmel's Lady Golden Aces made off with the girls title.

Massac County's boys team took home seventh out of their 10 team field and the girls claimed second in an eight team field.

Benton's Rangers fired a 309 team total to beat out St. Mary by three strokes. Herrin came in third at 326 and Harrisburg and Eldorado tied for fourth at 343. Tilghman finished sixth at 344 and the Patriots were seventh at 350.

The girls' side had Mt. Carmel finishing 15 strokes ahead of Massac County with a 315 team total compared to the Lady Pats' 330. McCracken County came in third at 346 with Graves County fourth at 378. Hamilton County rode Kylee Vaughn's 71 to a fifth place finish. Nashville shot 411 for sixth and A-J's team shot 419 for seventh.

Individually, on the boys' side, Benton's Cy Norman and St. Mary's Peyton Purvis both shot one under par 70's for low individual score. Purvis won the individual title in a one hole play-off.

Massac's Micah Troutt came in fourth overall with a four over 75.

Hamilton County's Kylee Vaughn took individual honors on the girls' side with Massac County's Madie Coakley taking third with a two over 73.

For Massac, team scoring looked like this: Boys team- Troutt-75, Hayden Summers-87, Brandon Burnett-92, Noah Matesevac and Isaac Burnett-96 and JJ Sweatt recovered from a nightmarish start to break 100 at 98.

Coakley's 73 led the girls' squad with Lily Conkle also breaking the 80 mark with a 78. Alexis Frazine broke 90 with an 89 and McKinnley Korte landed on the 90 mark.

Senior, but relative newcomer to the squad, Gracie Stewart was more than respectable with a 94 and Delaney Williams came in at 107. The Lady Patriots' second unit were led by Josie Walker with a 103. Olivia Heine shot 110, Delaney Troutman came in at 116 and Izzy Hawes got her first taste of high school tournament play with a 125.

The girls followed their Saturday performance with a nice finish in another tough field when they finished third in a 14 school field at the Metro East Shootout held at Far Oaks Golf Club near Caseyville.

O'Fallon shot a school record 300 team score to blitz the field. Edwardsville was a distant second with a 332 and Massac shot 347 for their third place finish.

Massac's other scorers were McKinnley Korte at 86 and Alexis Frazine at 103. Delaney Williams and Gracie Stewart shot 105 and 112, respectively.