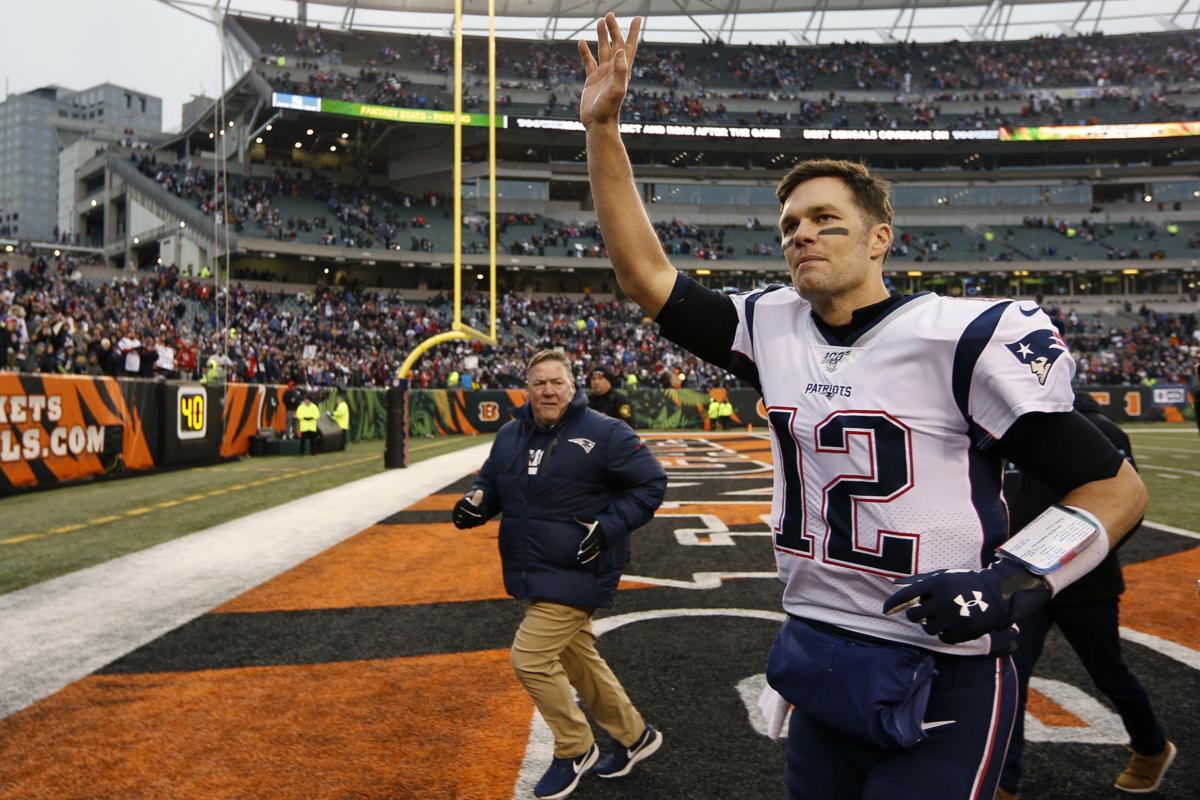 New England Patriots quarterback Tom Brady (12) waves to the crowd Dec. 15, 2019, after a game against the Cincinnati Bengals in Cincinnati. 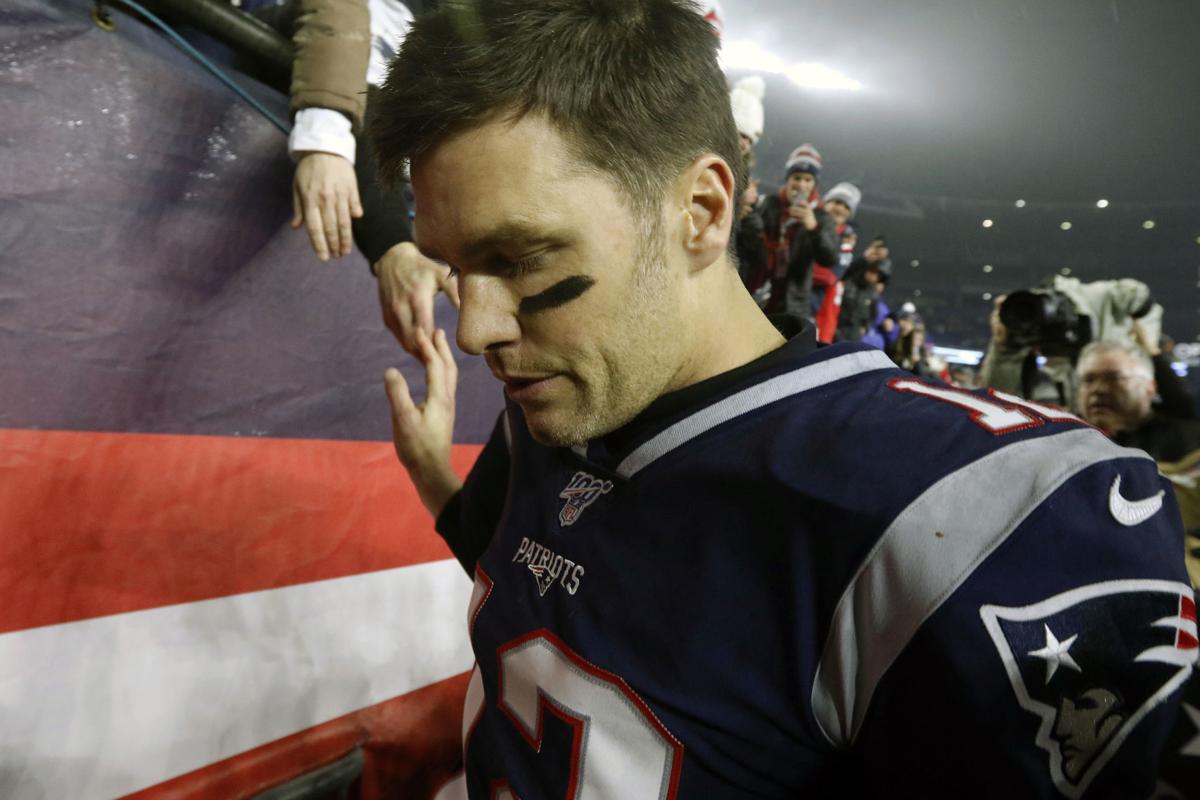 FILE - In this Jan. 4, 2020, file photo, New England Patriots quarterback Tom Brady shakes hands with a fan as he leaves the field after losing an NFL wild-card playoff football game to the Tennessee Titans in Foxborough, Mass. Tom Brady is an NFL free agent for the first time in his career. The 42-year-old quarterback with six Super Bowl rings said Tuesday morning, March 17, 2020, that he is leaving the New England Patriots. (AP Photo/Bill Sikes, File) 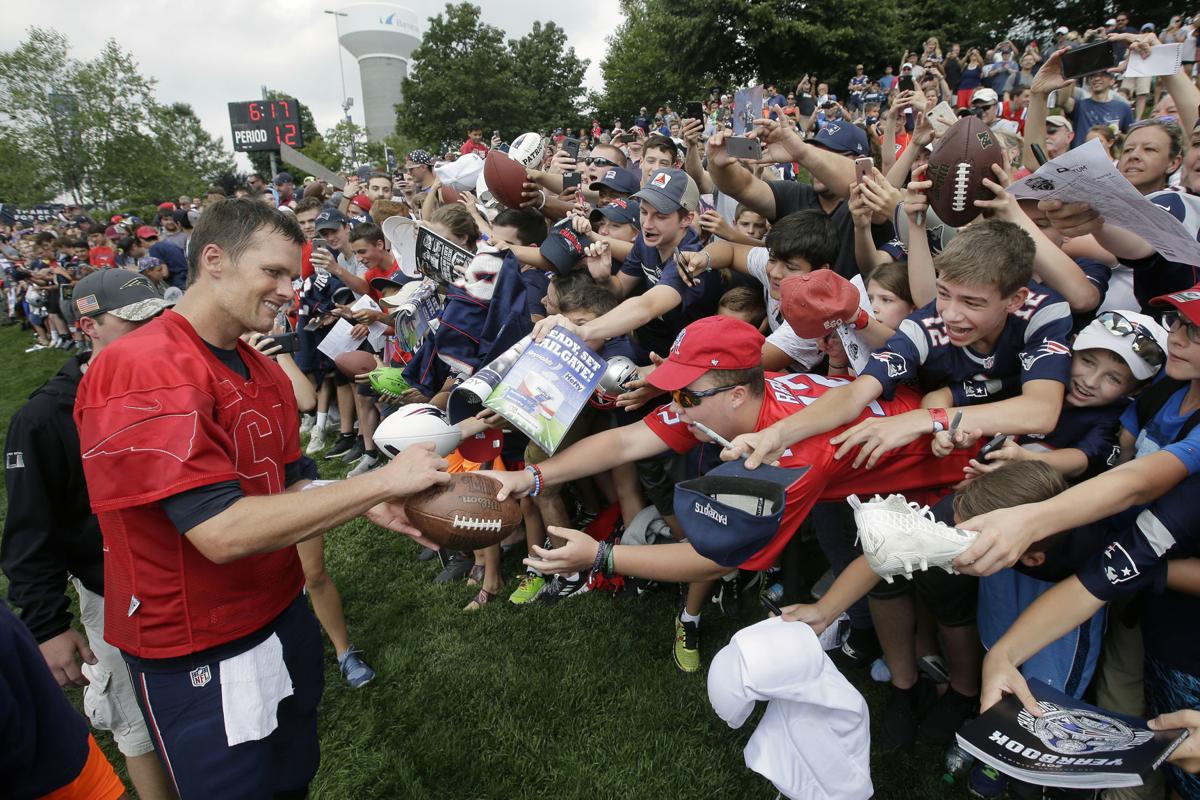 New England Patriots quarterback Tom Brady (12) waves to the crowd Dec. 15, 2019, after a game against the Cincinnati Bengals in Cincinnati.

FILE - In this Jan. 4, 2020, file photo, New England Patriots quarterback Tom Brady shakes hands with a fan as he leaves the field after losing an NFL wild-card playoff football game to the Tennessee Titans in Foxborough, Mass. Tom Brady is an NFL free agent for the first time in his career. The 42-year-old quarterback with six Super Bowl rings said Tuesday morning, March 17, 2020, that he is leaving the New England Patriots. (AP Photo/Bill Sikes, File)

For two decades, Tom Brady was the face of the Patriots, and even of the NFL. When he turns 43 in August, his home address no longer will be in New England.

The six-time Super Bowl champion plans to keep playing. But the centerpiece of the Patriots’ dynasty, the most successful quarterback in league history, says he is leaving the only pro team he has ever known.

Brady’s representatives were in serious talks with the Tampa Bay Buccaneers.

There’s been no official announcement on Brady joining the Bucs after 20 seasons with the New England Patriots. However, there’s already an increased demand for tickets.

The comments were the first to indicate the Patriots icon would leave New England. Statements later by team owner Robert Kraft and coach Bill Belichick made it clear that Brady’s remarkable stint there is over.

In a two-part message, Brady thanked the Patriots and the fans and said “FOREVER A PATRIOT.”

“I don’t know what my football future holds, but it is time for me to open a new stage for my life and my career,” he wrote. “Although my football journey will take place elsewhere, I appreciate everything that we have achieved and am grateful for our incredible TEAM experiences.”

The one-year contract Brady signed before last season expires Wednesday afternoon, and his agent could negotiate a deal with another team on Tuesday, though it can’t be official yet. He will count $13.5 million toward New England’s salary cap due to the signing bonus money he received in 2019.

Kraft said of Brady: “I had hoped this day would never come, but rather that Tom would end his remarkable career in a Patriots uniform after yet another Super Bowl championship. Unfortunately, the two sides were unable to reach an agreement to allow that dream to become a reality. While sad today, the overwhelming feeling I have is appreciation for his countless contributions to our team and community.”

A four-time Super Bowl Most Valuable Player and three-time league MVP, Brady has been the enduring face of the Patriots during a run that added another layer to Boston’s already rich sports history. Only Bill Russell, who won 11 NBA championship rings in the 1950s and ‘60s with the Celtics, has won more titles as a member of one of New England’s four major professional sports teams.

Brady would be the oldest starting quarterback in the league at 43 at the beginning of next season. The Colts, Buccaneers, Chargers and Dolphins are among the teams expected to be in a Brady derby.

“TB12,” as he has been dubbed, a nod to his 2017 book detailing his diet and exercise approach, arguably is coming off his worst non-injury season. He threw for 4,057 yards and 24 touchdowns in 2019, with eight interceptions. But he completed fewer than 56% of his passes six times in the final eight games of the year, including a season-ending loss to Miami that cost the Patriots a first-round playoff bye.

They lost at home to the Titans in the wild-card round, Brady’s earliest postseason exit in a decade — and likely his last game in a Patriots uniform.

Brady had a one-year contract for 2019 that paid him $23 million, placing him 10th among starting quarterbacks. It was the latest renegotiation by Brady to help give the Patriots salary cap flexibility to fill out the roster.

The chief decision-maker in player personnel decisions, Belichick hasn’t been shy about moving on from players he felt were past their prime or seeking contracts that exceeded value in relation to their age. Belichick has severed ties with players much younger than Brady during his time in New England.

“Nothing about the end of Tom’s Patriots career changes how unfathomably spectacular it was,” said Belichick, whose current quarterback is untested second-year player Jarrett Stidham. “With his relentless competitiveness and longevity, he earned everyone’s adoration and will be celebrated forever. It has been a privilege to coach Tom Brady for 20 years.”

After franchising offensive lineman Joe Thuney and coming to terms on new deals with Matt Slater and Devin McCourty, the Patriots have only about $18 million in salary cap space.