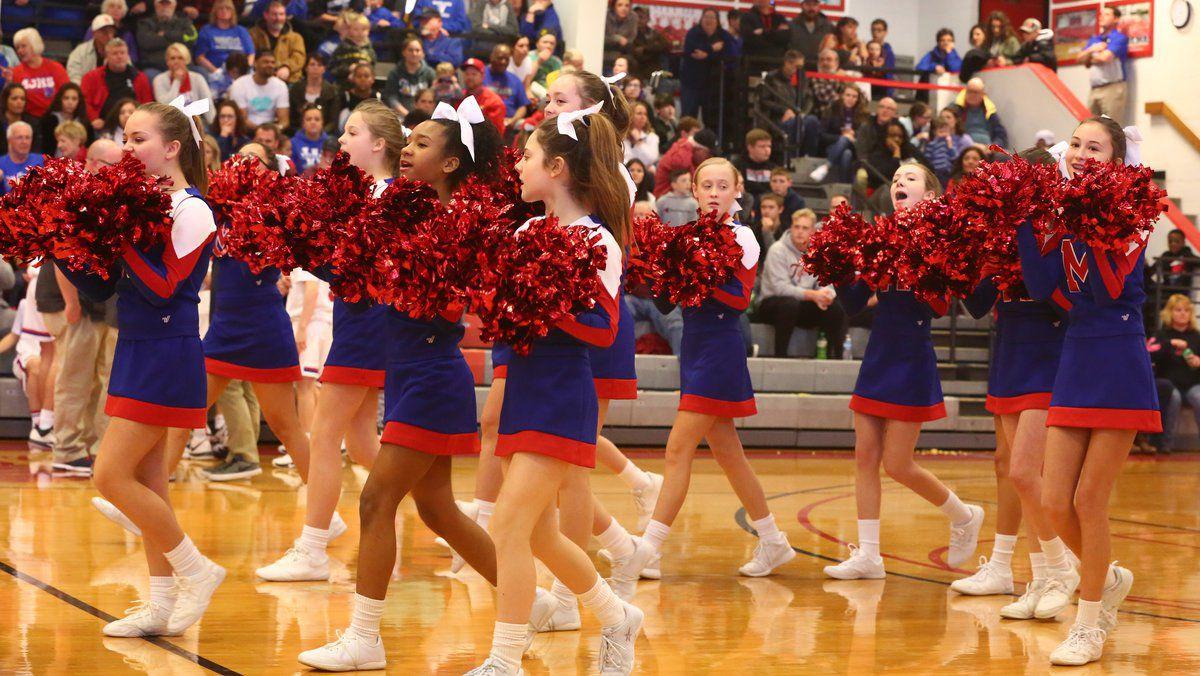 The Trojan cheerleaders perform during the Trojan basketball game on Saturday. 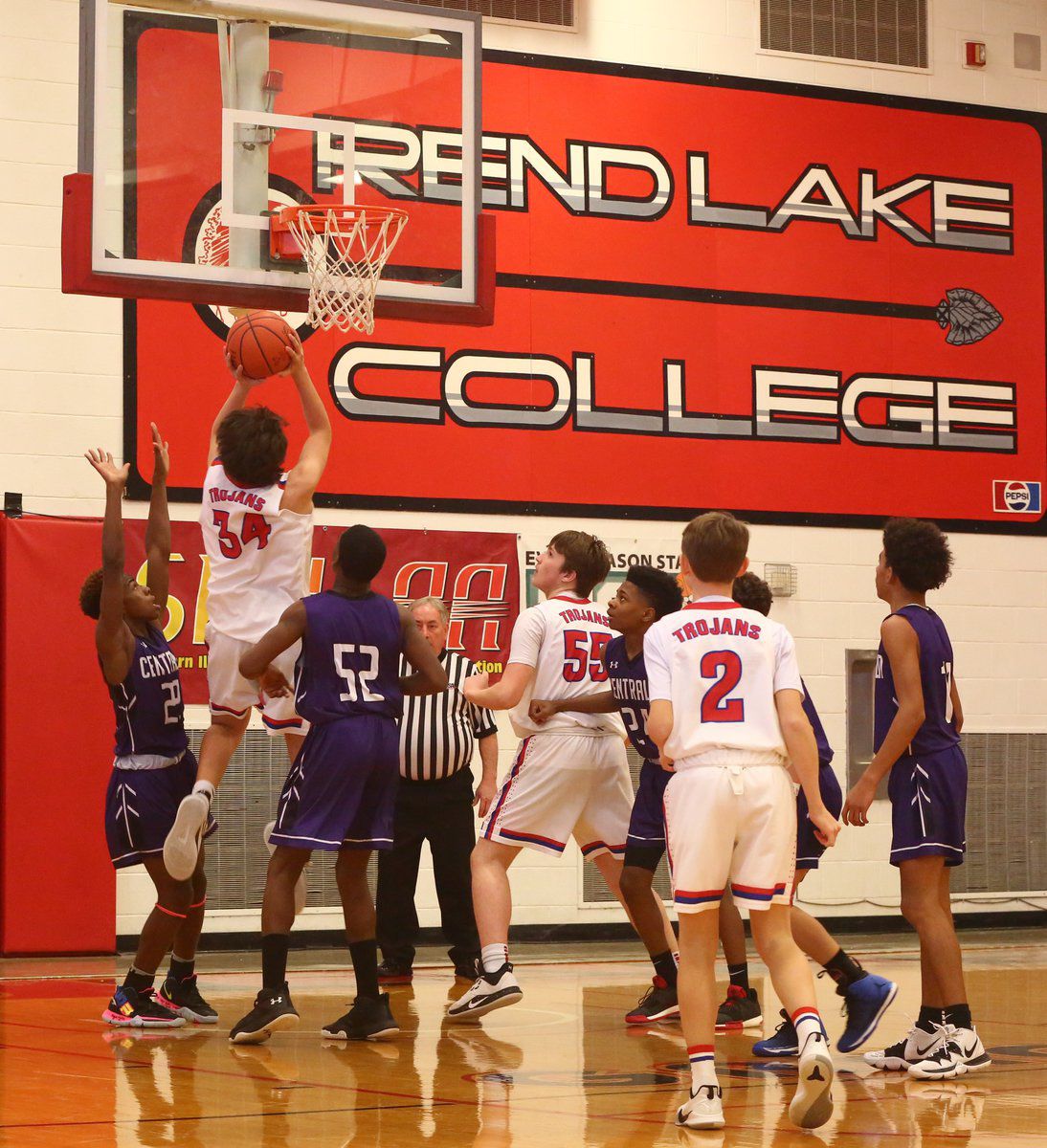 Hunter Box goes up for a layup in Saturday's first round tournament game at state. 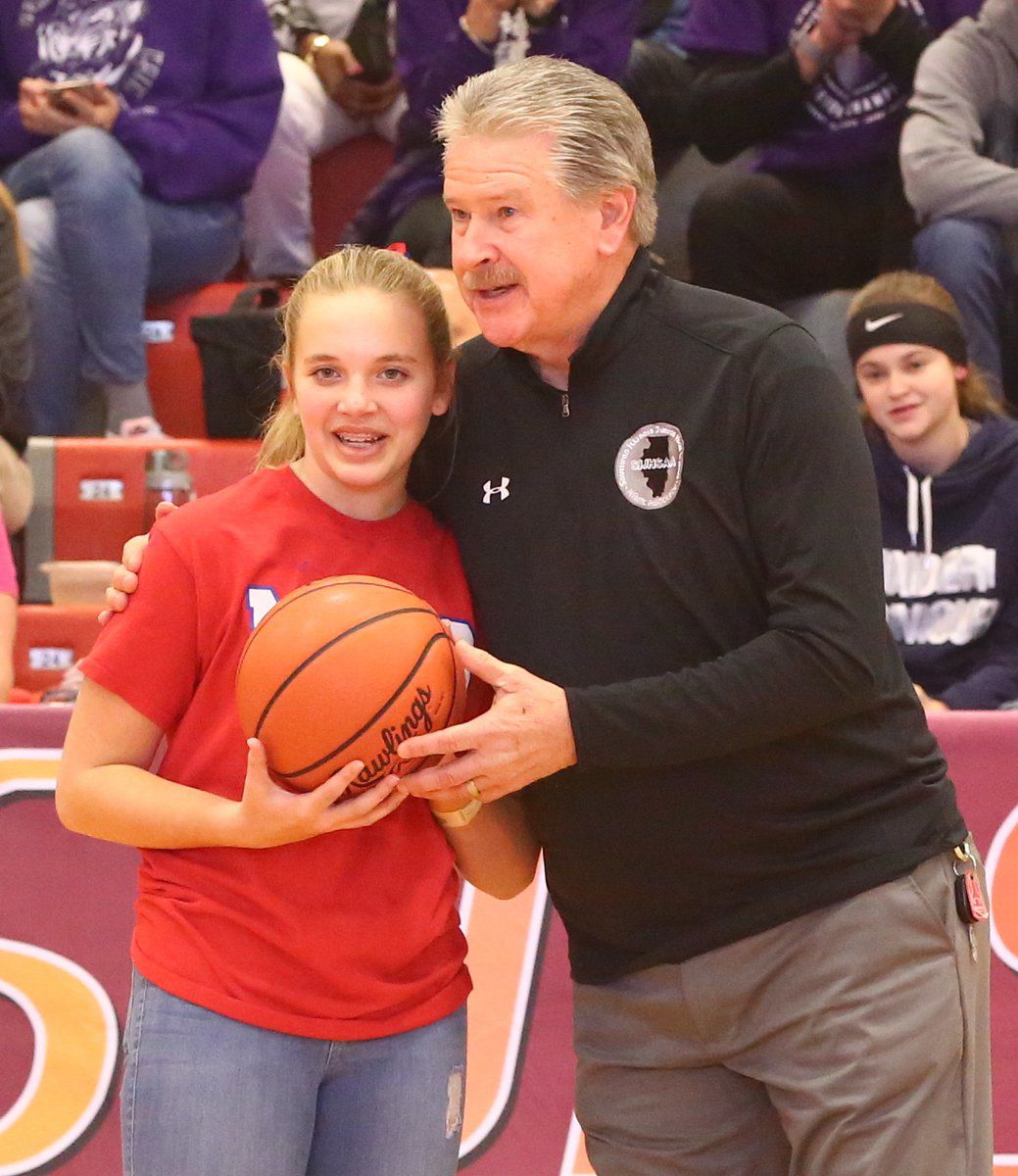 The executive director of the SIJHAA presents Lady Trojan Clara Elliott with a game ball at Rend Lake College before the Trojans' tournament game against Centralia.

The Trojan cheerleaders perform during the Trojan basketball game on Saturday.

Hunter Box goes up for a layup in Saturday's first round tournament game at state.

The executive director of the SIJHAA presents Lady Trojan Clara Elliott with a game ball at Rend Lake College before the Trojans' tournament game against Centralia.

A barrage of three-point baskets by Centralia's Tigers in the first quarter knocked the Massac Junior High School "Trojan train" off the tracks, and the Tigers rode their red-hot shooting to a convincing 64-53 win bringing a wonderful season to a bitter end Saturday in the opening round of the SIJHSAA Class L finals at Rend Lake College.

The old saying "sometimes you get the bear and sometimes the bear gets you" came to mind as we exited the gym Saturday, and it fit the occasion. Massac was "out quicked" and "out shot" and was never really in the contest as the Tigers raced out to 7-0 lead and never looked back.

Five three-pointers and seemingly no misses earned the Tigers a ten-point lead at the first horn and after opening the second quarter with another triple, the Tigers looked poised to run away with the game. By halftime the Centralia lead had swelled to 16 and Massac faced elimination barring a huge comeback.

To their credit, the Trojans did shave four points off the lead by the third horn. But already leading by 12 at 46-34, Centralia opened the final frame by scoring five straight points and extended their lead to 17. Massac cut the margin to 11 one more time at 57-46, but that was it as Centralia hit five of six crucial free throws before both coaches emptied their benches.

Winston Reed and Isaac Hosman led the Trojans in scoring, but the day belonged to Centralia's Dierre Hill who poured in 34 points in the win.

There were flashes of brilliance from both teams, and you had to remind yourself that these were junior high boys on the floor. The play was that good.

Centralia met up with Casey Middle School of Mt. Vernon in the lower bracket of the semis Tuesday night, and the Tigers came back to earth as Casey took their measure by a 10-point margin 64-54.

In the nightcap, Belleville's Belle Valley took care of business against Collinsville and posted a 55-50 victory. The two will meet Saturday for the Class L title.