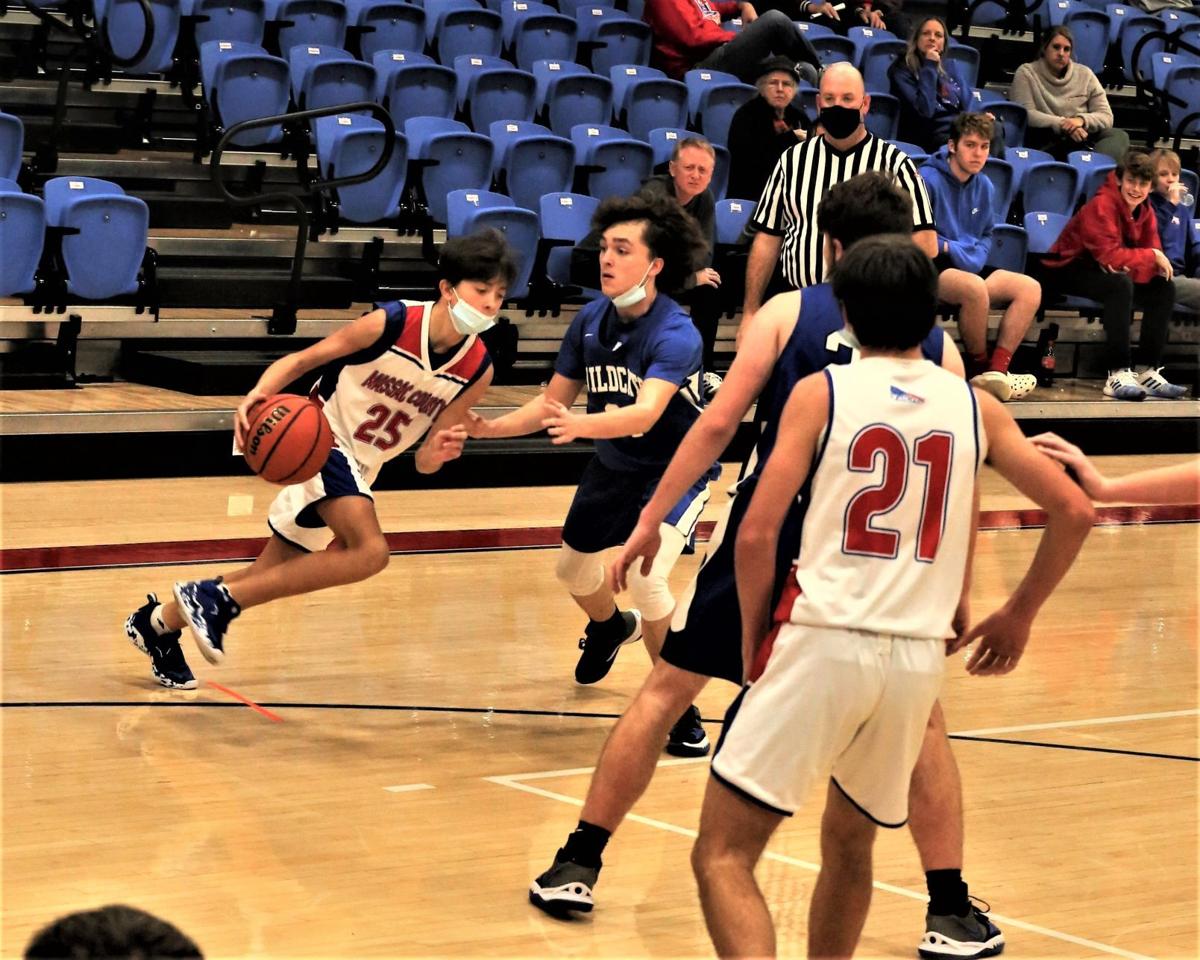 Dawson Bassett is on the move against Anna-Jonesboro during Monday’s game. 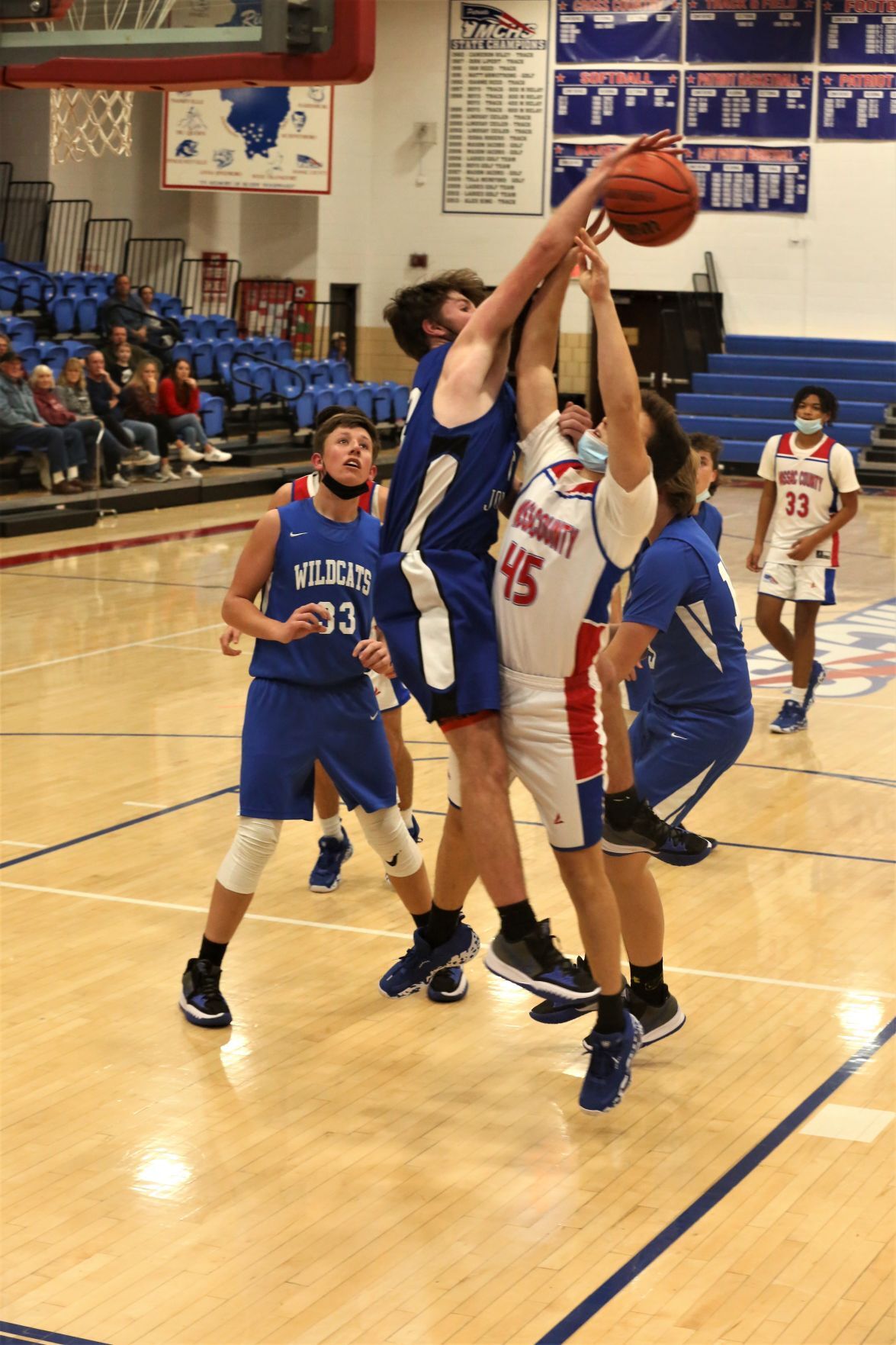 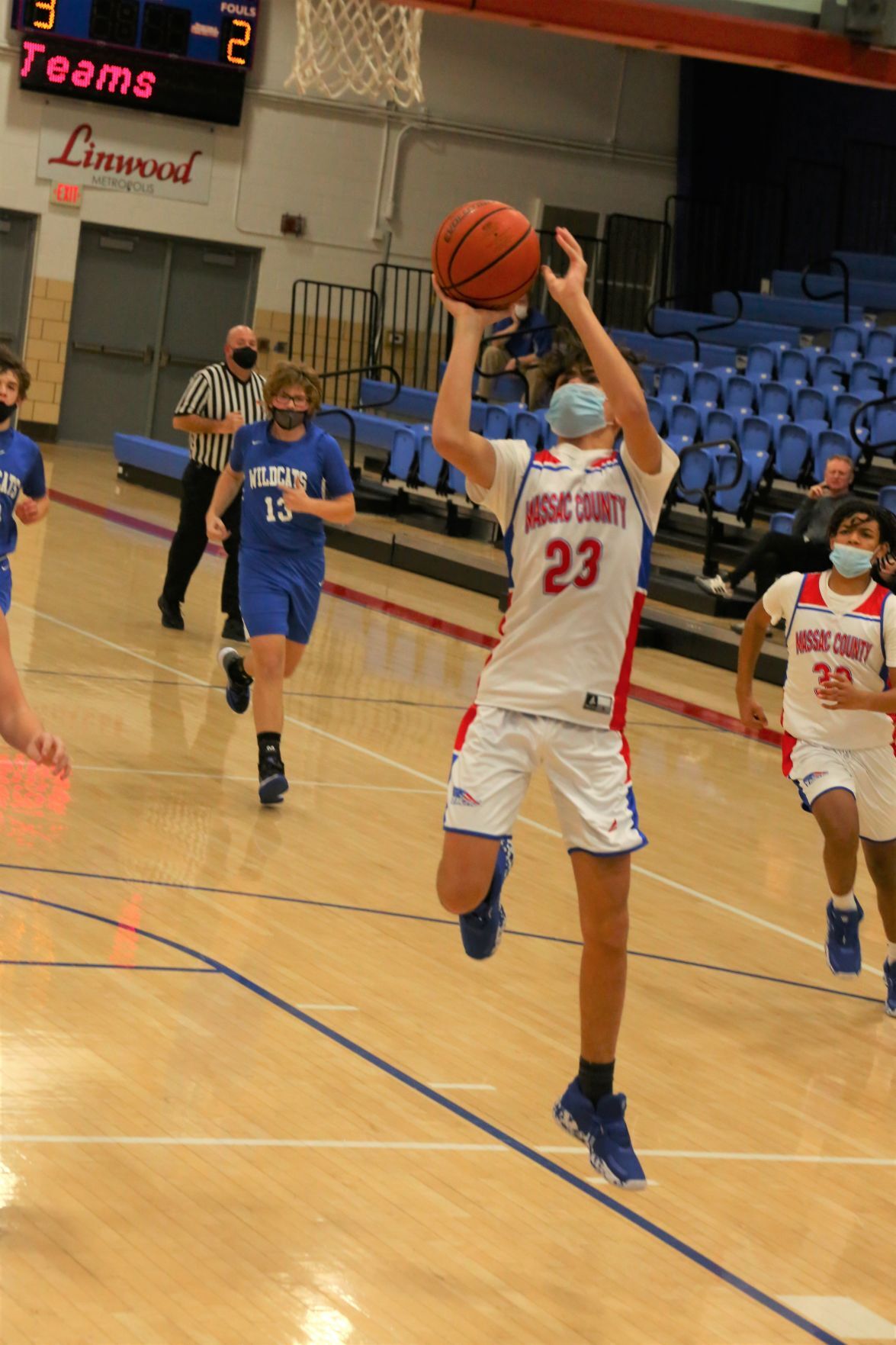 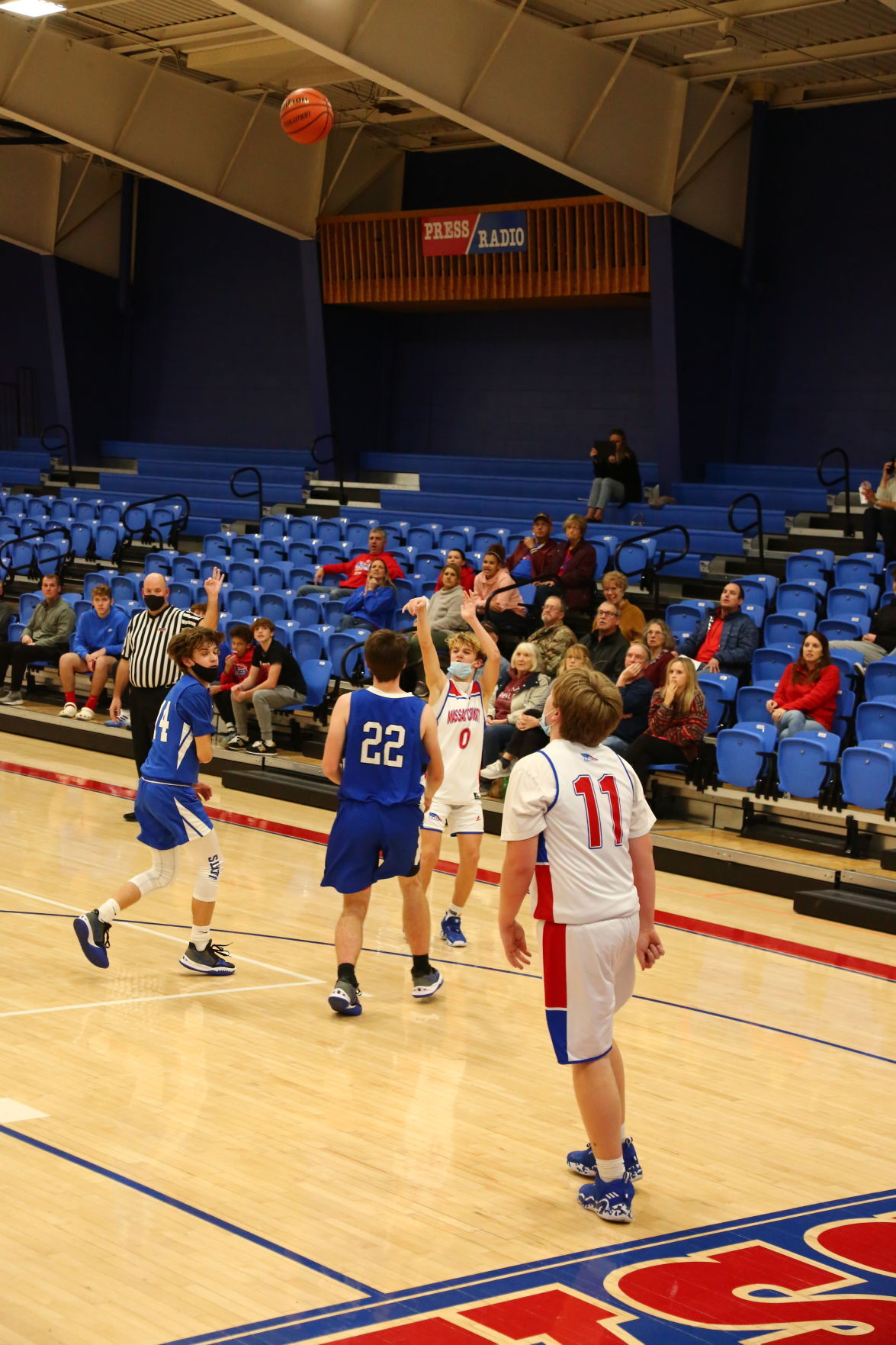 Jack Turner unloads a 3 against Anna-Jonesboro during Monday’s freshmen game.

Dawson Bassett is on the move against Anna-Jonesboro during Monday’s game.

Jack Turner unloads a 3 against Anna-Jonesboro during Monday’s freshmen game.

Once again the COVID-19 virus has slowed down local high school sports, and in some cases, brought things to a temporary halt.

Massac County was one of the schools to hit the pause button last week as sickness spread across the rosters of both girls’ and boys’ basketball. Massac was forced to scrub the boys’ Benton game last week and to re-schedule the Hardin County game.

Apparently, in a pre-season agreement concerning COVID-19 issues and rescheduling, SIRR Conference games that had to rescheduled due to illness were to be counted as a forfeit for the short-handed team.

Massac’s Hardin County game was moved back a week and is scheduled to be played this Saturday, Jan. 15. Massac is slated to play West Frankfort this Friday, Jan. 14. Keep your fingers crossed.

Massac’s girls avenged the City of Metropolis Tournament loss to Vienna last week with a big road win at Vienna and were scheduled to meet McCracken County and Goreville, but the McCracken County game was scrubbed and the Goreville game is now slated for tonight.

The “bug” disrupted the bowlers’ scheduling as well, as Graves had to scrub its Tuesday afternoon match with Massac on Jan. 11.

The Patriots have a match with McCracken County on this afternoon, Thursday, Jan. 13, and then head to Carterville and S.I. Bowl for the IHSA regionals Saturday morning, Jan. 15.

The Lady Patriots will finish their season and head to regionals at a later date.

Joppa’s boys team was scheduled to put its three-game winning streak on the line Tuesday night, Jan. 11, at Agape Christian in Energy. No details were available at press time.

Joppa’s girls’ team is still looking for its first win and was to play Meridian tonight, Thursday, Jan. 13.

Century’s boys were in pursuit of their second win Wednesday night, Jan. 12, against Crab Orchard according to the schedules.

Century’s girls had their three-game winning streak snapped by Pope County, 57-42, but rebounded with a vengeance against Cobden Monday night, Jan. 10, with a 55-18 win.

The Lady Centurions owned a 10-point lead at halftime and used a monster third quarter, 24-2, to blow things wide open. Coach David Dexter’s bunch saw seven girls get into the scorer’s book with Hannah Duke leading the way with 23 points.

Century currently sits atop the South Egyptian Conference with an 11-3 overall record and a 3-0 conference mark.

On a related note, although Dr. Anthony Fauci, director of the National Institute of Allergy and Infectious Disease, is more or less mum on the subject, several noted epidemiologists point to this latest, less virulent Omicron strain as possibly being “a light at the end of the tunnel.”

Let’s hope so. I’m ready for these dark days of winter, discontent, disinformation and, in some cases, outright lying to be over.