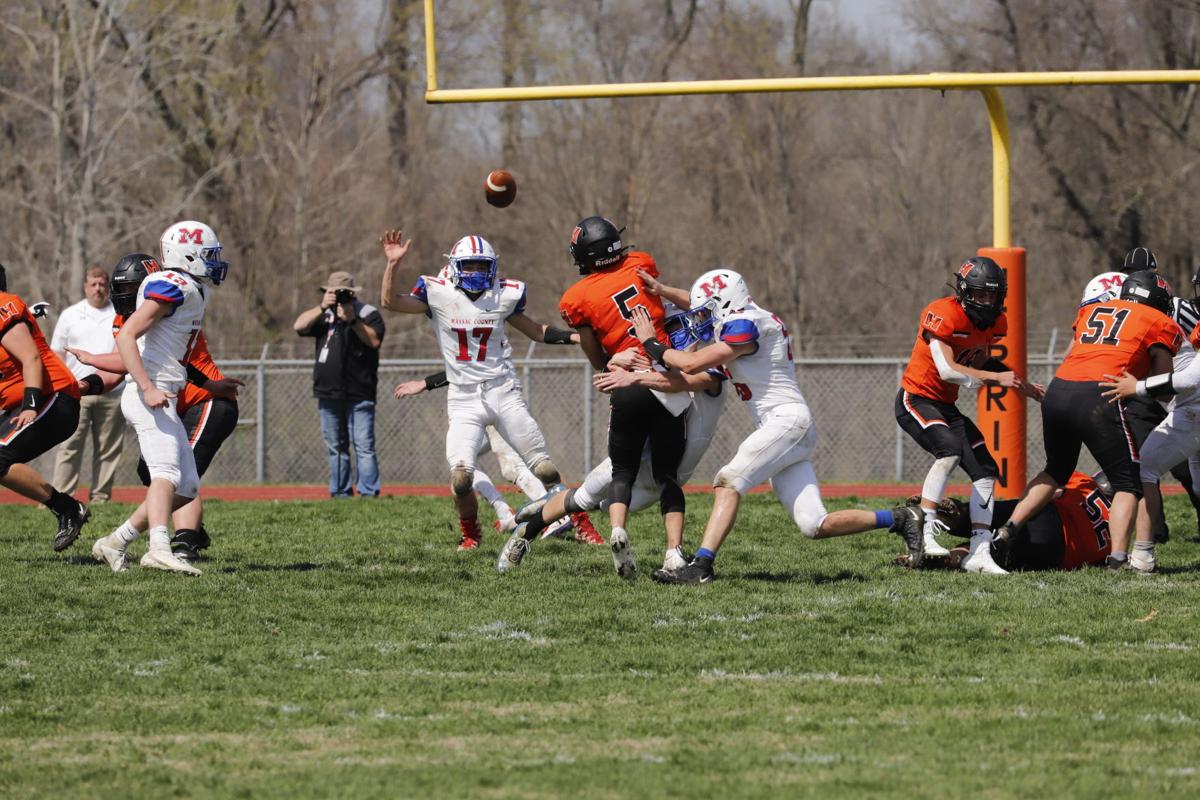 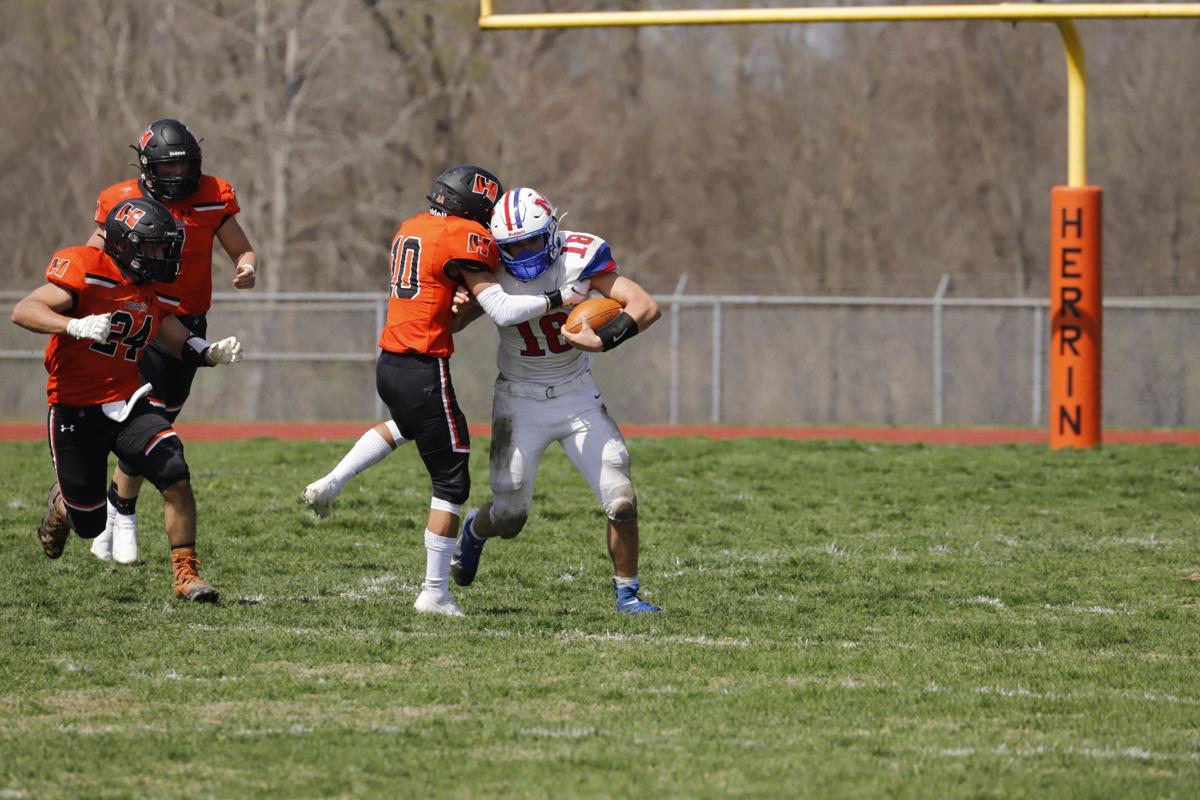 Saturday afternoon was almost a carbon copy of the prior Saturday in many ways.

The weather was great, there was a big crowd on hand as Herrin celebrated their “Senior Day,” and 22 was half of the final score.

Bad news for Patriot fans is that the 22 belonged to Herrin and the number on the “Guest” side of the scoreboard was a round number — as in zero.

Herrin didn’t allow their “guests” many opportunities, and Massac couldn’t take advantage of the few chances they had.

The tone was set early on as Herrin took the first possession and marched smartly downfield, but ran into a Massac defense that stood up stoutly.

The offense couldn’t move the ball, though, and the Tigers took advantage of a relatively short field to score with just over a minute left in the first quarter. Their point-after-touchdown kick was no good, and the Pats were down 6-0.

The Pats came up with a big defensive play when they knocked the ball loose and recovered a fumble at the 9:19 mark of the second quarter. But the offense sputtered again, and halftime had Herrin up 6-0.

The defense came up big again a couple of times in the third quarter, but Herrin landed the knockout punch at the 2:56 mark of the third quarter when Reese Billingsley fielded a Massac punt at his own goal line and returned it 993/4 yards — according to the stadium announcer — for Herrin’s second score. This time, the two-point conversion was good, and the Tigers held a 14-0 lead.

Massac got one more decent scoring opportunity early in the final frame behind some hard running by Nate Jackson and Jody Dumpprope.

On an obvious passing down of fourth-and-10 from Herrin’s 24-yard line, the Pats got two receivers open at the Herrin goal line, but the pass sailed wide, and Herrin took over on downs.

But Herrin converted a first down on a completed pass with 5:42 left in the game, and fullback Lucas Sissom plowed in from the 2-yard line for a 20-0 lead.

Their two-point conversion attempt was successful, and the 22-0 win was locked up.

The combination of a stout Herrin defensive line and a couple of Patriot offensive miscues led to a weary Patriot defense late in the game.

After Bosecker’s saving tackle in the final minutes of the game, he suffered a concussion and was transported off the field for evaluation.

The Pats host a powerful Benton squad this Friday in their home opener. According to the forecast, Friday night will be more like “football weather” than our first two games. I’m not sure I like it!