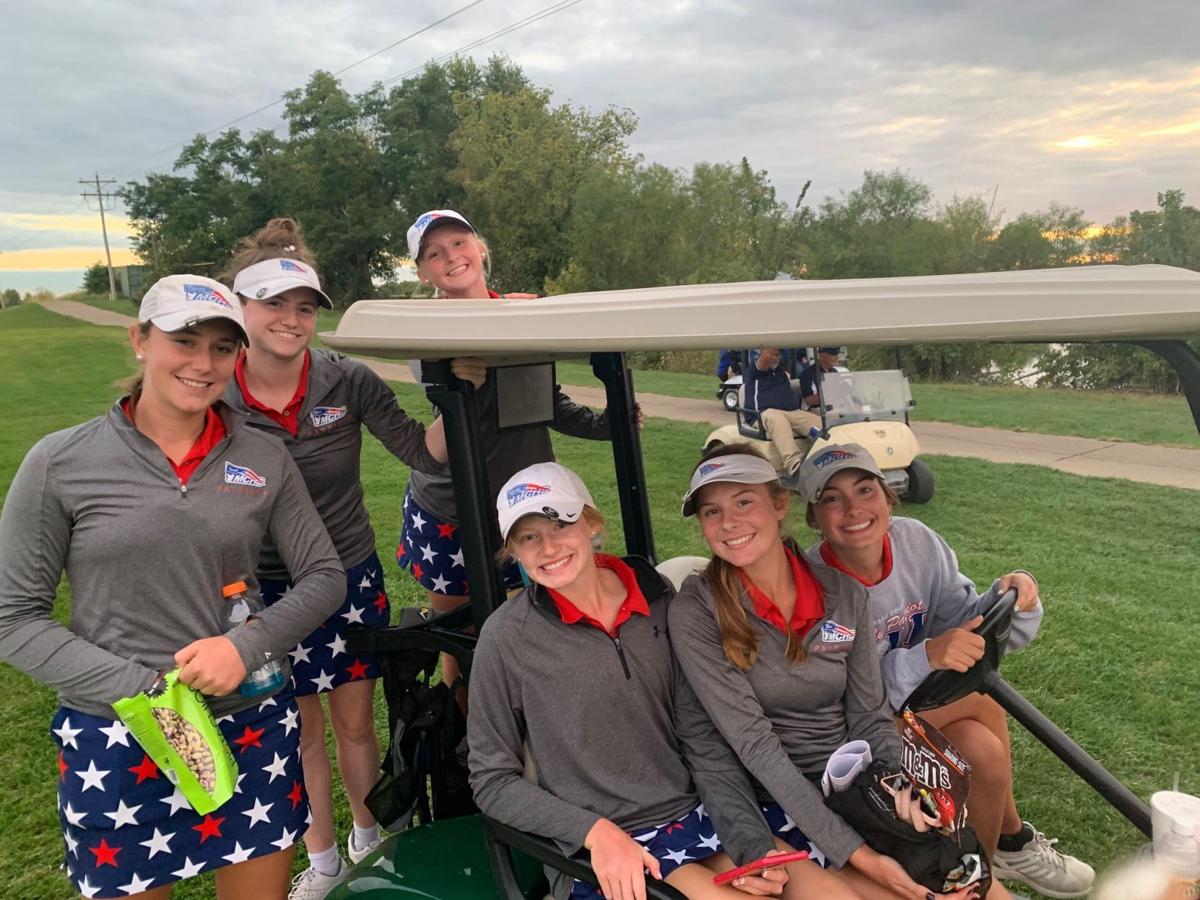 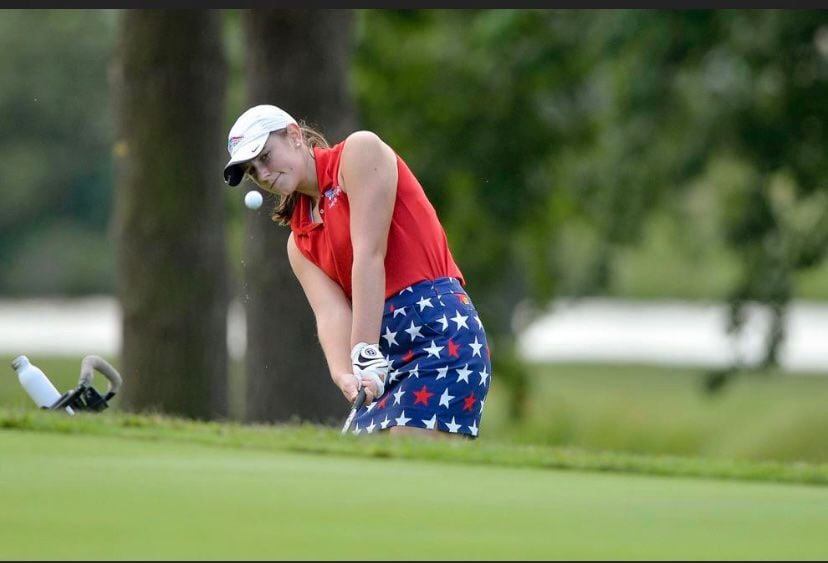 After an impressive win last Thursday, Sept. 30, at Franklin County Country Club in the Zeigler-Royalton-Christopher Class A regional tournament, the Lady Patriots ground out a third-place finish on the Acorns Golf Course near Waterloo in the Class A sectional to punch their ticket for Decatur’s Red Tail Run course in the IHSA Class A State Finals.

The girls completed a sweep of the honors at West Frankfort with the team coasting to a 19-stroke win over second-place Z-R-C with scores of 329 for Massac to 348 for Z-R-C.

To ease by Smith, Coakley had to erase her front nine effort — five bogies — with a one under par 34 on the back nine to catch Smith. Then it was a showdown on Franklin County Country Club’s par three hole 16.

At 95 yards, No. 16 is the shortest hole on the course, but add in a little pressure … or a lot of pressure, and that wedge shot gets unnerving.

Coakley’s tee shot came up a little below the hole, but Smith’s first effort just missed the green. Coakley cozied one up to “tap-in” range for par while Smith just missed on her par putt, giving Coakley the individual honors. Coakley finished with a 75 leading the way for Massac County.

As is the protocol for Massac, the ladies four “counter” scores were bunched tightly together with Izzy Hawes shooting an 84, Olivia Heine and Josie Walker both shooting 85s, and Delaney Williams and Katie Frazine shooting 88 and 96 respectively.

Massac’s regional title was the seventh straight for the Lady Patriots’ program and 18th in the last 19 years.

Waterloo’s Acorns Course was the site for Monday’s sectional play, on Oct. 4, and, not surprisingly, Mt. Carmel took the team title.

Alton Marquette gave them a run for it hanging tough, but ultimately falling 14 strokes off the pace set by Marquette. Mt. Carmel shot a rugged 311 with Alton coming in at 325, while Massac finished with a 348.

Waterloo, led by sensational freshman Reese Kite, who just five months ago won the inaugural SIJHSSA junior high tournament, was close behind Massac with a 353.

Alton’s Gracie Piar was the overall medalist with a two under par 70.

Now for the good part.

Although it’s only been a couple of years. it seems like a long time ago since the Lady Patriots made the trip to Decatur’s Red Tail Run course for the big show. A lot of us weren’t exactly sure about this group’s chances for a shot at the “big dance” at the beginning of the season, but here we are, and off they go! Good luck, girls, enjoy every minute of it!