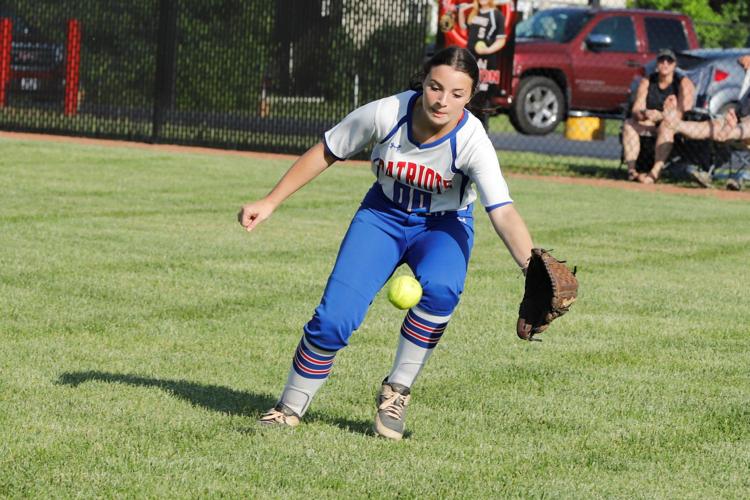 Trinity Lott cuts off a hit in right field versus Johnston City during the regional softball semifinal on May 18. 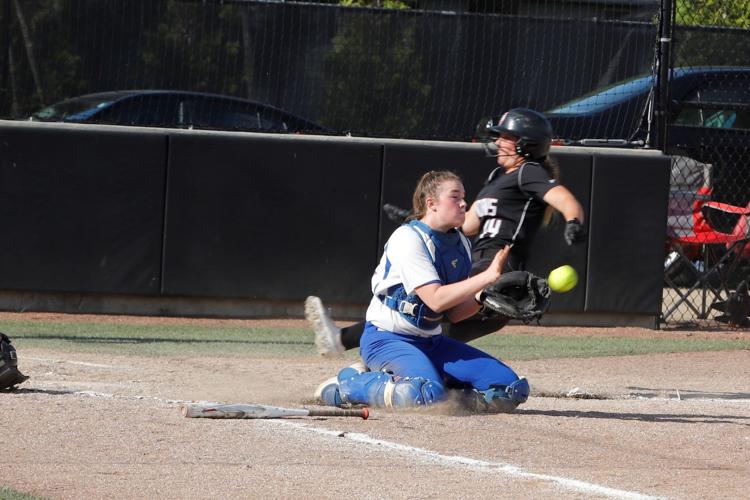 Catcher Caden Paro looks to third for a play on a late throw home. 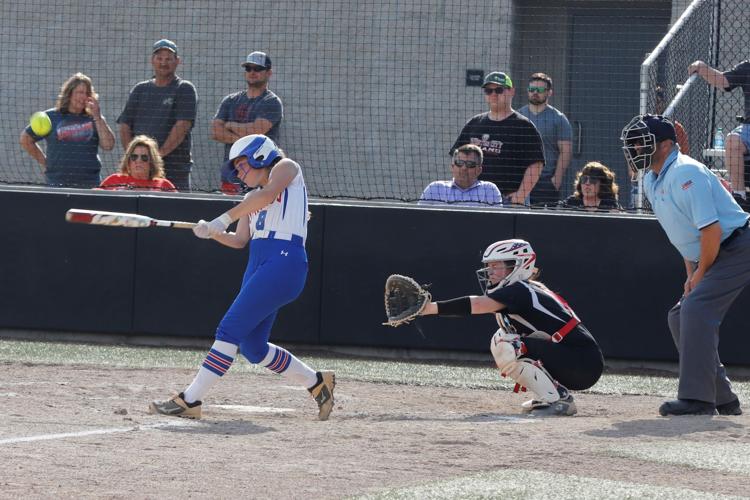 Olivia Farmer drives in two runs in Massac’s second inning versus Johnston City on May 18.

Trinity Lott cuts off a hit in right field versus Johnston City during the regional softball semifinal on May 18.

Catcher Caden Paro looks to third for a play on a late throw home.

Olivia Farmer drives in two runs in Massac’s second inning versus Johnston City on May 18.

I thought it was a good looking matchup going in, and last Wednesday’s Johnston City regional softball semifinal between Massac County and the host Johnston City Indians was indeed a good one on May 18.

Depending on your point of view, the 8-4 Johnston City win was an epic comeback or an epic collapse. For the Indians, I’m sure it was the former, and for Massac Countians, it was undoubtedly the latter.

The Lady Patriots plated four big runs in the bottom of the second to grab the lead. Unfortunately, those four runs would be the total of Massac’s offensive production for the day. Claire Bremer led off with a home run over the left center fence, Caden Paro drew a walk followed by Maddie Roberts’ single. Jayden Willard singled in one run and when the Johnston City left fielder dropped Olivia Farmer’s sinking liner, Roberts and Willard scampered home.

The Indians answered with two runs in their next at bat and then tacked on their third run in the fifth. Leading 4-3 going into the final inning, Massac held their fate in their hands as did the Indians.

Johnston City pitcher Gabby Overturf, who had relieved starter Aubree Williford in the big Massac second inning, led off the top of the seventh for Johnston City with a home run tying the game.

The Indians kept the pedal to the metal by crowding the bases with runners. Massac starter Chloe Dassing was relieved by Jayden Willard, but there was no stopping the Indian offense now.

A failed squeeze play kept Johnston City off the boards temporarily, but a big double by Audri Linton gave the Indians a two- run lead, and then Addi Troutt applied the “coup de grace” with a two-run homer.

Massac went quietly in their final at bat against Overturf and Johnston City had an impressive 8-4 comeback win.

The Lady Patriots ended their season with a ledger of 16-8, finishing 8-2 in conference play and may have overachieved just a tad given their youth. For the softball team, just like their male counterparts, the future looks bright.