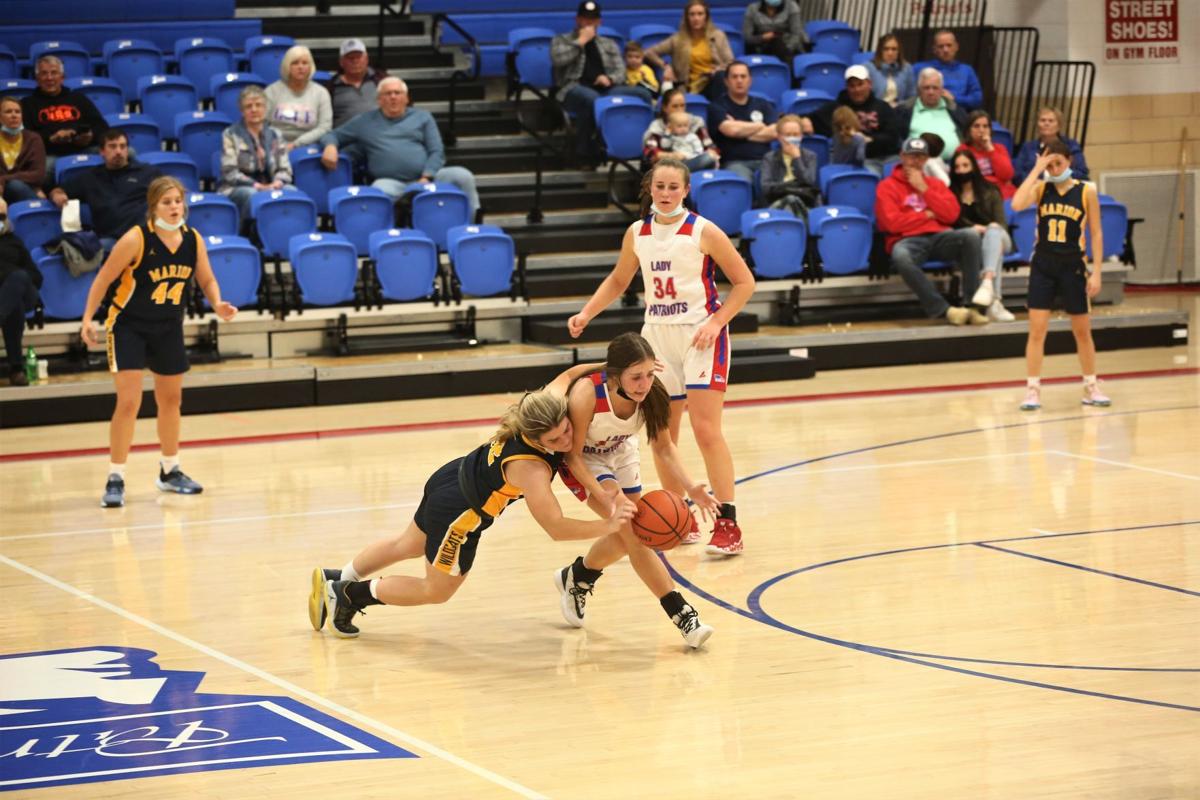 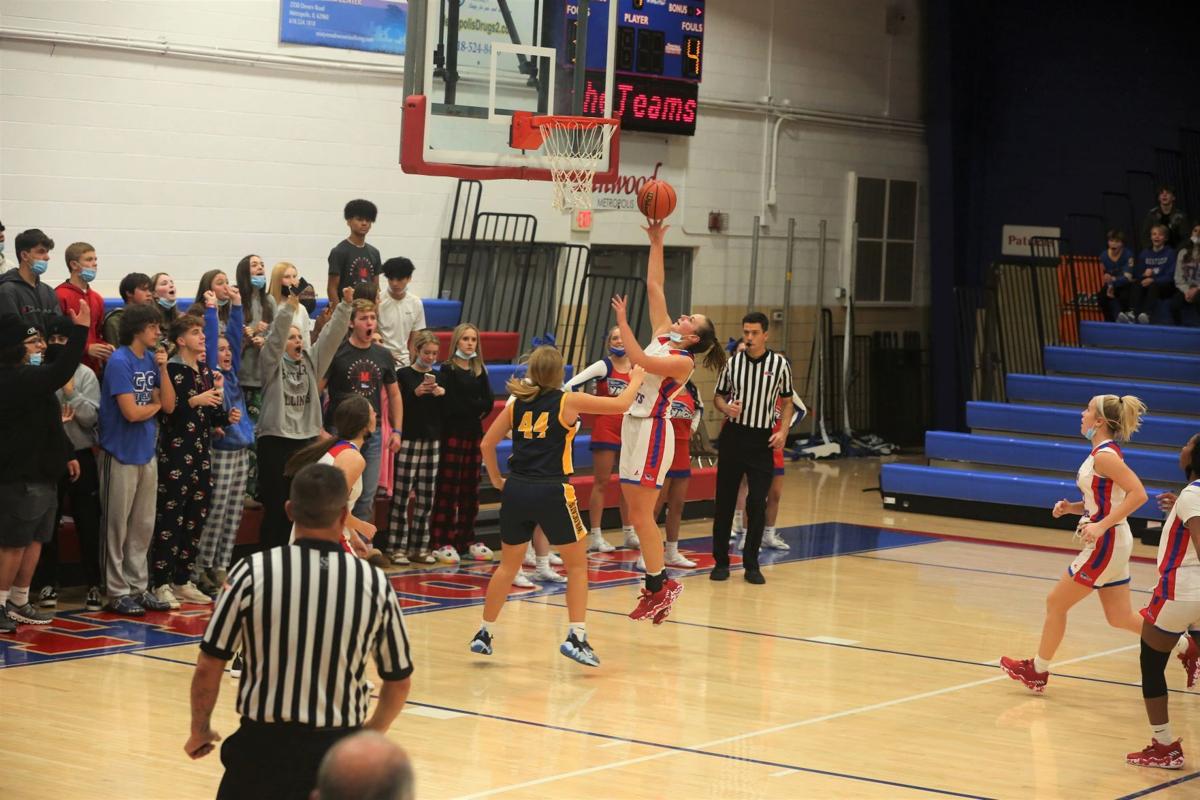 Elise Coakley breaks free for a layup during the Lady Patriots’ game against Marion at home on Friday. 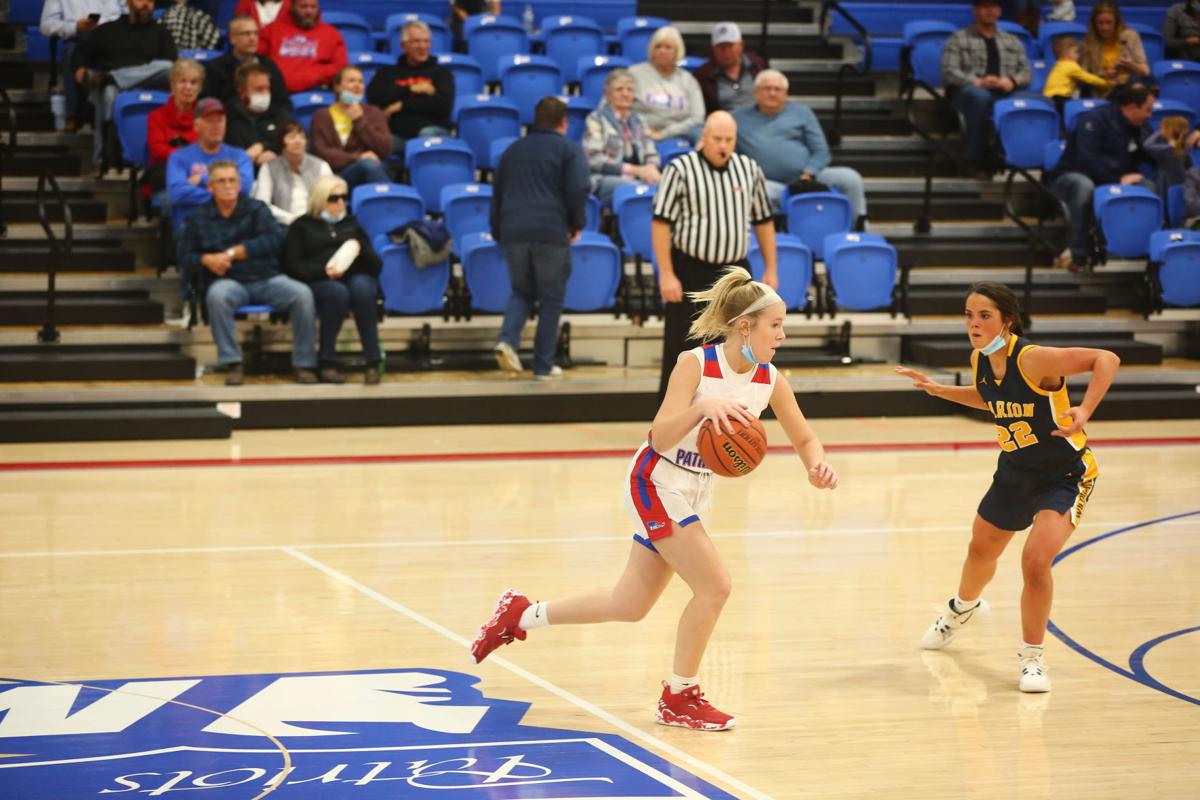 Sophie Bormann looks for a lane to the hoop against Marion.

Elise Coakley breaks free for a layup during the Lady Patriots’ game against Marion at home on Friday.

Sophie Bormann looks for a lane to the hoop against Marion.

You knew the growing pains were gonna come, and the first wave arrived at Mt. Vernon Saturday afternoon, Nov. 20.

Sixteen hours or so after an “ugly win” over Marion on Friday night, Nov. 19, the Lady Patriots took some major lumps in a 64-36 loss to the Lady Rams.

A disastrous second quarter put the girls in a hole they couldn’t dig out of. Trailing 10-13 entering the second frame, the girls were outscored 24-9 and found themselves down 37-19 at half. For the second half, the Lady Patriots played a much closer game, but still fell further behind, eventually falling by 28 points.

Friday night’s Marion game wasn’t a thing of beauty, either, but exemplified the kind of grit it’s going to take for this group to grow.

Playing short-handed, the ladies held Marion scoreless for most of the first quarter, while putting eight points on the board themselves. Marion’s Grace Connor sank the second of two free throws to get them in the scoring column with five minutes gone in the quarter. The horn sounded with Massac on top 8-3.

Massac duplicated its eight-point first quarter in the second, and held Marion to six points for a 16-9 halftime lead. Marion’s sloppy ball handling and a determined Massac defense accounted for 17 first half turnovers by the Lady Wildcats.

Marion cut the lead to six early in the third quarter at 18-12, but a seven-point effort in the third frame from Libby Conkle pushed the lead back to 10 after three quarters and the first few minutes of the final frame sealed the deal.

“Mo” Hart found a cutting Elise Coakley from a high post position for an easy lay-up and then did it again just a few seconds later. A big offensive rebound and put-back from Sophie Bormann eased the lead out to 16, and Marion was done.

Marion cut the lead to nine twice before the horn, but time was in Massac’s favor, and the high post pass to a cutting Coakley worked one more time to settle things at 35-24.

The Lady Patriots played Tuesday night at Murphysboro, after the Planet’s press time.