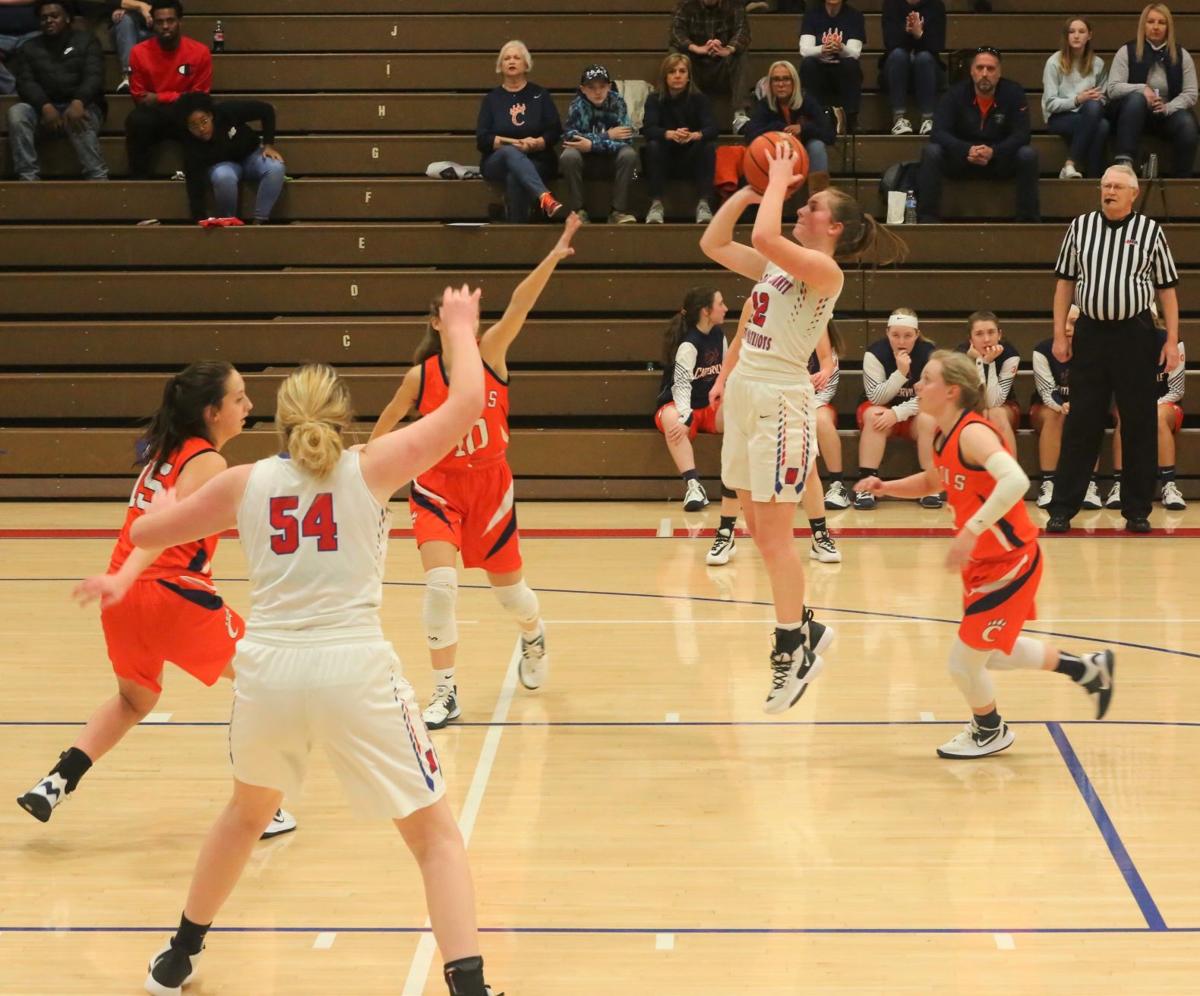 Madi Coakley a jumper for two in Saturday's game against Carterville. 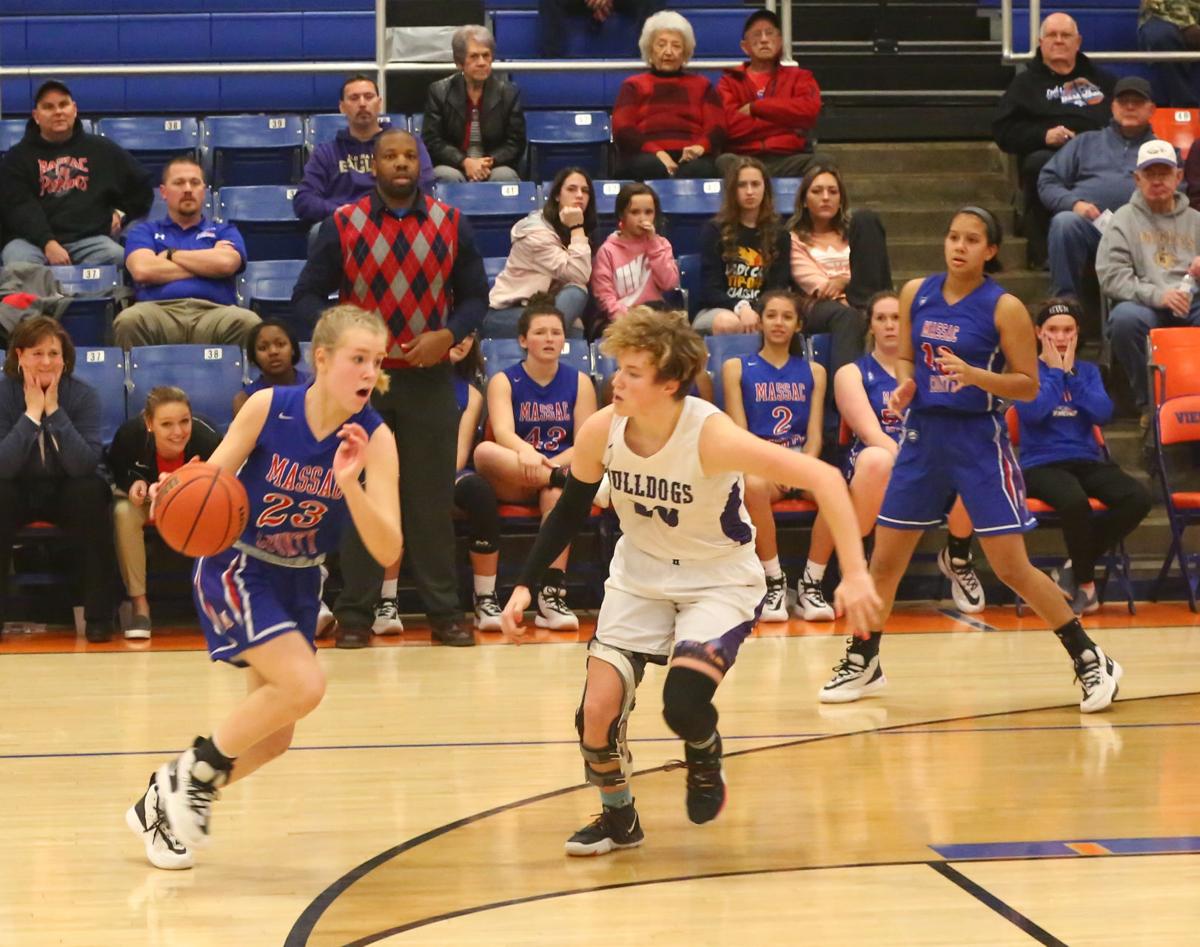 Madi Coakley a jumper for two in Saturday's game against Carterville.

A great season-ending run ended Tuesday night for the Lady Patriots as they fell 53-51 in the semi-finals of the Vienna Class 2A regional.

The third game between the two teams this year was to be the "rubber game" of the series, and it was just as close as one would have expected. Massac led early, trailed by four at the first quarter horn and trailed by three at halftime at 28-25.

Both teams struggled offensively in the third quarter, but a big Farrah Castleman triple tied things up at 37 just before the third horn. Massac clung to a one-point lead at 43-42 with five minutes remaining. But a 10-0 run by Harrisburg left Massac County trailing by nine points with just over 90 seconds to go.

Now it's GO TIME: a Castleman bucket and two huge triples by Sophie Bormann lit a fire under the Lady Pats, and they found themselves right back in the game trailing by just one point with 65 seconds left. But things went askew there for both teams as Harrisburg misfired at the free throw line and Massac coughed up a couple of offensive rebounds.

A Jessie Lewis shot with one second left missed and the Lady Bulldogs had the 53-51 win. Castleman led Massac in scoring with 20 points but rebounding and loose balls were the ultimate downfall for the ladies.

Harrisburg and Anna-Jonesboro, who eked out a 38-37 win over Eldorado, will meet Thursday night to settle the Vienna regional 2A title.

The girls' final tune-up before Tuesday night was a barnburner with Carterville. The Lady Lions brought a glittering 25-2 record to town, and they showed why the record. Even though it turned out to be 58-54 loss, the game was terrific.

The hard fought loss may have accounted for a dismal performance Monday night in the Vienna regional opener. The girls posted a 66-42 win over the Lady Eagles but it was far from convincing.

The two latest losses, Carterville and Harrisburg were a tough way to end a season, but the recovery from so much early season adversity was heartening and the girls and Coach Justin Kindle have a lot to be proud of.