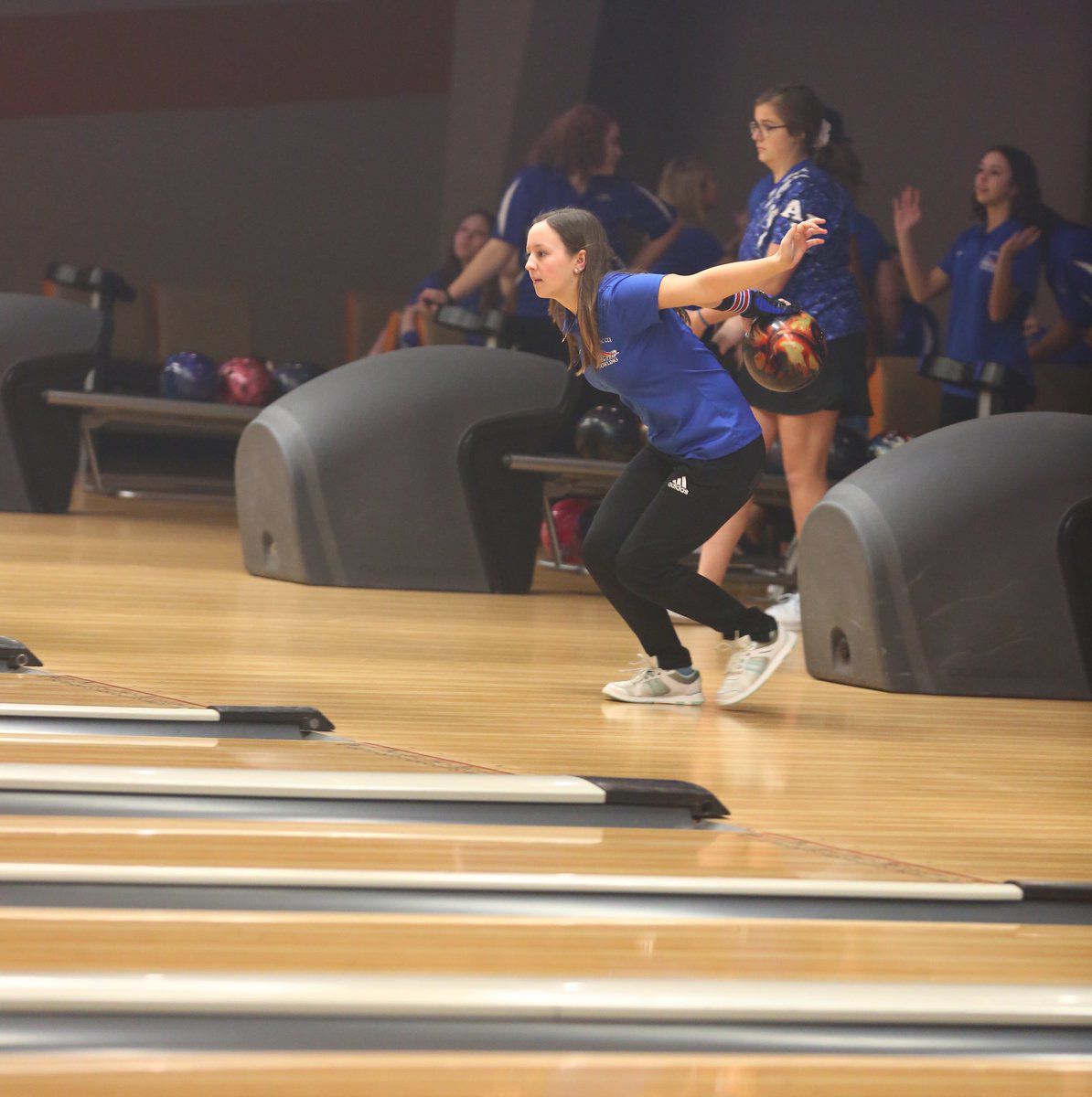 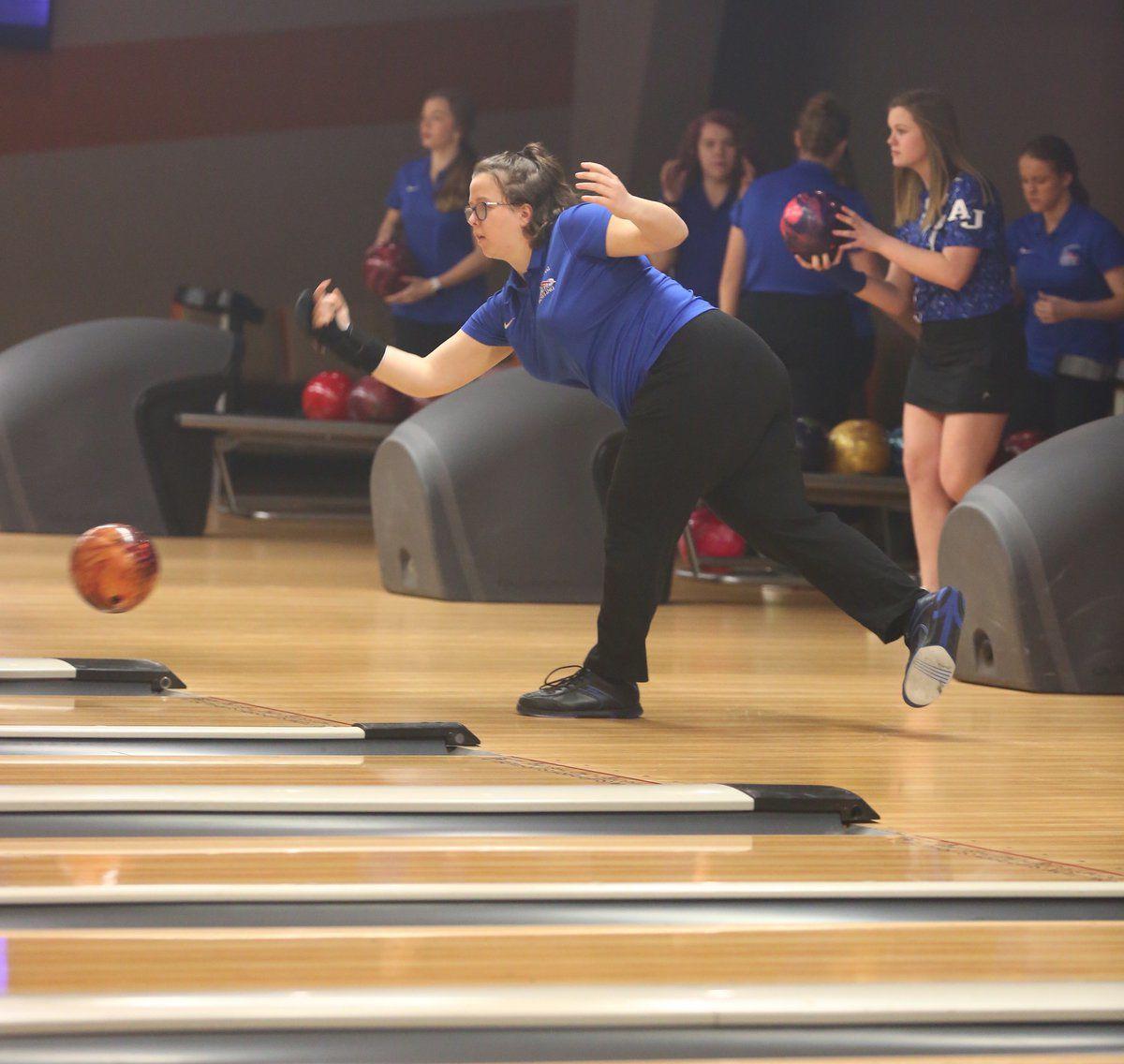 Kaylee Fraser rolls it against Anna-Jonesboro on Tuesday. 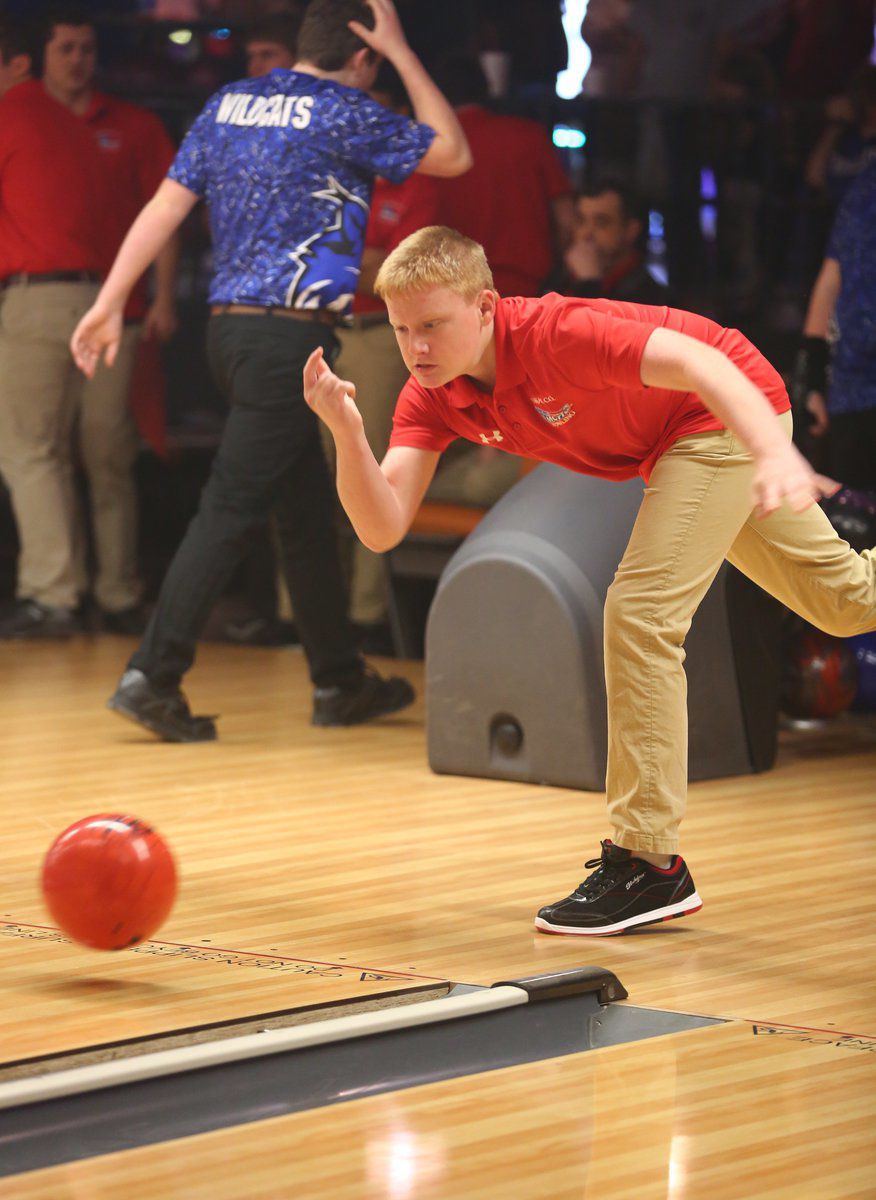 Luther Hawes on point against Anna-Jonesboro in Junior Varsity action. 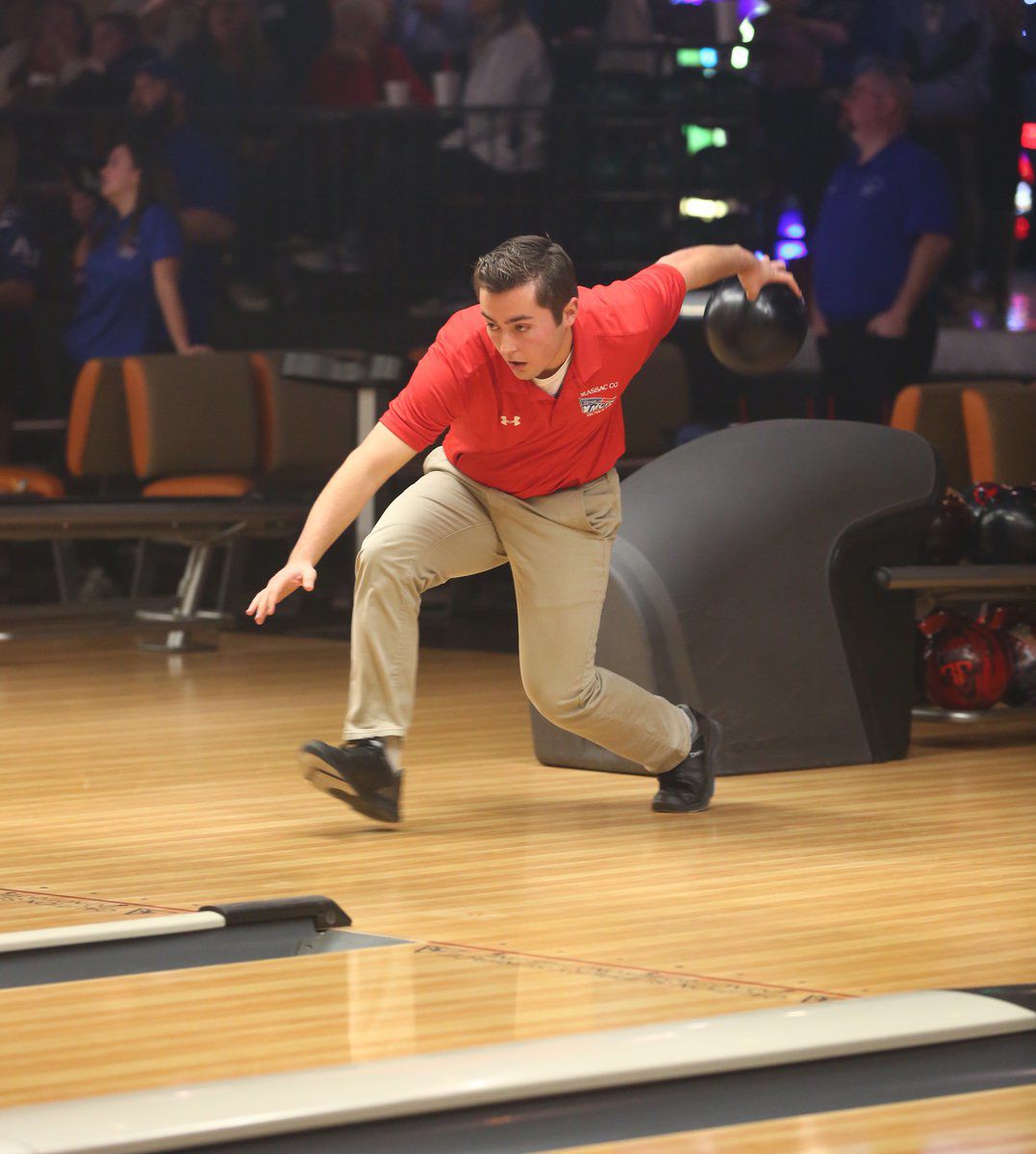 Aaron Melcher gets low on his approach Tuesday. 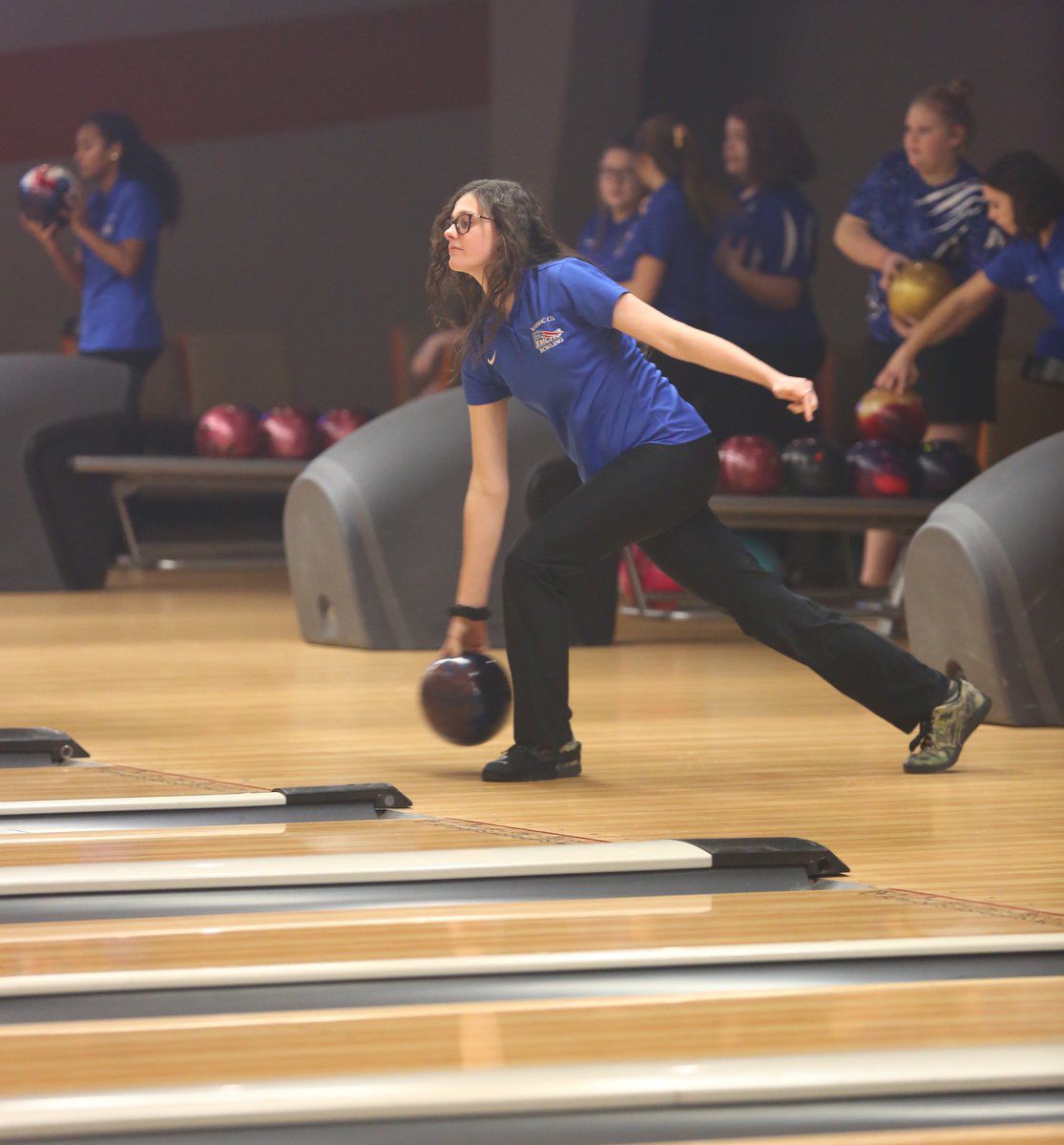 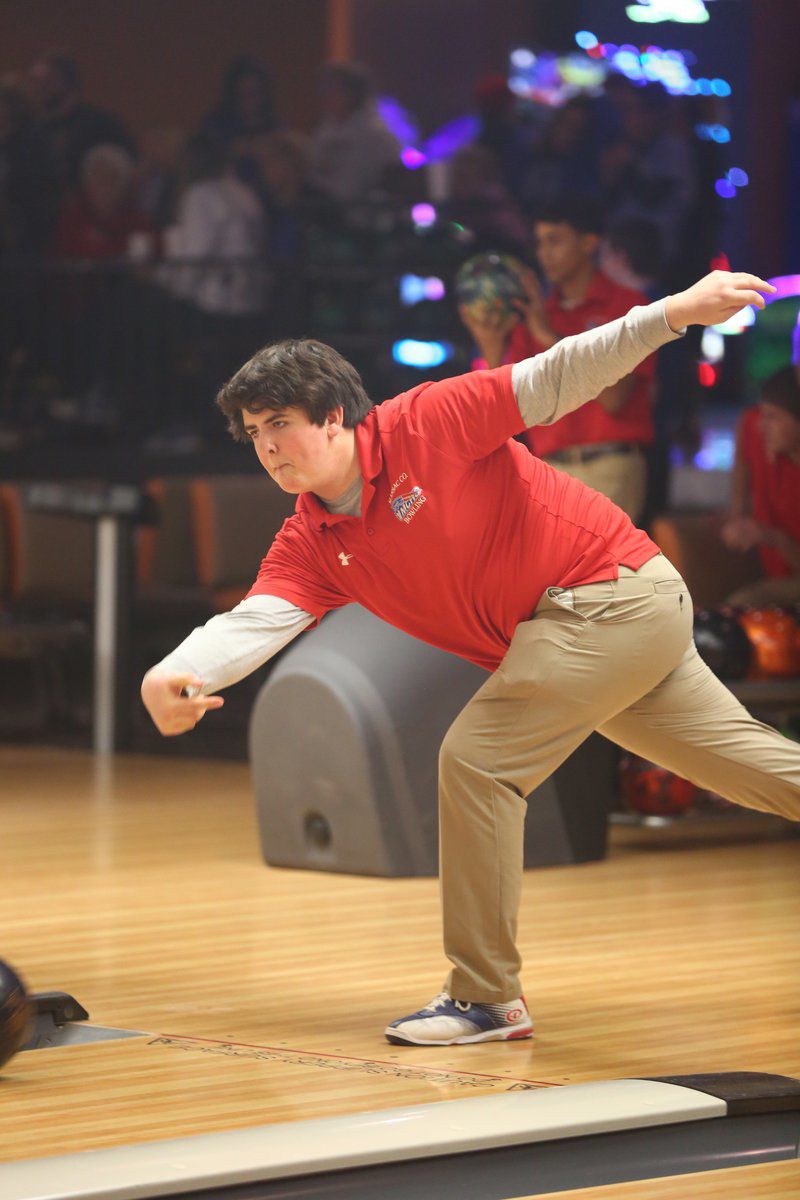 Evan Garduno is all concentration Tuesday afternoon in JV competition.

Kaylee Fraser rolls it against Anna-Jonesboro on Tuesday.

Luther Hawes on point against Anna-Jonesboro in Junior Varsity action.

Aaron Melcher gets low on his approach Tuesday.

Evan Garduno is all concentration Tuesday afternoon in JV competition.

Super Bowl's parking lot was jammed up Tuesday afternoon for a re-match between the Anna-Jonesboro Wildcats and the Massac County Patriots. The big house saw some first rate bowling as the young keglers put on quite a show.

Boys teams and girls teams filled up most of the lanes, and there was a lot of whoopin' and hollerin'. The girls, who have been on quite a roll lately, lost their match by a slim margin while the boys, who owned a 90 pin lead going into the final game, couldn't hold off the hard charging Wildcats.

Massac had won the first game, and then put on a strike clinic to win the second with both teams going over the 1,000 pin mark for the game only to have Anna take the third game and total pinfall.

The boys second game was a blast to watch as both teams piled up the strikes and turned up the noise. The girls, who had recently shot the program's [girls] first 900 series, also put up some nice numbers but came up just a bit short for the total.

I think that Alex Swafford's first 200 game along with teammate Paige Troutt's 200 game marked a first for the team as two girls both shot 200 in the same game.

Now for some editorializing. I am not a fan of the IHSA scoring system for bowling. The only thing that matters in a three-game match is total pinfall. As someone who has been around bowling for a long time, I don't see why the match is not decided by a point system like two points per game and two points for total.

Bowling leagues all over the country use a point system like that and it seems infinitely fairer than the "winner takes all" approach of total pinfall. But they didn't ask me and I doubt that the phone call is coming.