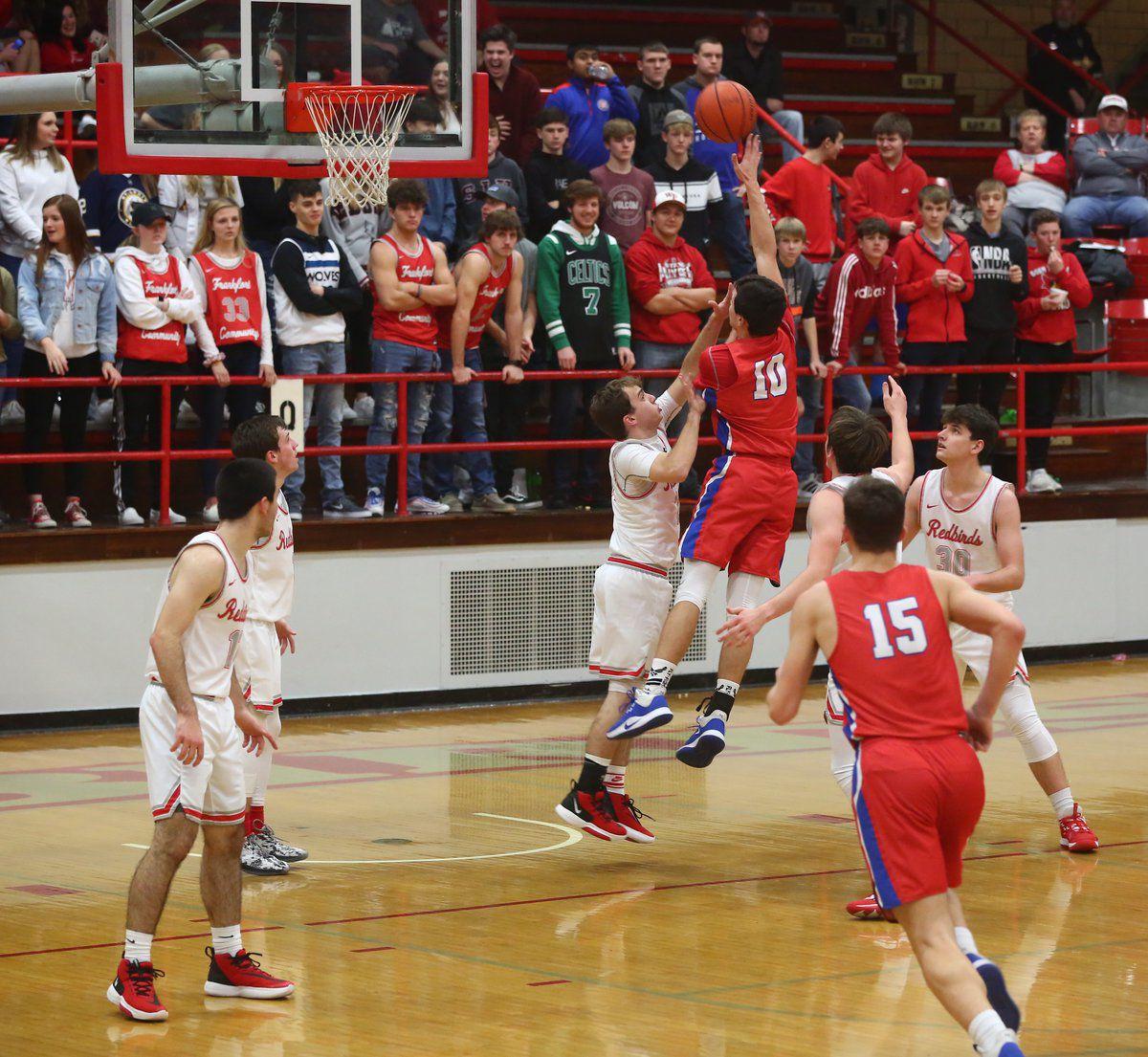 With a hand in his face Zach Travis goes up for a bucket in Friday's game versus West Frankfort. 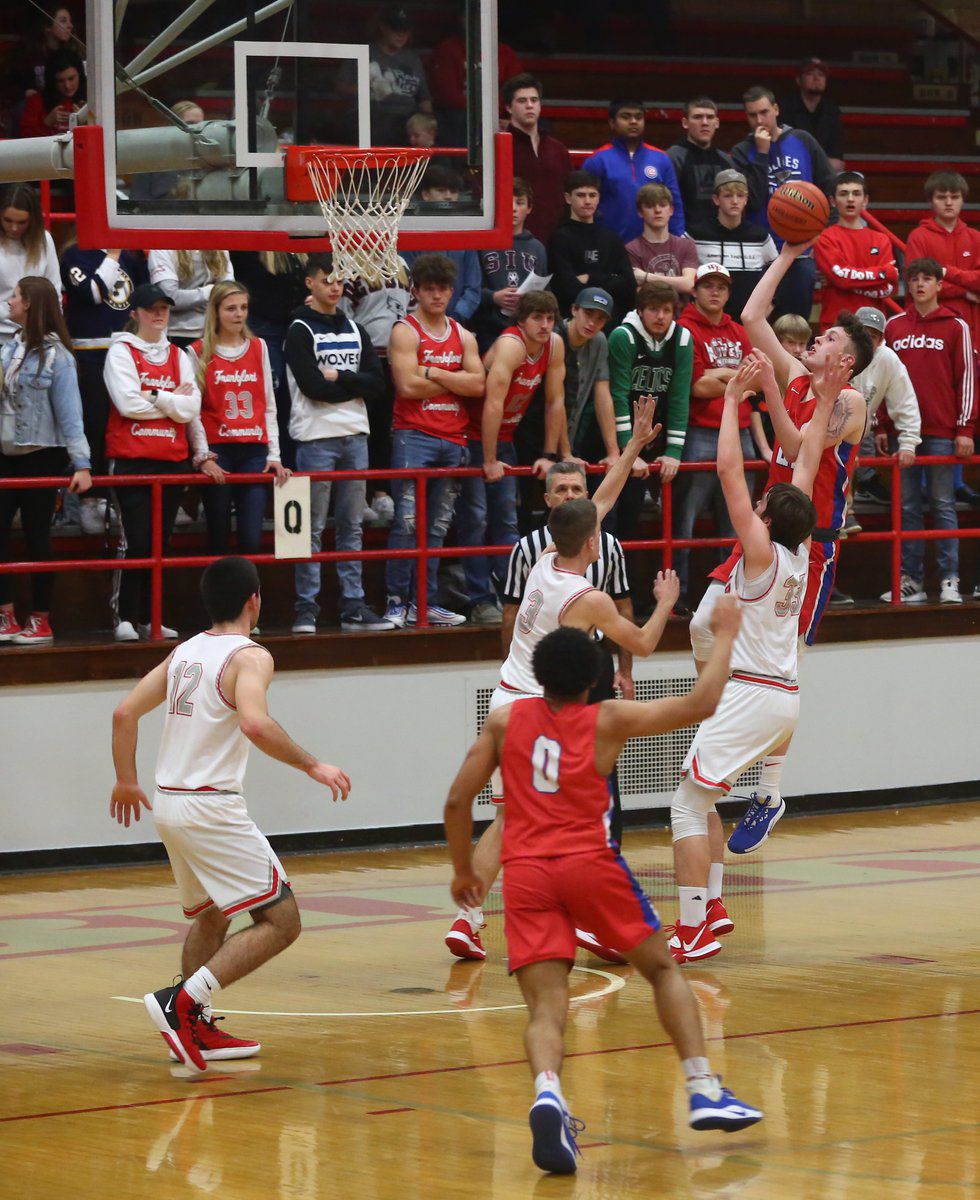 Kaleb Ramer is in the air for an attempted basket and is fouled and sustained an ankle injury on the play. 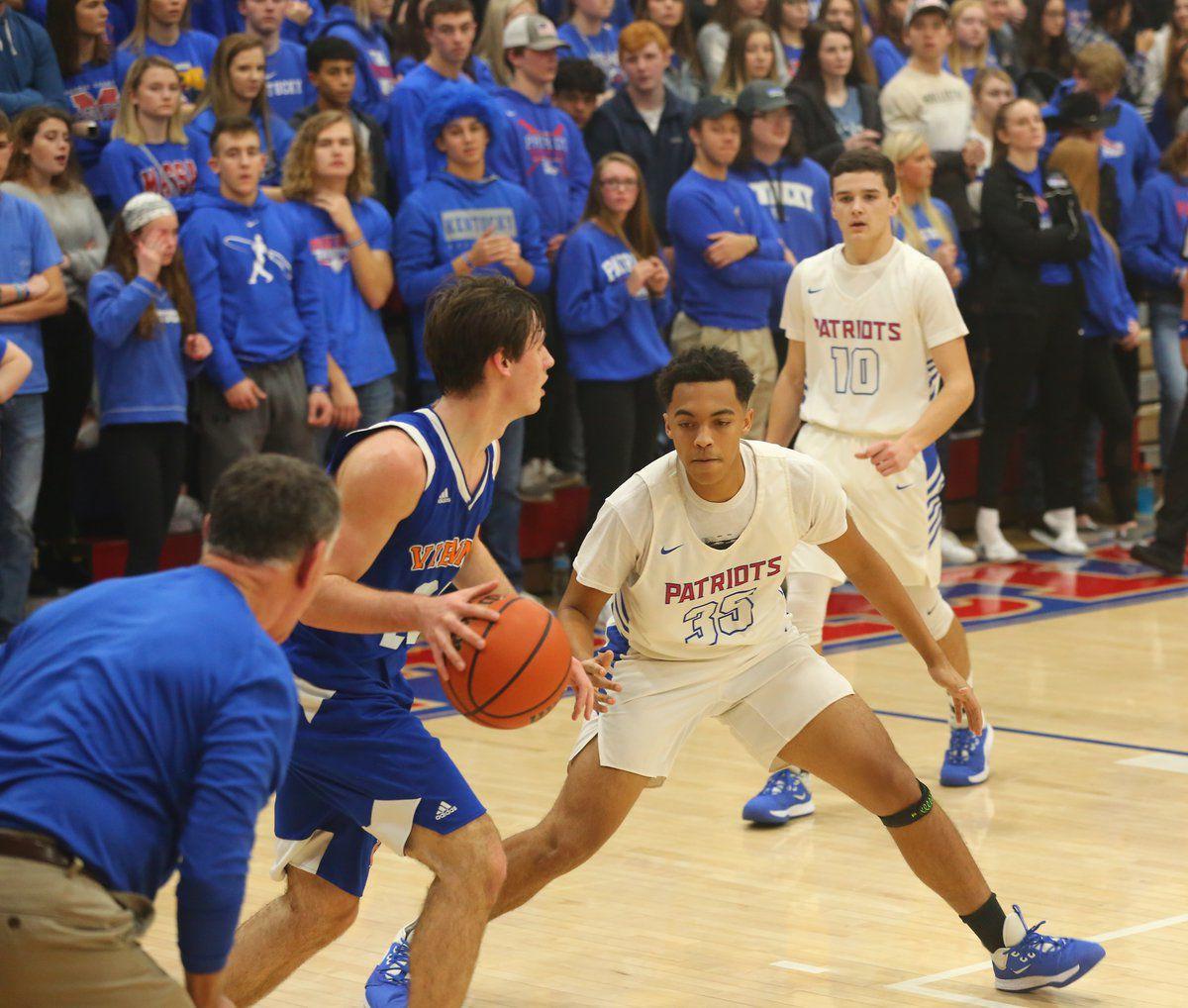 Dathan English guards Vienna's man in their first game of the City of Metropolis Superman Tournament on Monday.

With a hand in his face Zach Travis goes up for a bucket in Friday's game versus West Frankfort.

Kaleb Ramer is in the air for an attempted basket and is fouled and sustained an ankle injury on the play.

Dathan English guards Vienna's man in their first game of the City of Metropolis Superman Tournament on Monday.

In the opener of the 37th annual City of Metropolis Superman Classic the Carterville Lions beat Graves County 42-30 to get things rolling. Massac County and Vienna had the finale of Monday night's action, and Massac rolled to a 64-43 win over the Eagles.

Monday's Vienna and Massac County match-up was preceded by a standing "moment of silence" from a blue clad crowd in memory of David Hannan, Massac County's long-time band director who passed away over the weekend of brain cancer. David was a graduate of Vienna High School and the band job at Massac was his first out of college. Any attempt by me to eulogize David would be pointless so I'll say this, if you've seen the band, on the field or in the gym, over the last several years, you have seen David's legacy. To borrow a phrase from Dan Fogelberg, he truly was "The Leader of the Band." Rest in peace, Mr. Hannan.

As the seeding suggested [#1 versus #8], Massac had little trouble with the Eagles jumping out to a 16-4 first quarter lead. The lead swelled to 19 at halftime as the Pats' Jase Mizell dropped a pair of last minute triples on Vienna for a 35-16 margin.

More of the same in the third frame, and the lead grew to 23 points at 55-32. Both teams went to their benches early in the final stanza, and the score settled at 64-43. Vienna's Ross led all scorers with 26, while Mizell led Massac with 20. Kyler McIntosh had a big night for Massac with 13 points, and Julian Russell added 15.

Tuesday night had number three seed Charleston, Missouri clobbering Cobden by a somewhat unexpected margin of 75-43. In the nightcap, number two seed Goreville smacked Century by an absurd margin of 85-44.

Friday night's semi-final matches are now set with number one seed Massac going up against number four seed Carterville in the early game on 6:15 p.m. on Friday night and Charleston tangling with the Blackcats in the nightcap at 7:30 p.m. The championship game will take place at 7:30 p.m. on Saturday night.

Massac County traveled to my favorite gym in southern Illinois, Max Morris Gym in West Frankfort, and "stole" one from the Red Birds Saturday night, literally. The first half was hotly contested as neither team could get untracked offensively and the 'Birds led 21-19 at halftime.

The third quarter belonged to Frankfort as the 'Birds led by 14 in the waning seconds of the quarter before Trajen Keyes buried a huge trey and was fouled in the act to shave four points off the lead at 47-37. Keyes came up big again early in the final eight minutes with another triple, cutting the lead to seven. Keyes assisted JJ Sweatt on a run-out bucket to get it down to eight.

Zach Travis took over then with a bucket off an in-bounds play and a monster triple of his own. Sweatt then returned the favor to Keyes with a steal and a fast break assist for Massac.

Inside the 3:00 mark, Sweatt grabbed a miss off the hand of Russell and was fouled sending him to the line. Sweatt missed one and made one for a 52-50 Frankfort lead with just under a minute left. Travis was fouled with 20 seconds on the clock and was on the line for the bonus but missed the front end giving Frankfort the ball in a tie game.

Travis quickly atoned for the miss when he stole the ball near half-court and made the layup. Massac pressured the 'Birds mightily forcing a wild shot at the buzzer that fell harmlessly.

It was hard to pick a standout from a game that Massac probably should have won by a comfortable margin, and a win to which everyone contributed, but without Keyes and Travis in that final quarter, that one could have ended quite differently.