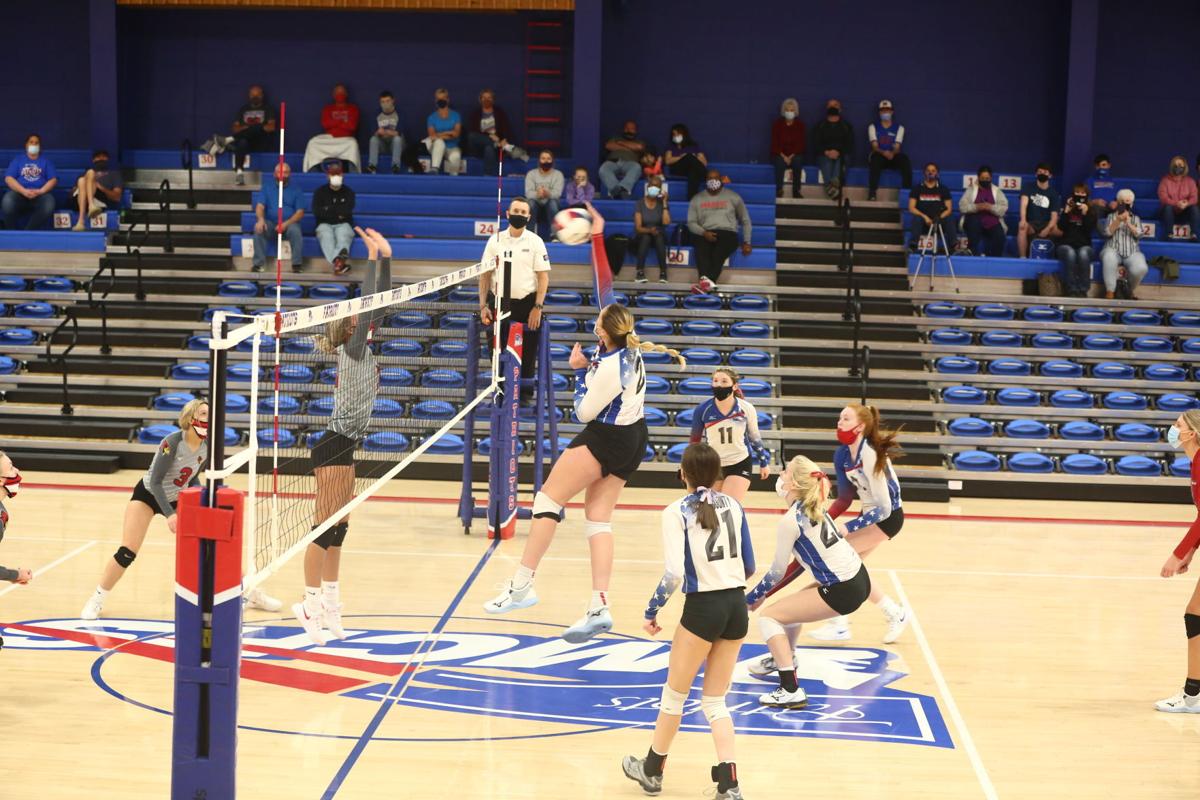 Cali McCraw applies the kill to a West Frankfort volley. 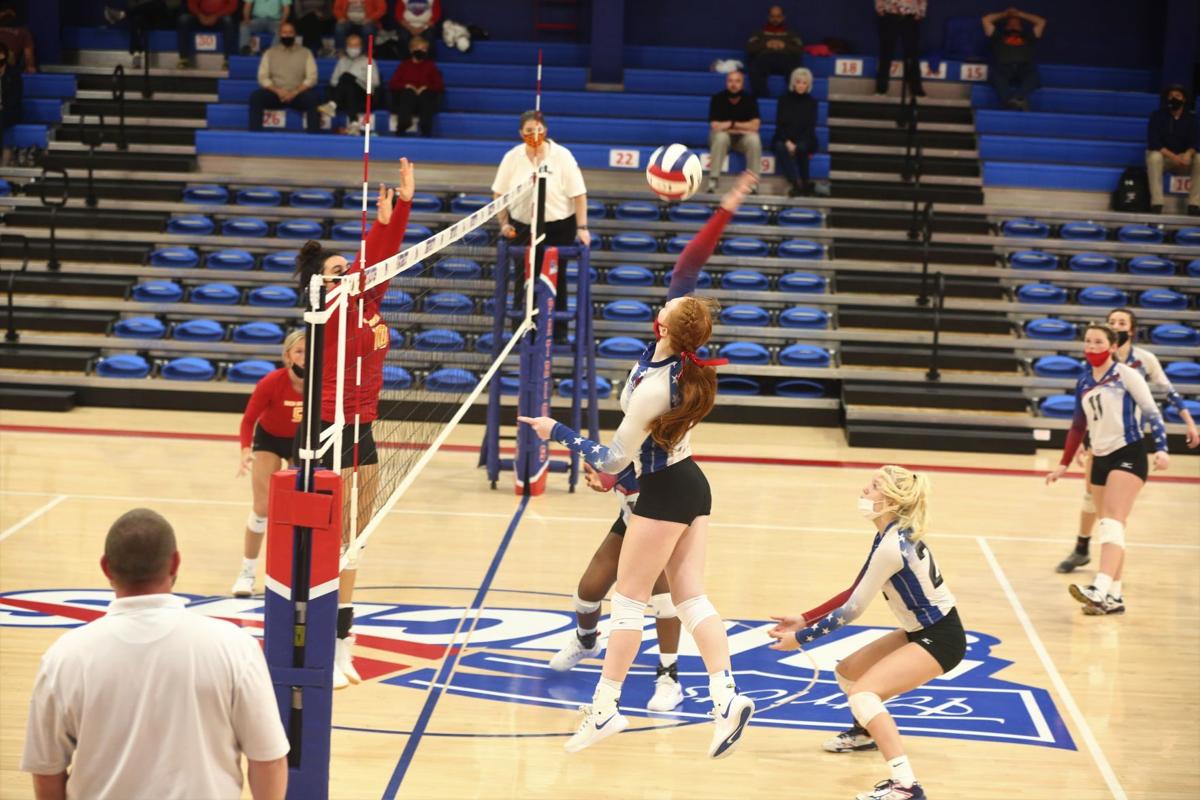 Hailey Edwards loads up the kill shot against Murphysboro Tuesday night. The girls took a straight set win over the Red Devils.

Cali McCraw applies the kill to a West Frankfort volley.

Hailey Edwards loads up the kill shot against Murphysboro Tuesday night. The girls took a straight set win over the Red Devils.

No surprises here! Massac County’s volleyball team is off and running, putting up four wins against a lone loss going into Tuesday night’s showdown with Murphysboro.

Herrin was next on the schedule, and the Tigers hung the only loss the ladies have suffered on them. Massac prevailed in the first set 25-19, but dropped the next two nail-biters by identical scores of 23-25. Defensively for Massac, Bormann and Hammonds combined for 87 digs. On offense, Edwards and Hammonds each had 14 kills. Bunting was busy dishing out 39 assists, and Cali McCraw had five blocks.

In their first “tri-match” of the year, Massac put up wins over Carterville and Marion. Against Carterville, the Lady Patriots took the first set 25-13, but dropped the second by a count of 15-25. Shaking off the 10-point loss of the second set, the girls finished off the match by taking the last set 25-21. Against Marion the girls were on “cruise control” winning 25-19 and 25-21.

Monday night had the girls in Anna, and the Wildcats pulled out all the stops. A nice COVID crowd, a student “cheering section” and an overall great atmosphere produced a straight set 25-14, 25-12 win for visiting Massac and a great deal of appreciation for the welcome.

Tuesday night had Murphysboro visiting for one more chapter in the Massac vs. Murphysboro saga. With fiery Red Devil coach Mike Layne now at Pinckneyville the rivalry may have lost a bit of its luster, but it’s still a conference rivalry and a good one.

With a limited number of spectators, particularly visitors, the gym was nowhere near as noisy as your usual Murphy and Massac matchup, but it still got raucous on occasion. When the smoke settled, Massac had its fifth win of the year taking a straight set 25-21, 25-20 win.

Coach Zach Miller’s troops go to 5-1 on the season and take to the road for the next three games going to Harrisburg, Carbondale and Herrin. They will be back home on April 1 against Benton.