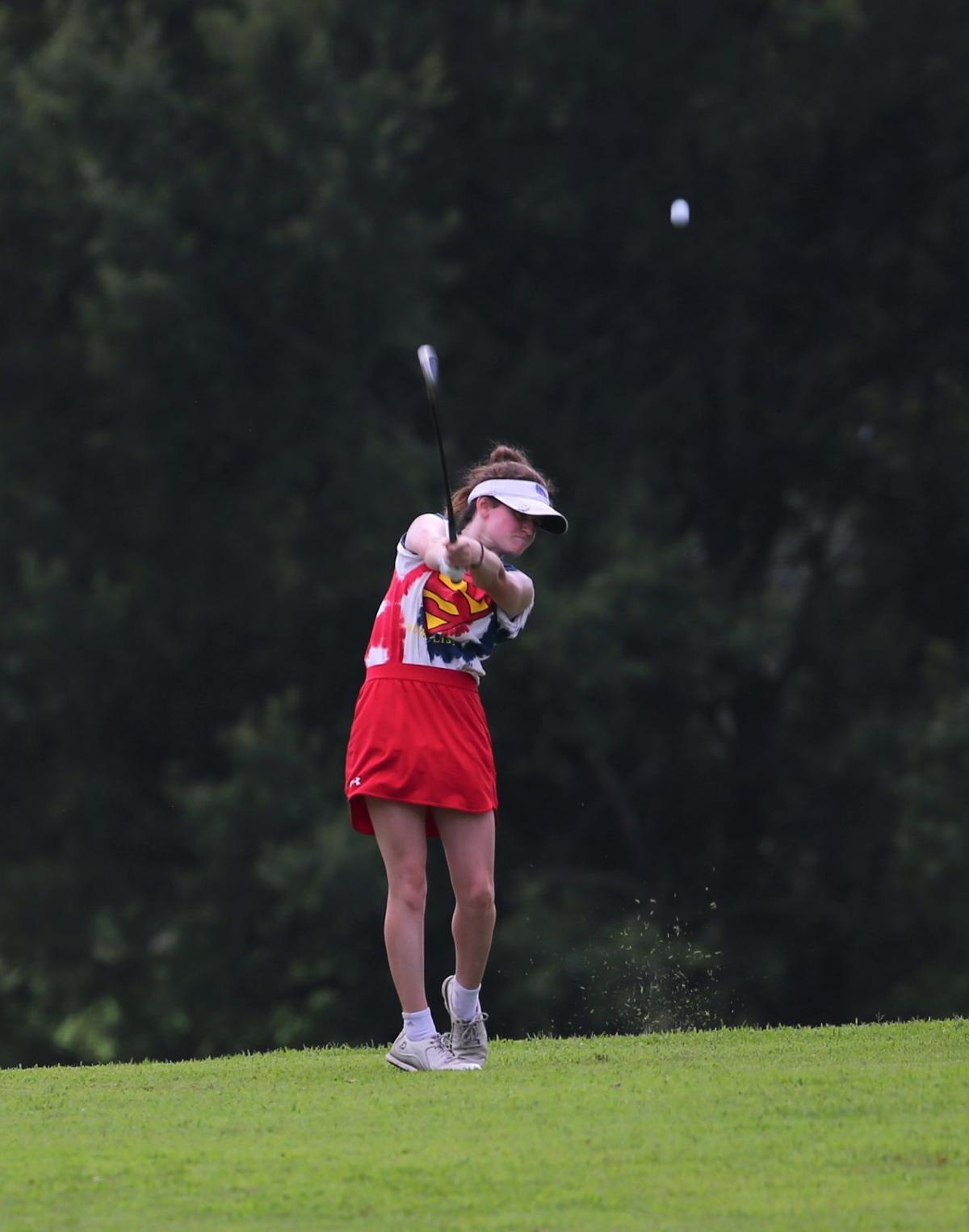 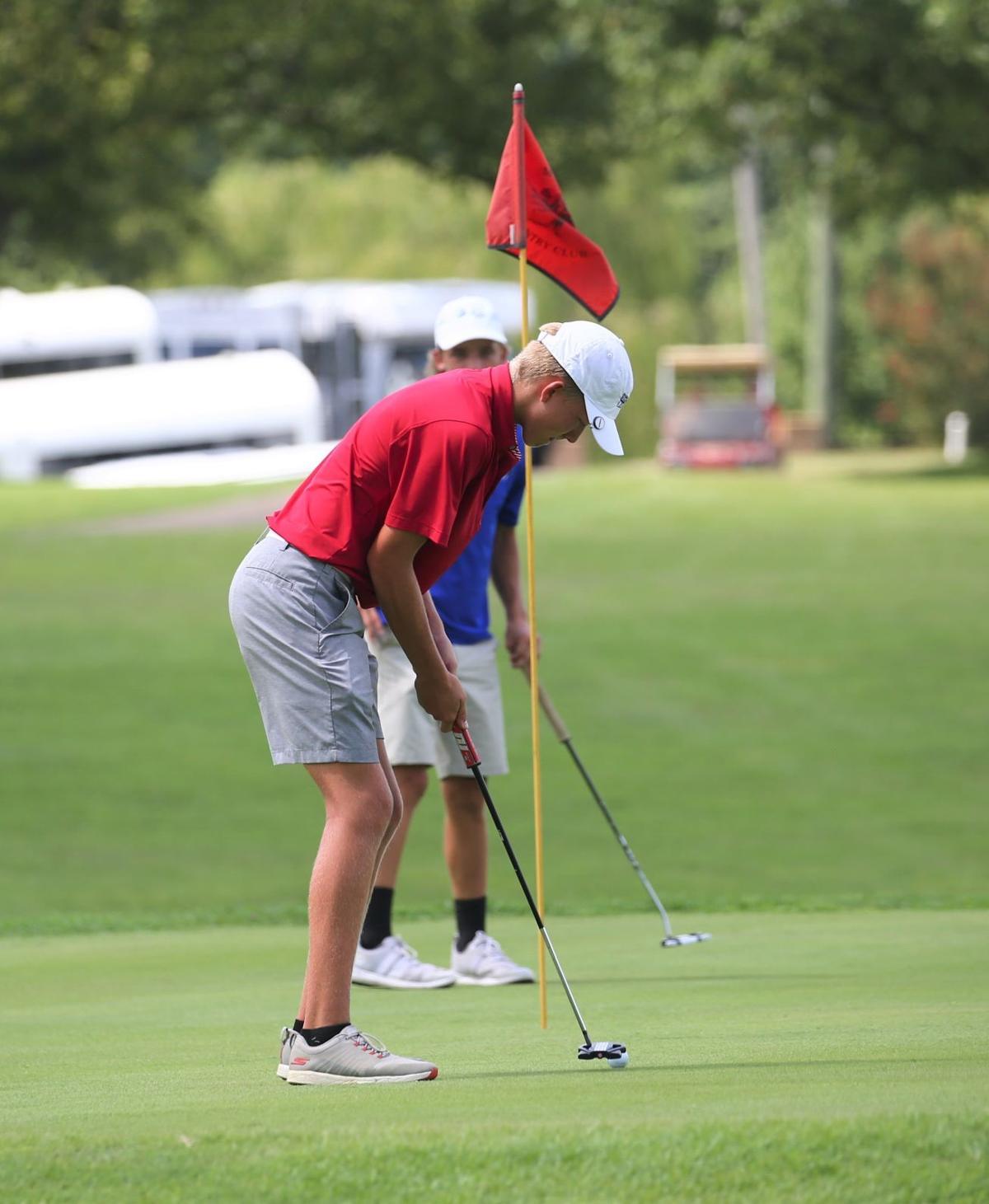 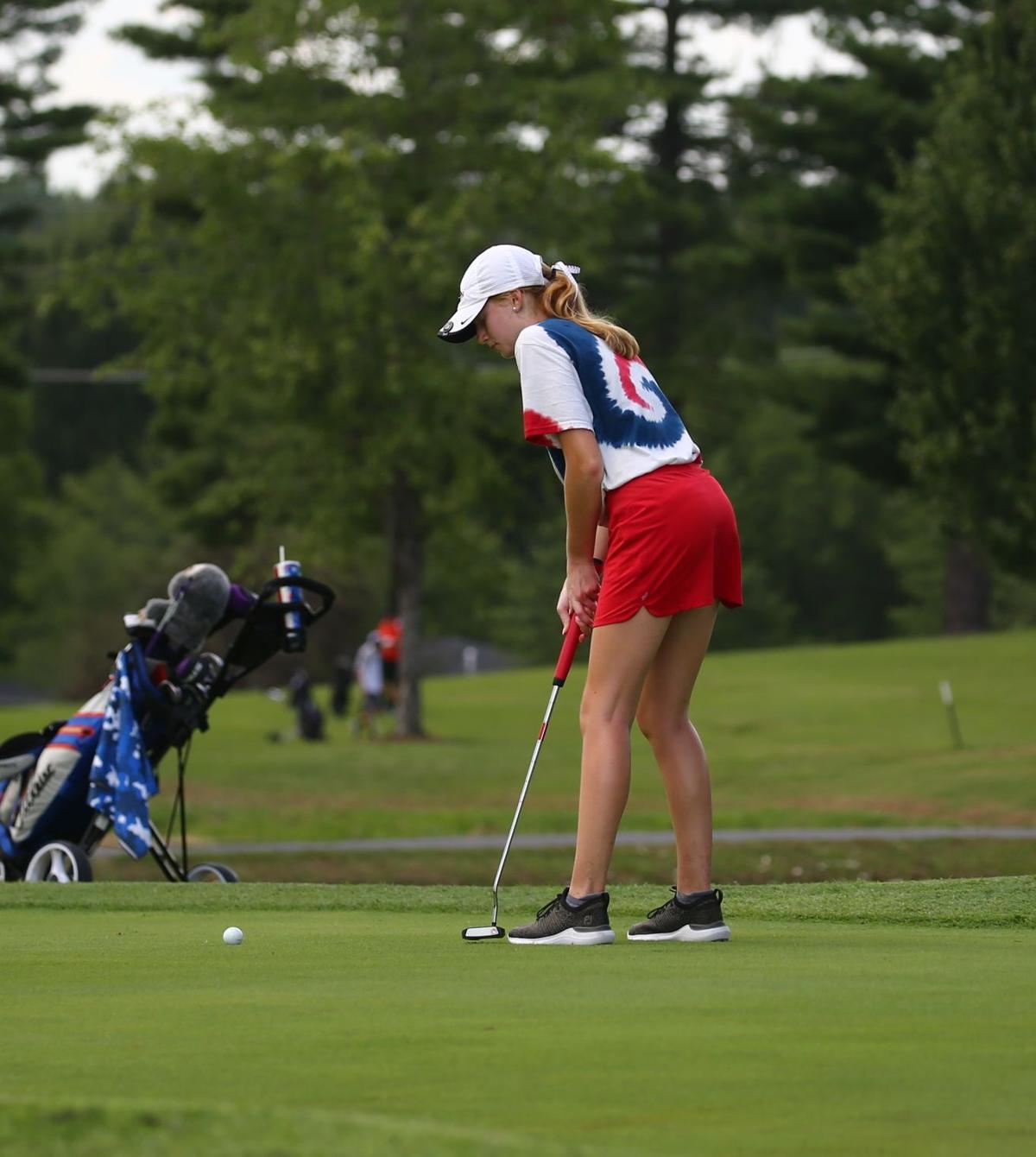 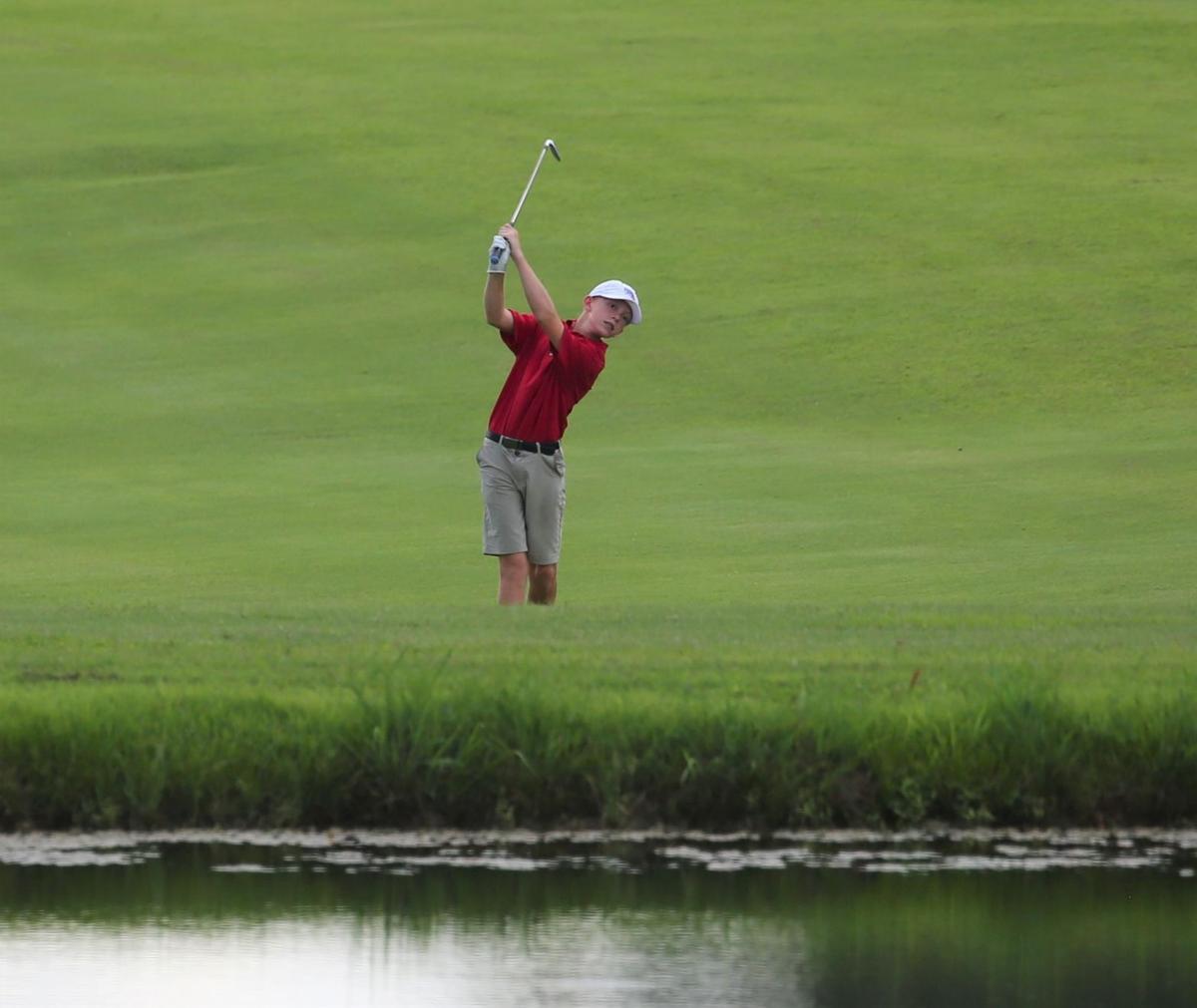 You could kinda see this one coming. Massac County played host in the Patriot Invitational Saturday morning, Aug. 28, at Metropolis Country Club to a field that included powerhouse boys’ team Benton and an ultra-talented girls’ team from Mt. Carmel.

When play was over Saturday afternoon, the Rangers and the Lady Golden Aces had both put up impressive numbers to take first place in the tournament.

Benton’s boys, led by Cy Norman’s 3 under par 68, posted a 290 to blitz the field. Massac County’s boys finished second, besting Anna-Jonesboro by one stroke at 319 to 320.

Benton’s “counters” owned four of the top six scores on the boys’ side.

The Patriots were led in scoring by Gabe Rottmann, who finished seventh overall with a 76. Preston Summers shot 79 for Massac, while Bennett Neely came in at 81, Isaac Burnett shot 83 for Massac’s four “counters.” with John Stephenson and Luke Maurer at 90 and 93 respectively.

For the Lady Patriots, Elise Coakley led the way with an 80. Josey “Wales” Walker shot an 88, Izzy Hawes had an 89, Olivia Heine shot 93 and Katie Frazine also broke the century mark with a 96.

Massac’s boys were in action Monday, Aug. 30, against McCracken County and posted a nice win with Neely leading the way against the Mustangs. Coach Gary Adkins’ crew were back at it Tuesday, Aug. 31, traveling to Benton to take on the Rangers and Pinckneyville; no details were available at press time.

The girls, meanwhile, hosted Herrin and Murphysboro on Monday and put up another nice showing with a 170 total for a win. The four “counters” were led by senior Delaney Williams with a tidy 39. All the other Massac County girls cracked the “50 barrier” with Coakley shooting 40, Walker at 41, Hawes at 44, Olivia Heine at 45 and Hannah Heine and Frazine at 46.