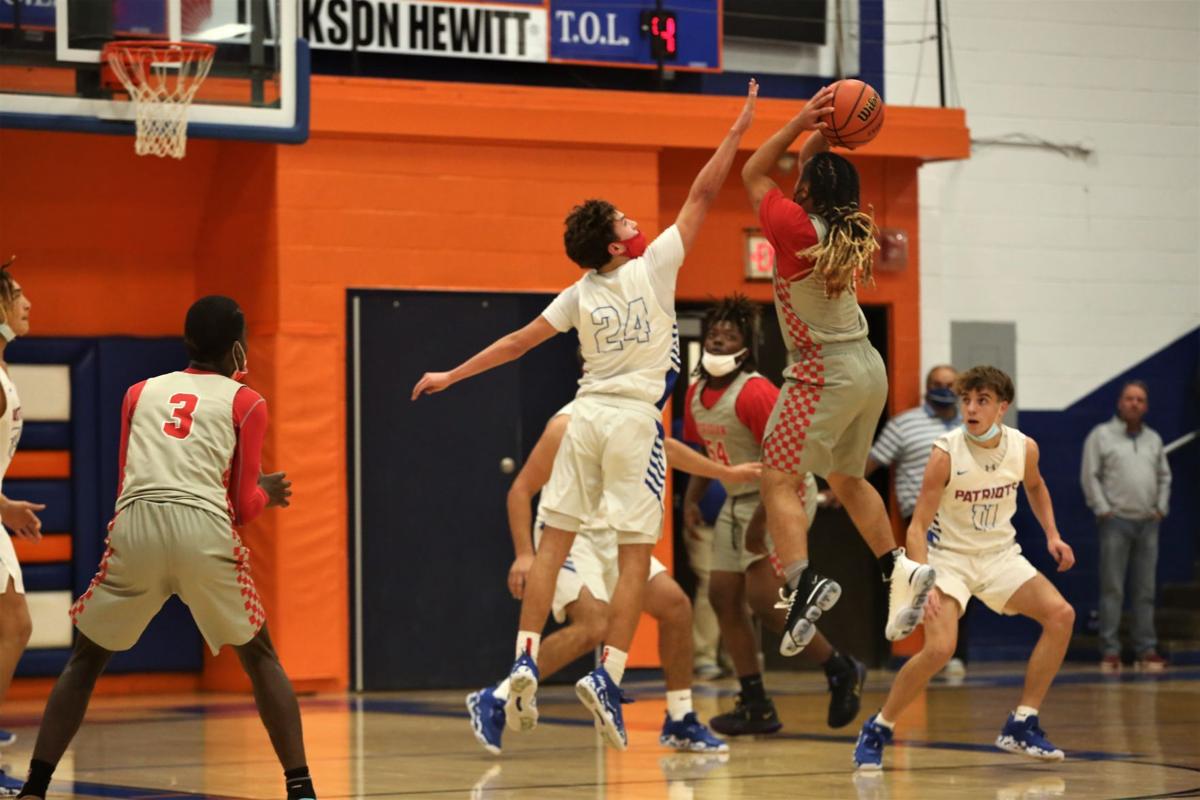 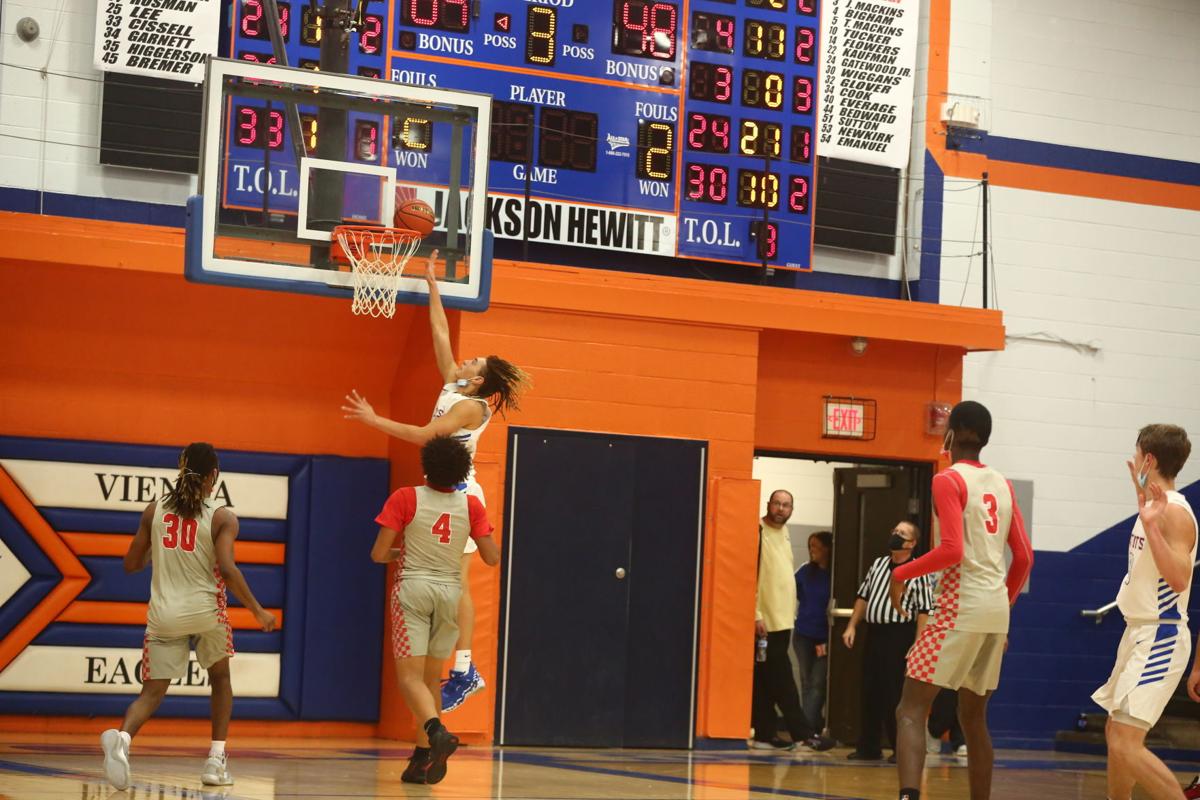 Ian Higgerson gets an uncontested layup against the Bobcats. 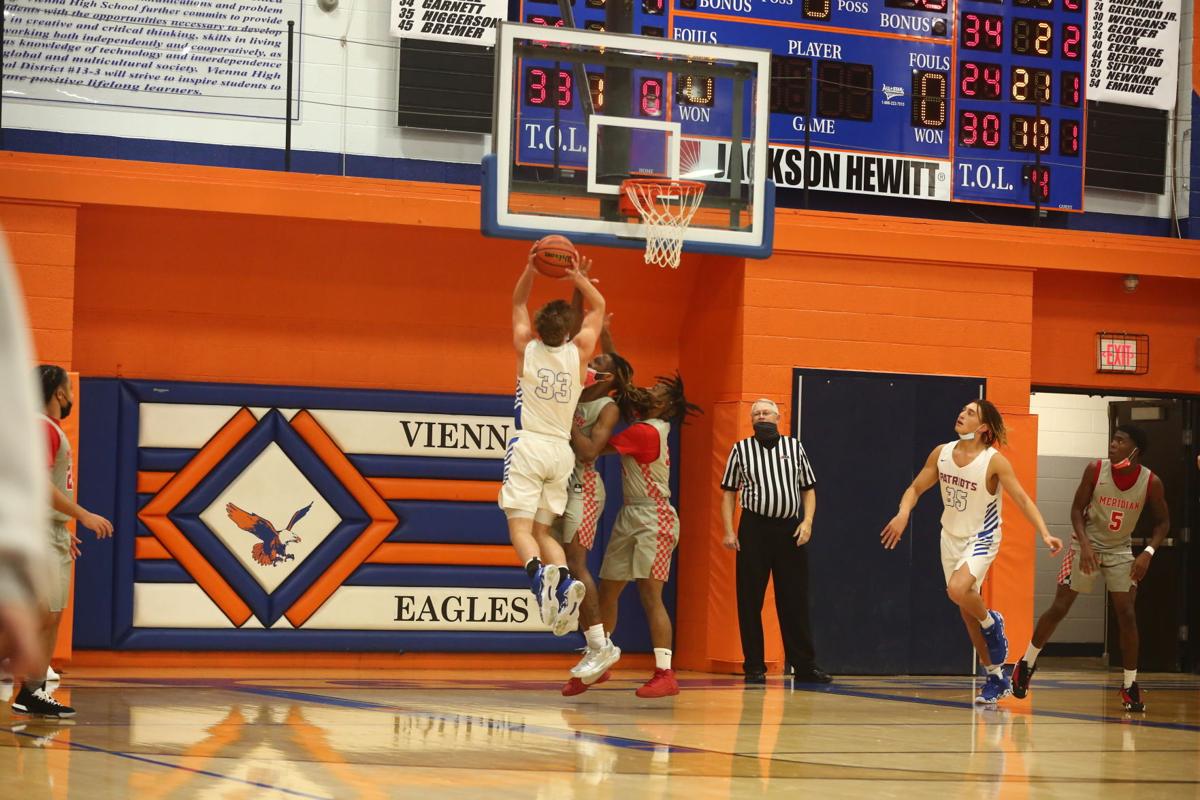 Brady Cissell was strong on the boards during Monday’s opener at the Vienna Thanksgiving Tournament against Meridian. 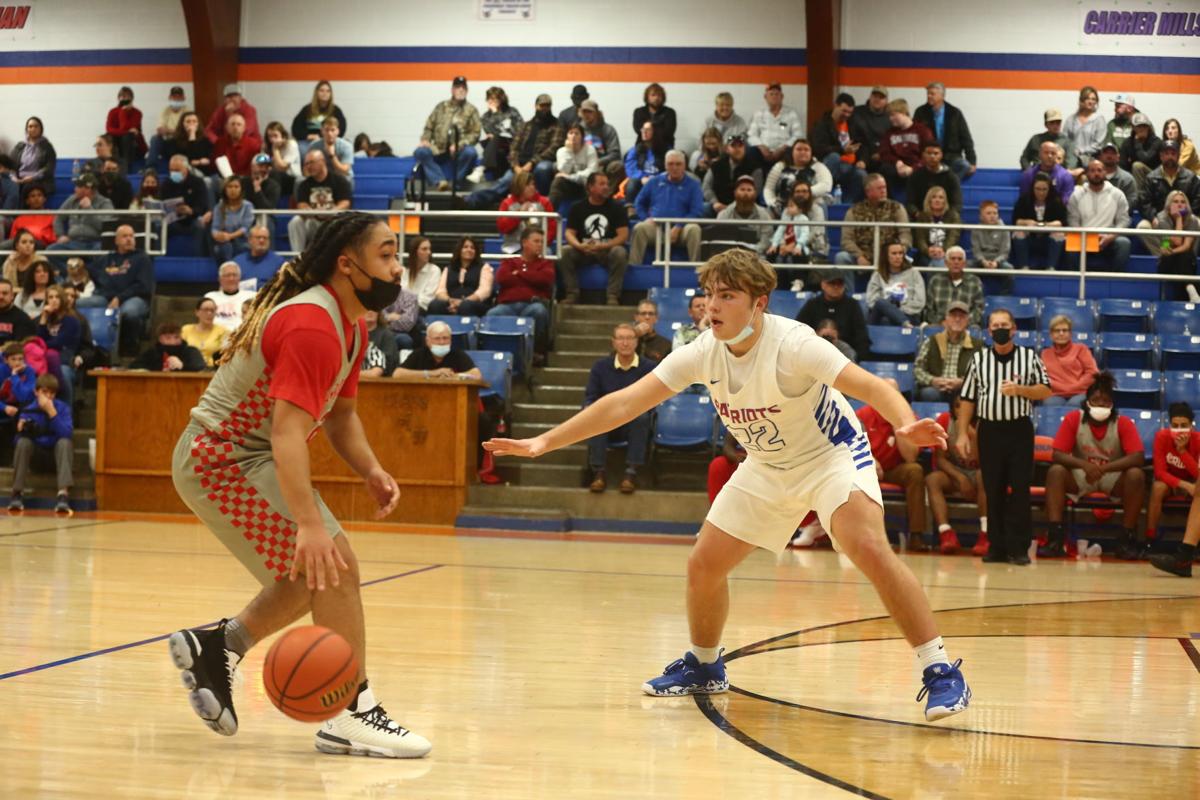 Ian Higgerson gets an uncontested layup against the Bobcats.

Brady Cissell was strong on the boards during Monday’s opener at the Vienna Thanksgiving Tournament against Meridian.

For 16 minutes, the second game of the Vienna Thanksgiving Tournament between Meridian and Massac County was all a high school hoops fan could want — a two-point lead at the end of the first quarter and a one-point lead at halftime fraught with non-stop action, some good plays, a few great plays, frenetic defense and a race horse pace … you get the picture.

The game opened the Patriots’ season on Monday, Nov. 22.

Massac County owned a 43-42 one-point lead at the intermission and then it got better … a lot better — if you’re a Patriot fan!

Guard play was electric in the first half as Massac’s Isaac Hosman and the Meridian duo of Rod Gatewood and Jaden Bigham treated the crowd to great passing and shooting. The trio combined for 47 points of a total of 85 for the two teams.

But the third quarter … WOW!

Massac County exploded for 29 points and threw a lead blanket on Meridian’s scorers, holding the Bobcats to a mind-blowing six points. What had been a barn-burner was all of a sudden a blowout.

An 18-4 run to open the third frame demoralized the Bobcats. and the pace took their legs out from under them. The trio of Hosman, Brody Smallman and Will Harmon just suffocated the outside play of Meridian, and Brady Cissell, Ian Higgerson and Max Bremer controlled the boards and the paint.

The third quarter may not have been perfect, but it was dang close. Everyone who got on the floor made a contribution, and it was just about magical to watch. Pardon the possible hyperbole, but I don’t think you’d get much argument from anyone who saw the game.

Gatewood, who had run wild in the first half, drew a blank in the third quarter.

Coach Hosman’s sizable bench and unwavering commitment to conditioning just wore down the game Bobcats. Hosman called off the dogs early in the final quarter, and, with a “continuous clock” ticking away, Meridian waved the white flag as the game score settled at 87-57.

A huge team effort, great defensive effort and some terrific passing put everyone on notice that this bunch just might be special.

The tournament will continue through Saturday, excluding Thanksgiving Day. The Pats took on Eldorado on Tuesday night, Nov. 23, after press time; will meet Carrier Mills on Wednesday, Nov. 24; will meet up with Cobden on Friday night, Nov. 26; and will finish things off with host school Vienna on Saturday, Nov. 27. It’ll be worth the short drive to Vienna, I promise.