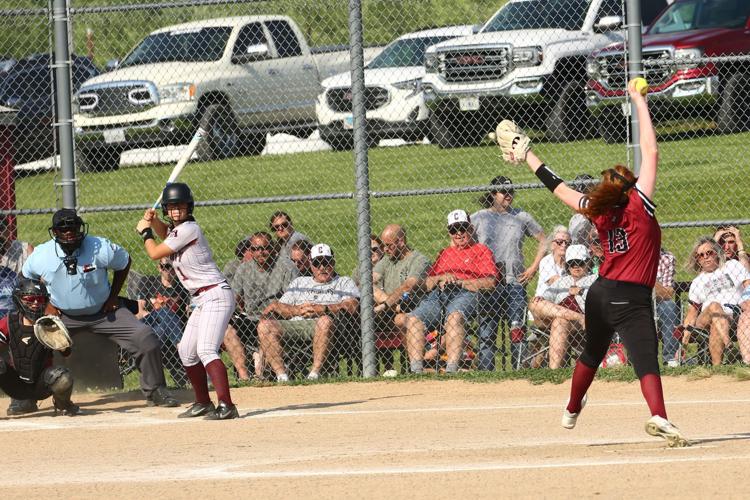 Lady Centurion Ashton Dillow works in the circle versus Pope County in the IHSA Ullin regional on May 20. 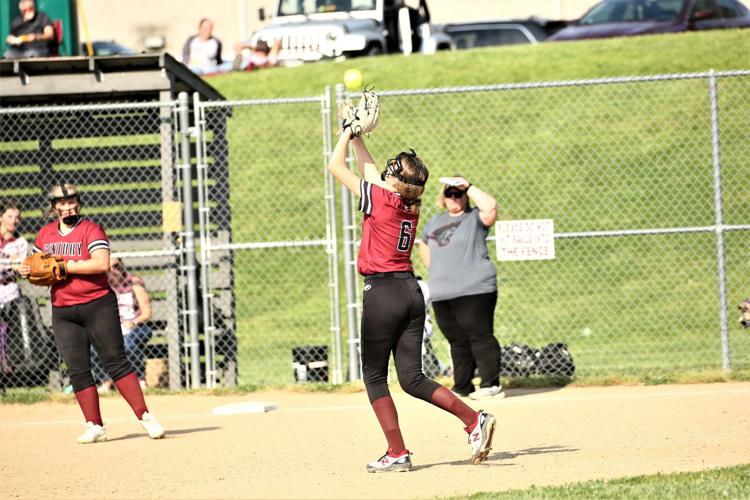 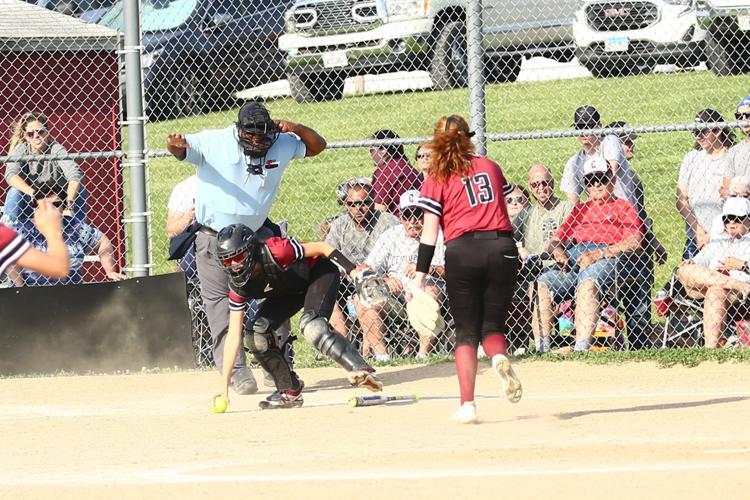 Century catcher Hannah Sauerbrunn pops out from behind the plate. 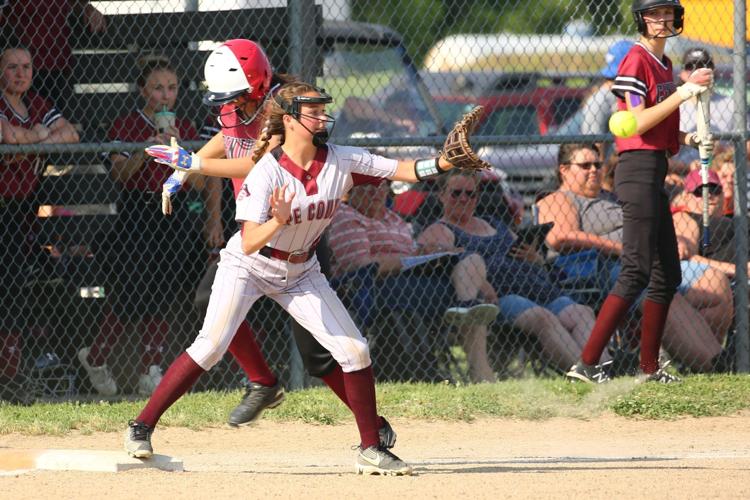 Hailey Ames legs out a hit against Pope County on May 20.

Lady Centurion Ashton Dillow works in the circle versus Pope County in the IHSA Ullin regional on May 20.

Century catcher Hannah Sauerbrunn pops out from behind the plate.

Hailey Ames legs out a hit against Pope County on May 20.

Down at Century, the Lady Centurions took on Pope County in the Ullin 1A regional on Friday, May 20.

Pope beat Hardin County to make the finals, and Century won over Egyptian setting up the finals.

Playing in “gale force” winds made circus catches of anything in the air and, sure enough, the wind played a big part in the outcome of the game.

Century took a 1-0 lead in the top of the fourth. Pope countered with three runs in the bottom of the fourth, aided by a couple of dropped flies.

Century answered with three of their own in the top of sixth when Allie Sauerbrunn’s single scored Linsey Miller and Ashton Dillow. Sauerbrunn advanced to second on the throw to the infield, then promptly stole third and scored on a wild pitch. Century tacked on another run in the top of the seventh when Jayda Wright scored on Carleigh Jones’ single.

Now leading 5-3 with three more outs to go, Century looked to be in pretty good shape. A leadoff single got things underway for Pope County, but Century pitcher Dillow got a ground ball out to get her a third of the way home. A Lady Pirate single got them to within a single run at 5-4.

Dillow got one more pop-up for the second out and, with runners on second and third, she induced one more infield fly for what looked to be the game winner, but the wind played havoc on Century’s third baseman, and the ball was dropped, allowing the tying run to score.

Dillow then got a hard grounder to shortstop, but a hustling Lady Pirate beat the throw when the ball was bobbled slightly, and Pope had a big comeback win.

For Century, the future looks bright also as they graduate a lone senior and should return a boatload of players for next year.