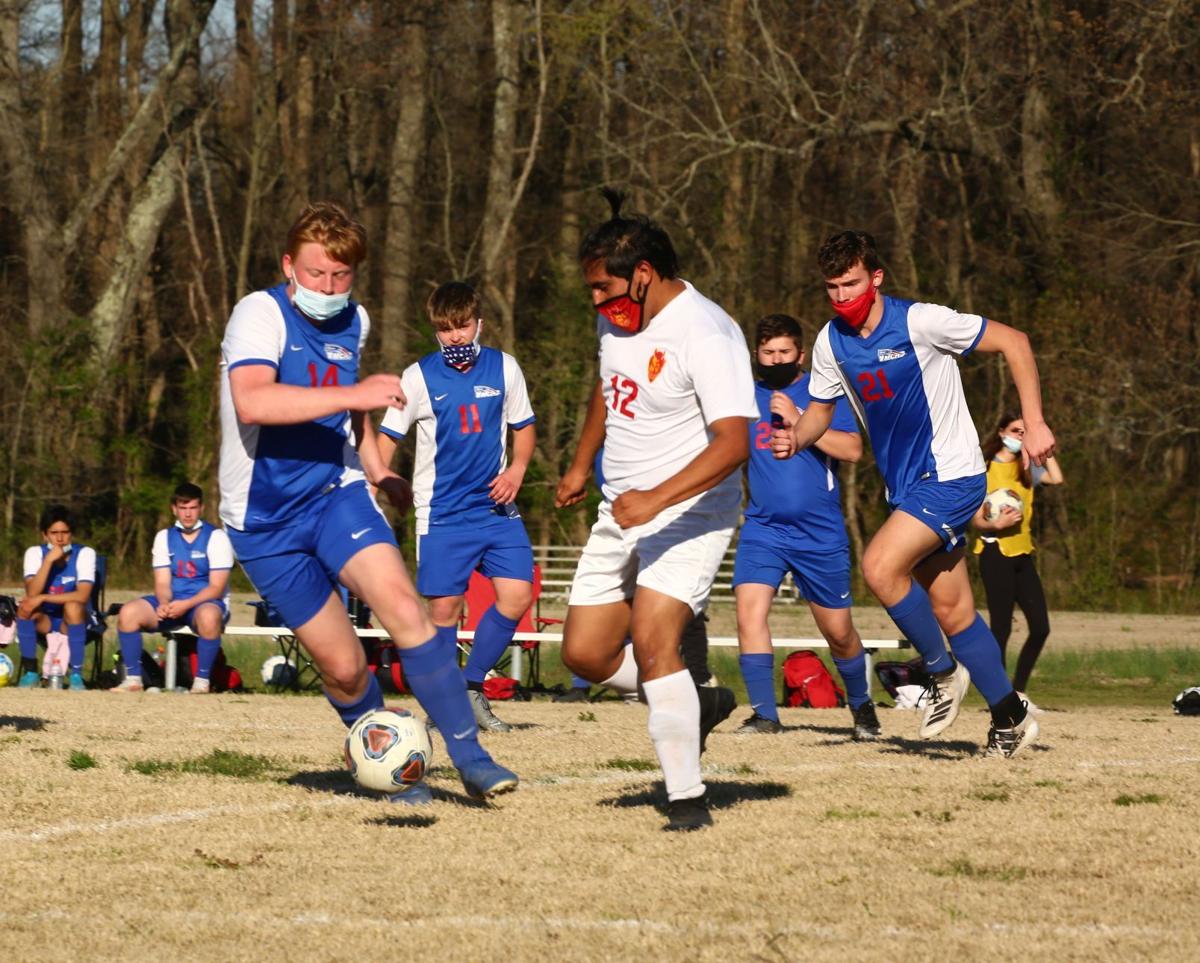 Luther Hawes plays “keep away” during Monday’s game against Murphysboro. 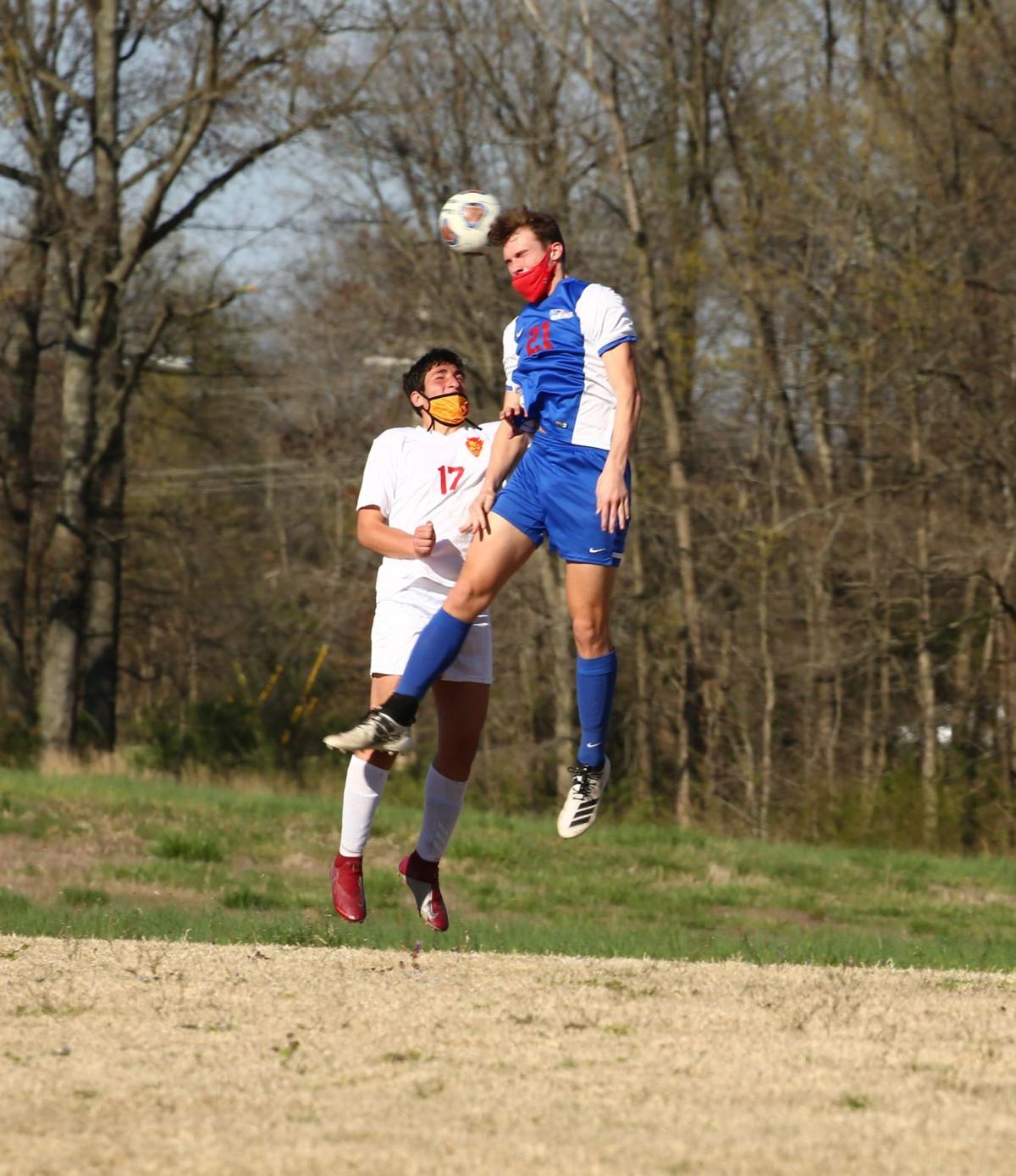 Above: Jake Miller sends the ball downfield against Murphysboro. Left: Kyler McIntosh lifts off for the header Monday. 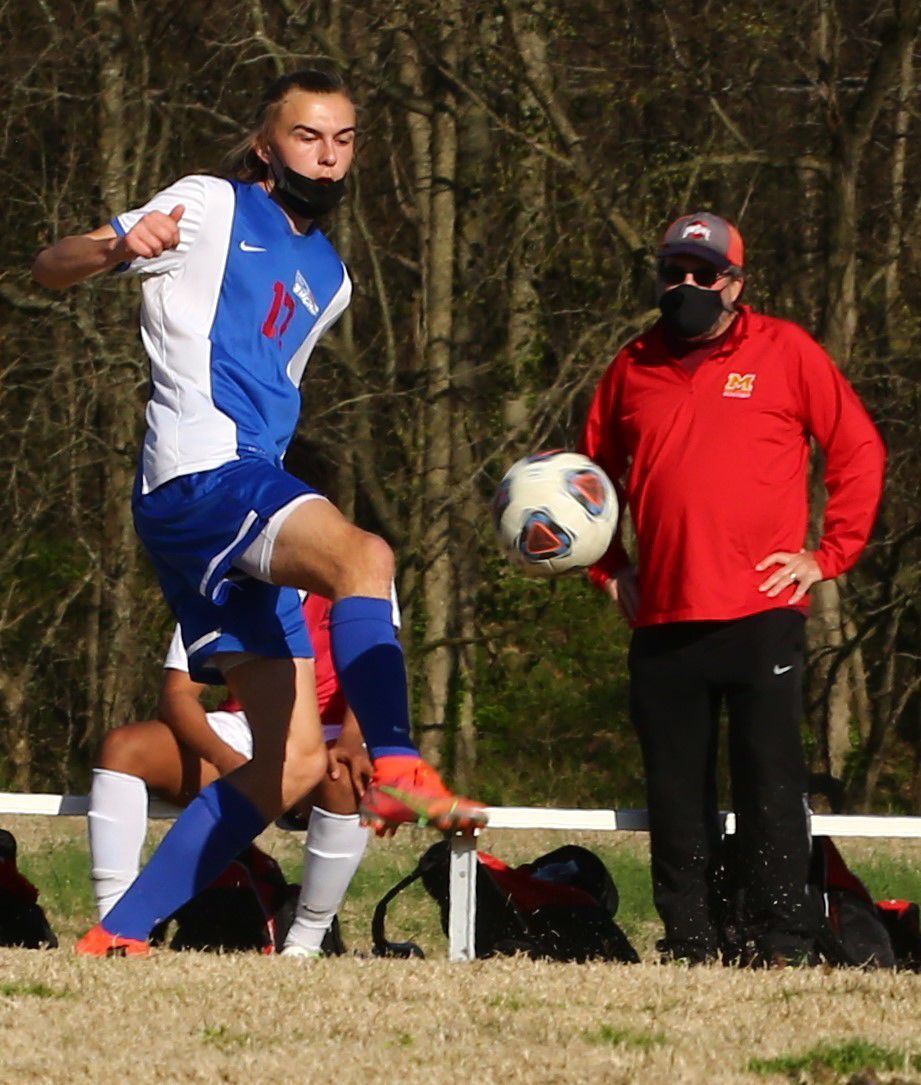 Luther Hawes plays “keep away” during Monday’s game against Murphysboro.

Above: Jake Miller sends the ball downfield against Murphysboro. Left: Kyler McIntosh lifts off for the header Monday.

Zach Miller’s volleyball team rolls on with a Monday night win over Carbondale.

Heavy hitting and hard-nosed defense were the order of the day in a 25-23 and 25-17 Massac County win.

At the net, Hailey Edwards and Cali McCraw combined for 17 kills, and Madison Hammonds recorded five of her own.

Defensively, the trio of Hammonds, Sophie Bormann and Sydney Wilke combined for 63 digs. Jenna Bunting set the table for 18 assists and freshman “Addie” Gower combined with Hammonds for five service aces. The ladies improved to 6-1 overall and 2-1 in the conference.

Tuesday night saw the ladies travel to Herrin for a rematch with the Lady Tigers. Herrin dealt the girls the only loss they have against them in their first match, and this one was more of the same.

The first match was an absolute “rock fight,” and this one wasn’t a lot different. Massac took the first set 25-23, but Herrin wasn’t having any of that as they rolled up a 25-14 win in the second set.

True to form though, the Lady Patriots fought “tooth and toenail” in the finale only to fall 25-23.

The loss evened the girls’ conference record at 2 up and 2 down. Overall, they now stand 6-2 with Benton’s Rangerettes here Thursday night.

Murphysboro’s Red Devils shut out Massac County’s soccer team Monday afternoon by a score of 4-0. The boys were right back at it Tuesday afternoon at Anna in a battle with the Wildcats. No details at this writing.

Massac County’s Isaac Hosman and JJ Sweatt were also named to the honors squad. They joined Benton’s Reid Baumgarte and Reece Johnson, Andrew Bittle and Mike Godsey of Harrisburg, Herrin’s Billy Braid and Haydon Mayer and Murphy’s Calvon Clemons and JaQuan Jackson.Congratulations to all the honorees.

The SIU baseball team stands at 19-3 after dropping a three-game series with Arkansas-Little Rock over the weekend.

The Salukis whipped up on SEMO 21-4before the weekend set with Little Rock.

SIU took the first game of the set 10-7, but dropped the next two games by identical 11-5 scores. JT Weber went four for 13 over the span and scored a couple of runs. Noah Farmer threw scoreless ball in his first two appearances before running into trouble Sunday.

For the set he threw 21/3 innings and gave up two earned runs. The Salukis are still ranked nationally for the fourth straight week.