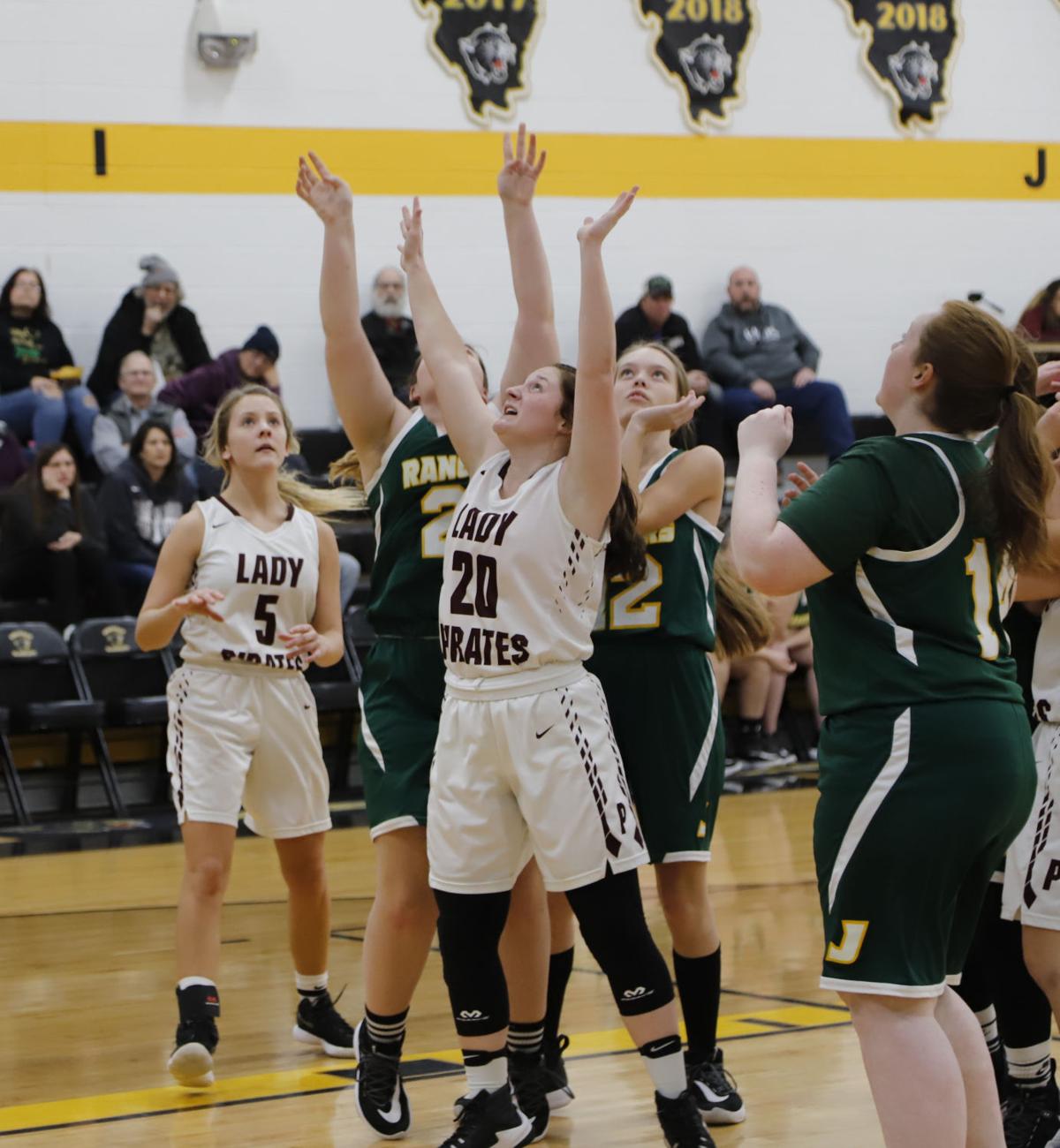 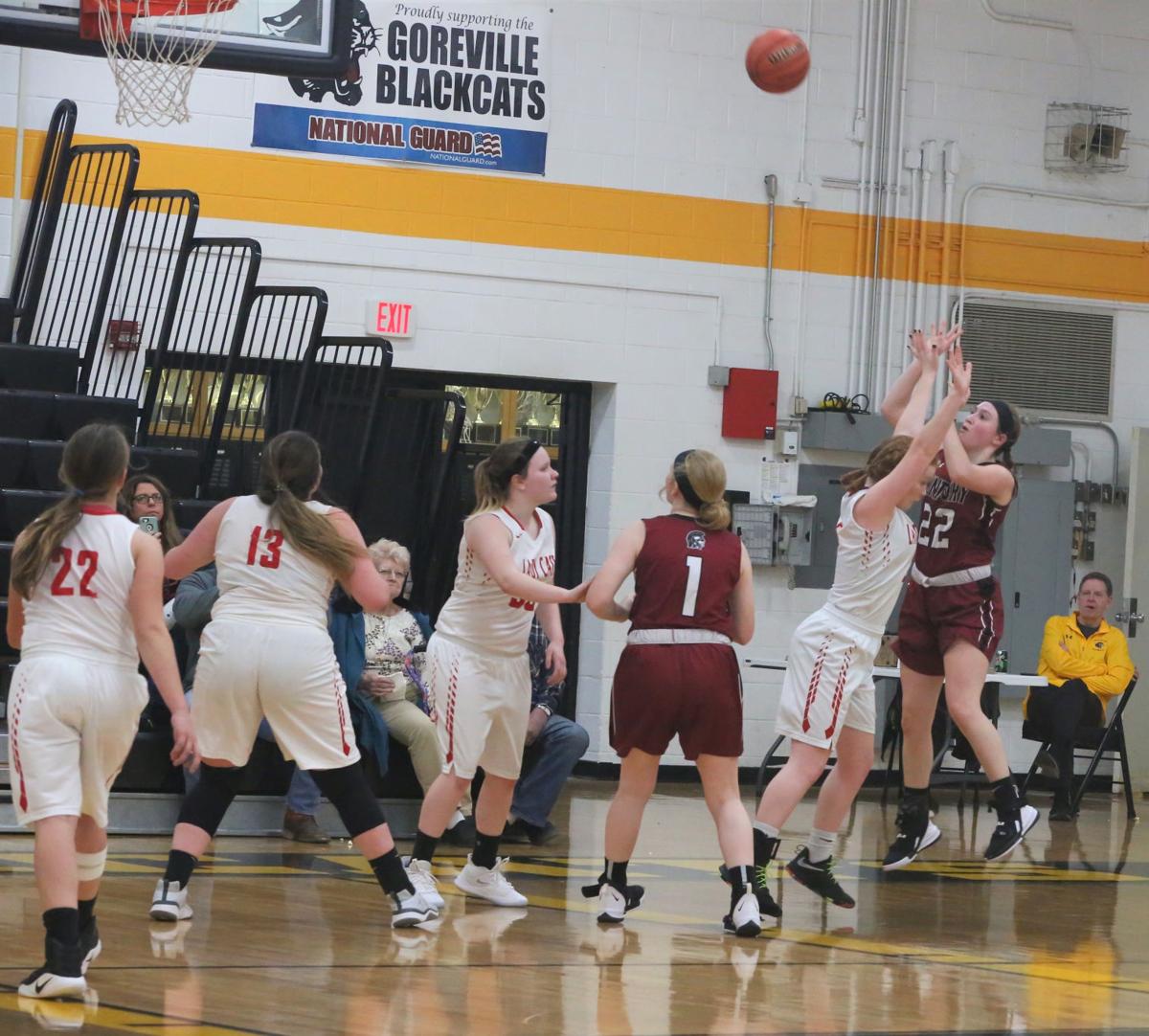 Century's Hannah Duke with two of her 23 points against Galatia. 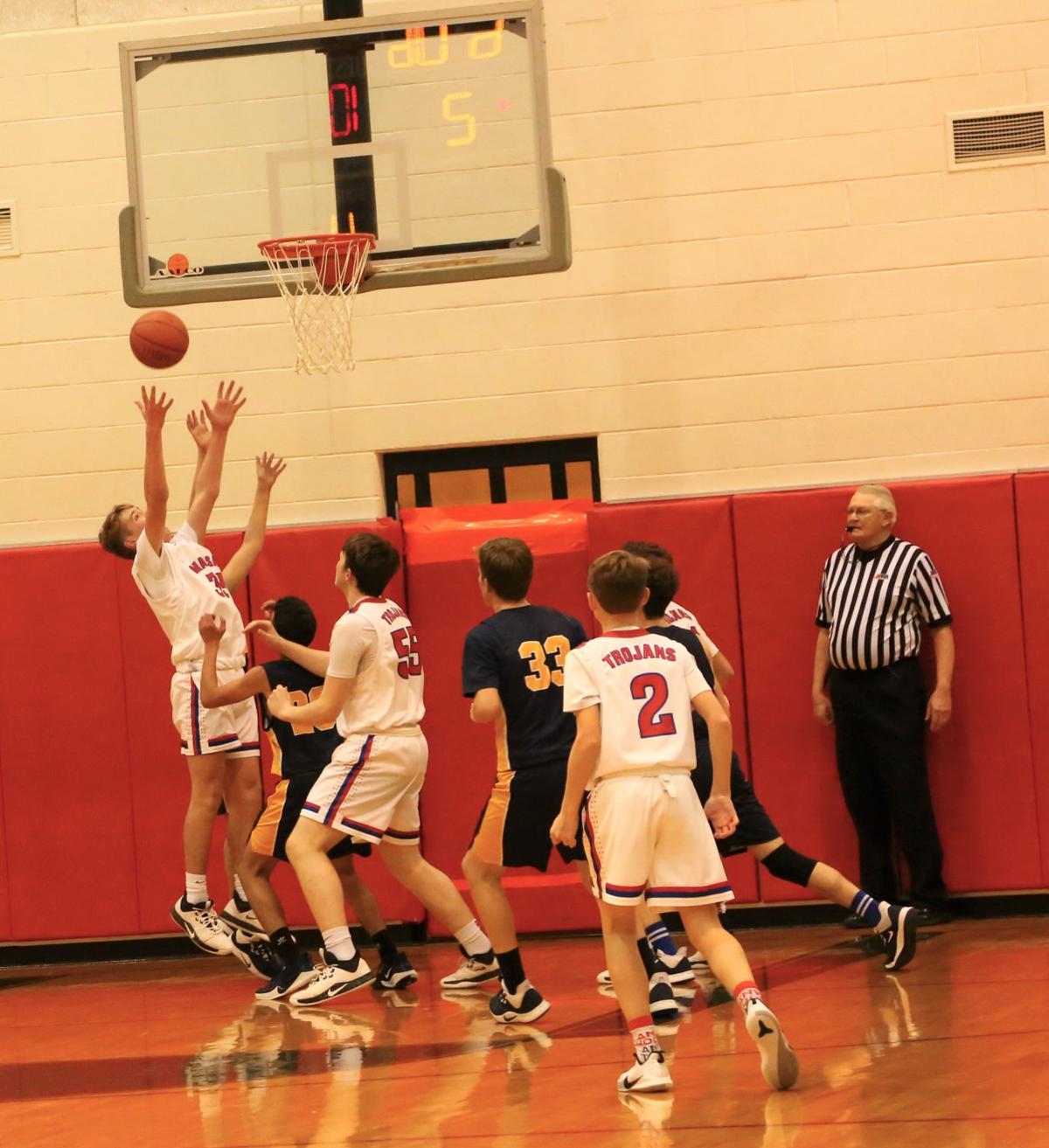 Jackson Lee pulls down the rebound in the Trojan’s final regional game against Marion.

Century's Hannah Duke with two of her 23 points against Galatia.

Jackson Lee pulls down the rebound in the Trojan’s final regional game against Marion.

The IHSA Class A and AA girls' basketball regionals are in full swing now with Massac, Century and Joppa all in action Monday night.

Monday night brought down the curtain on a difficult year for the Lady Rangers of Joppa as they dropped a 62-39 decision to Pope County. Ava McNeill-Stephens and Rachelle Cox led the ladies in scoring.

In the nightcap at the Class A opener in Goreville, Century ran away from Hardin County by the count of 56-22. Century got nice efforts from Hannah Duke and Sydney Gotway in the blow-out win.

The Lady 'C's were in quest of their 20th win of the season Tuesday night as they took on Galatia in the nightcap of the second round action. Century took the South Egyptian conference title with a 6-0 record.

That 20th win was not to be though as Galatia wore out the Lady 'C's on the boards and converted seven of ten free throws in the last two minutes of the game to ice the win.

A pair of Hannah Duke three-pointers kept Century tied with Galatia at 31 and again at 34, but Galatia had an answer for every Century move.

Three girls in double figures accounted for 80 percent of the Lady Bearcats scoring, led by Kate Bond with 15. Century had two girls accounting for three quarters of their scoring led by Duke with 23 points and Gotway with 11.

Galatia and Goreville will decide the regional winner Thursday night at 7 p.m.

Massac County's Trojans hosted the Marion [Class L] junior high regional and ran away with both their games to make it to Saturday's opening round of the SIJHSAA Championship tournament at Rend Lake.

In first round action the boys blew out Central Jr. High of West Frankfort 51-22 and then, in a little closer game, they drew away from Marion to post a 62-37 win in the regional finals. The win marked back-to-back regional titles for the Trojans.

The boys will take on Centralia in the 1:15 p.m. game Saturday at Rend Lake College.