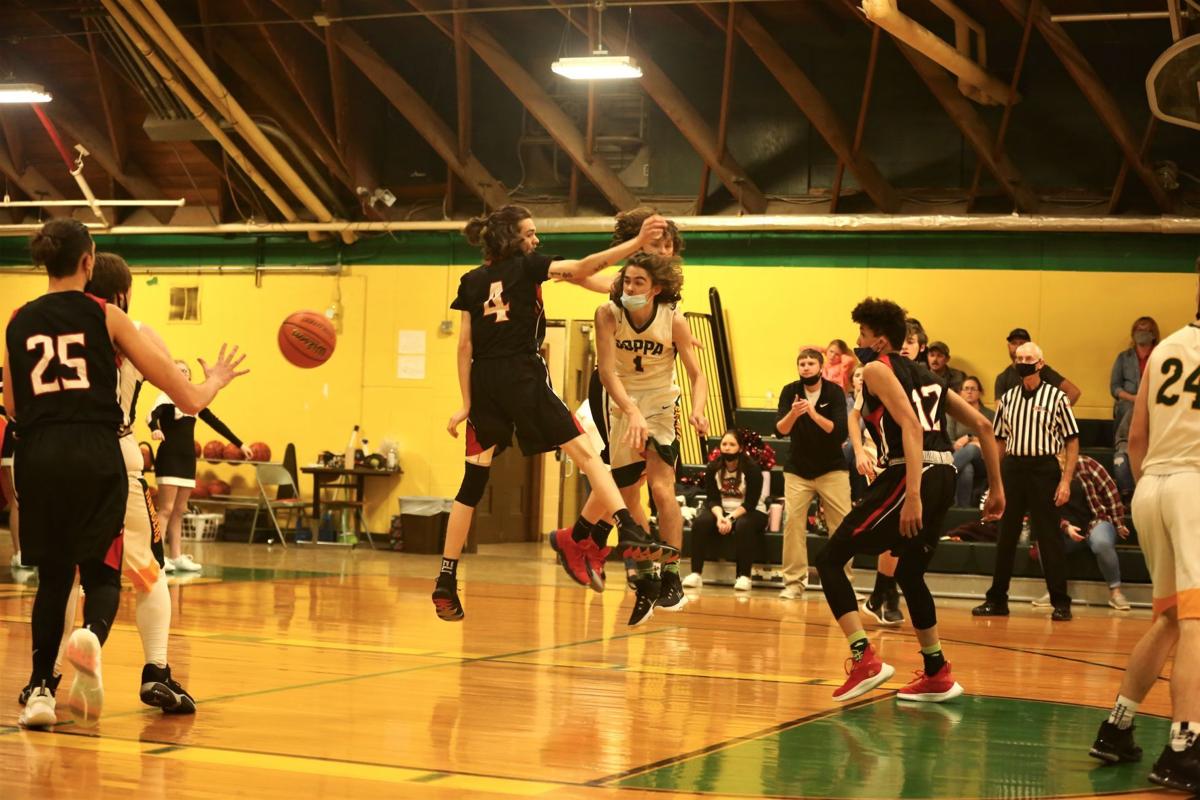 Above: Joppa’s Gunner Johnson rifles a pass to a teammate. Right: Joppa’s Josh McGinness on a breakaway against Shawnee. 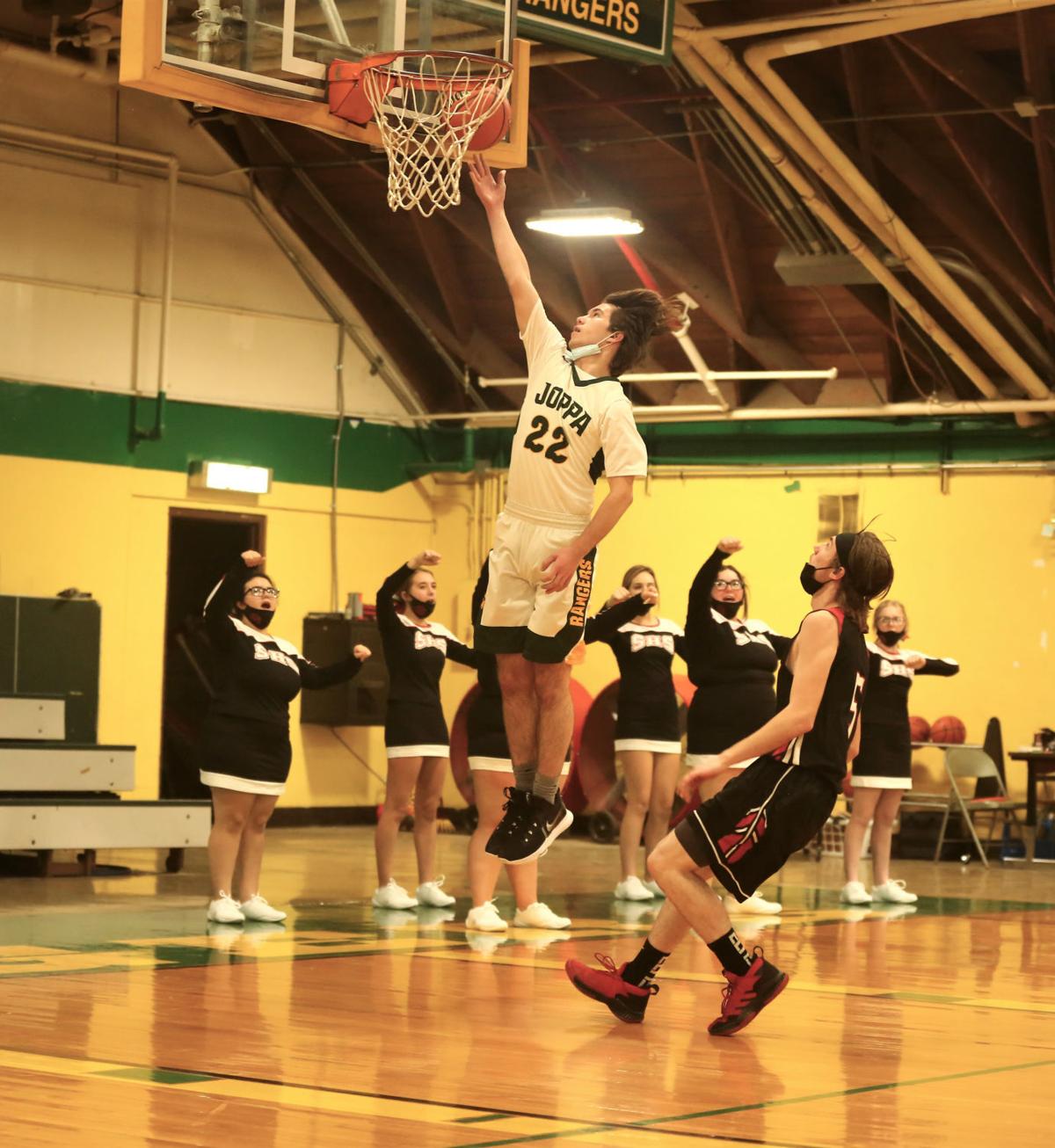 Joppa’s Josh McGinness on a breakaway against Shawnee. 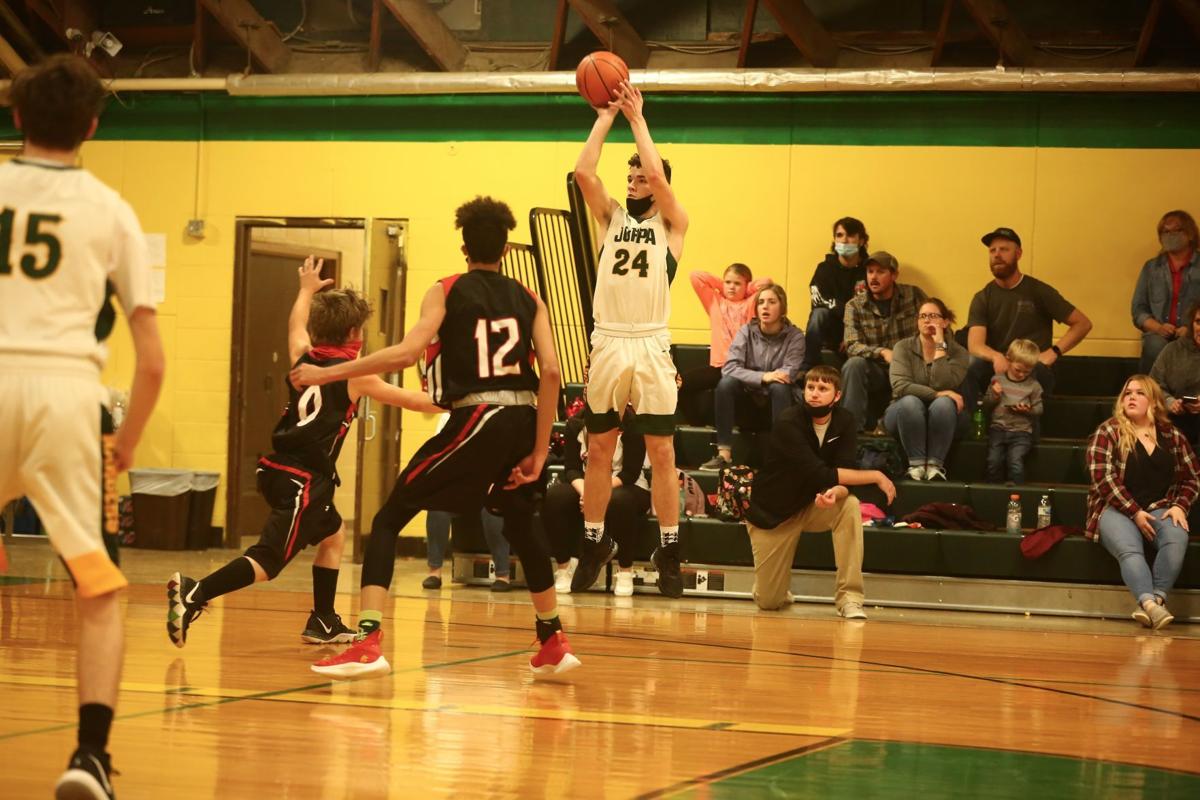 Joppa’s Jacob Smith rises for a jumper against Shawnee. 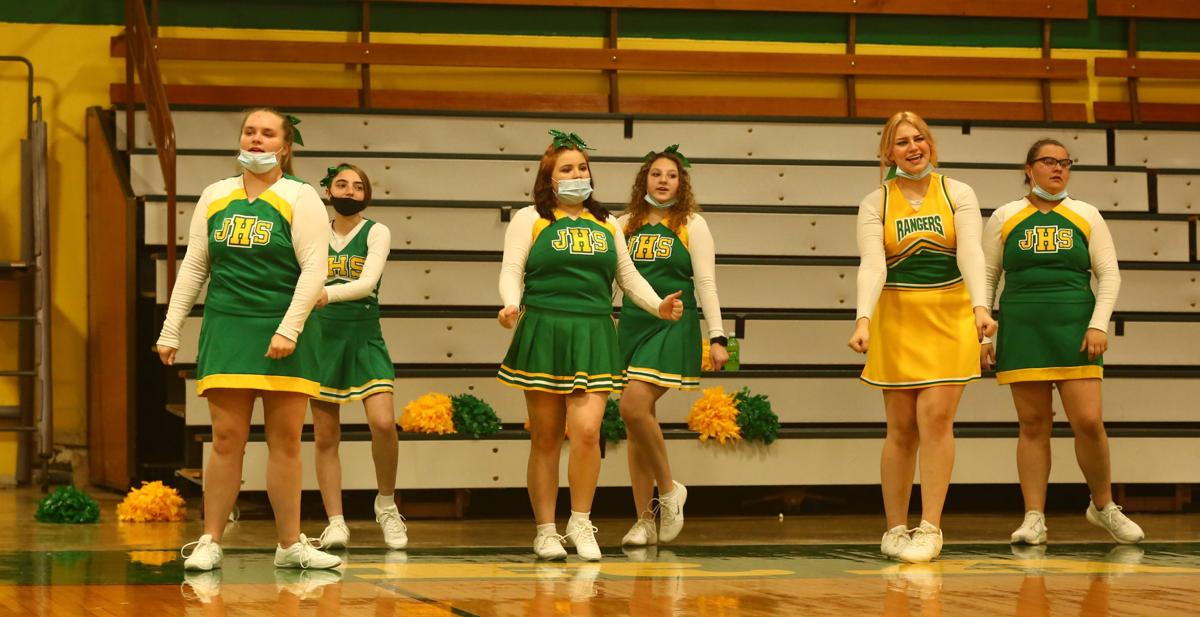 Joppa’s cheerleaders urge on the Rangers.

Above: Joppa’s Gunner Johnson rifles a pass to a teammate. Right: Joppa’s Josh McGinness on a breakaway against Shawnee.

Joppa’s Josh McGinness on a breakaway against Shawnee.

Joppa’s Jacob Smith rises for a jumper against Shawnee.

Joppa’s cheerleaders urge on the Rangers.

While Massac County was playing in the Vienna tournament, the boys at Joppa and Century were getting started on their 2021-22 campaign.

At Joppa, after a first game loss at Pope County on Nov. 22, “rookie” coach Kaleb Cox got his first win against an out-manned Shawnee team on Nov. 23.

One of the things I like about this job is getting to watch the lengths to which schools will go to field a team for their kids. The small Class A schools are particularly affected by low numbers. I’ve witnessed it at Joppa in different sports, and it was on display last week when Joppa took on the Shawnee Redskins from Wolf Lake.

In order to have a workable bench and with numbers insufficient to support a girls team, Shawnee played a couple of girls on the boys teams. And they did fine! Congrats to Cox and his Rangers on the win and to Shawnee for putting a team on the floor.

Jacob Smith led the Rangers with 21 points, Josh McGinness added 14 and Gunner Johnson tossed in 11. Joppa takes on Dongola next on Friday, Dec. 3.

The growing pains are coming fast for coach Mark Zahm at Century, as he knew they would.

The Centurions notched their only win in their first game against those same Shawnee Redskins on Nov. 22.

Up next was a scrappy bunch from Hardin County, and the Cougars prevailed over Century, 62-25, on Nov. 23.

Things got tougher from there as the Centurions took on West Frankfort on Nov. 27. This time, the margin was 78-28 as the Redbirds rolled.

Keep grinding, Coach Zahm, and keep the boys focused on improvement. “What doesn’t kill you makes you stronger!”

While winless so far, the Lady Rangers have battled against two of the better teams in their conference in Century and Meridian.

Having eight players compared to five has given coach Jori DeNeve a leg up on last year.

At Century, David and Vonda Dexter have just one loss on their ledger.

After the loss in the title game at Meridian’s Bobcat Classic in mid-November, the Lady Centurions trekked north to Cobden and pasted the Lady Appleknockers, 59-24, on Nov. 29.

In Monday’s win, the Lady Centurions held Cobden to six first quarter points and then tightened the screws a little more holding them to just three in the second frame.